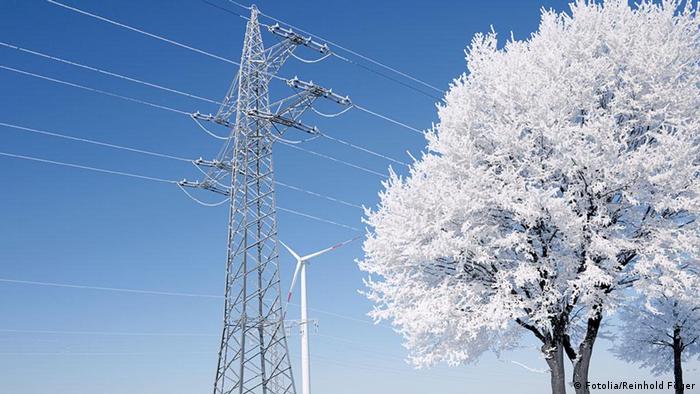 European households should prepare to pay even higher electricity and gas bills in the coming months. Some European countries, like Spain, are passing emergency measures like capping prices and limiting utilities' profits. The aim is to slow down the current price hike and avoid social and political repercussions.

"Climate and energy policies have become a cleavage and conflict line in our societies. That has to be politically hedged and managed to sustain social peace and avoid ramifications on the cohesion in the European Union," Kirsten Westphal, senior analyst at the nonprofit German Institute for International and Security Affairs (SWP), told DW.

The EU has plenty of programs to intervene in long-term measures to speed up the transformation of the energy systems and promote its plan of a so-called green recovery from the pandemic. The member states, whose budgets are already overstretched, are responsible for immediate measures to curb price jumps. But Spain is now calling for "a European policy menu predesigned to react to dramatic price surges."

The Spanish example shows that emergency measures will have consequences for energy companies, whose profits will decrease, affecting also their ability to invest in futureproof energy systems.

"This price crisis with spikes and huge volatility comes at the worst possible moment for the green recovery. It has destroyed capital heavily needed for investment in renewables and technologies," said Westphal.

Wholesale energy prices, the prices paid by energy companies, have more than doubled this year for many reasons, including the economy's stronger-than-expected rebound and limited supply of fossil fuels. Russia, for instance, is selling a limited amount of gas to customers on the European spot market. Some commentators even suggested that the strategy is intended to speed up the approval of the controversial Nord Stream 2 gas pipeline by EU market regulators.

At the same time, some energy infrastructure is being updated this year. It was originally subject to regular maintenance work last year, but then the pandemic arrived.

On top of it, there are temporary factors adding pressure, among them the shutdown of the electricity cable between Britain and France due to a fire, or the many power outages caused by extreme climate events.

"There is little evidence to suggest that the upside will stop any time soon," Tom Marzec-Manser, lead European gas analyst at energy consultancy ICIS, told DW.

The specter of high energy prices

These global trends added to weather conditions, which are undeniably key to gas and energy markets.

This sequence of weather events diminished the amount of gas available to be injected in underground facilities, which are normally replenished during the summer months as a form of insurance against additional demand during the following winter.

The role of climate change and carbon prices

According to think tank Ember, climate change is mainly to blame for the current situation, as it increases the probability of extreme weather events, which create market shocks and eventually result in higher energy prices.

"The recent IPCC report clearly states that human-induced climate change is causing weather and climate extremes across the globe. We have seen local evidence of this with the unprecedented floods in Germany this July, with hundreds of lives lost and reconstruction costs estimated to reach €30 billion ($35 billion). And this is just one of multiple incidents happening around the world every day," Sarah Brown, senior electricity analyst at Ember, told DW.

The ongoing transformation of energy systems is such that the limited generation of electricity from renewable sources pushes energy companies to use more fossil fuels. Given simultaneously high gas prices, the switch from gas to coal is a global phenomenon.

"Europe has seen less gas-to-coal switching than other markets due to its carbon market. If Europe had not had EU carbon prices, it would probably burn much more coal and generate much higher emissions than we currently see," Dubreuil said. 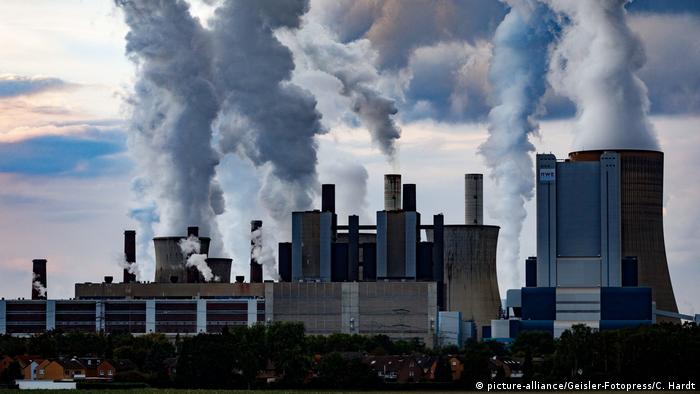 Coal is making an unexpected comeback, also seeing a rise by 30% in US energy production

Carbon prices are a pillar of the European strategy to make its economy greener. These prices doubled over the past year and reached new highs at the end of summer. Some politicians blamed carbon prices for the rise in total energy prices, but experts do not agree.

"It is the rise in fossil gas prices that is predominantly causing the hike in electricity prices. It is not carbon costs," said Frans Timmermans, vice president of the European Commission. "The carbon price increase only accounts for around one-fifth of the uptick in power prices," Ember's Brown argued. According to the analyst, the only solution is to speed up investments in renewables.

The oil and gas industry says that the role of gas in the energy transition is pivotal, and consequences on household bills are due to an underinvestment in gas capacity. In June, JP Morgan's head of Oil and Gas Research, Christyan Malek, said the bank had identified a $600 billion shortfall of upstream investment needed between 2021 and 2030 to meet global oil and gas demand.

Last week, Russian gas giant Gazprom decided not to maximize gas shipments to Europe, while Norway announced its intention to raise natural gas exports to the rest of Europe.

The impact on households, companies and national budgets will depend on these commercial decisions and other factors, including potential emergency measures adopted by governments throughout Europe.

Weather conditions will remain crucial, though. A cold winter will indeed increase energy demand, while extreme weather events could also cause supply disruptions.