A group of EU lawmakers has accused the Russian energy giant of manipulating the market in an attempt to pressure Brussels over the Nord Stream 2 pipeline. 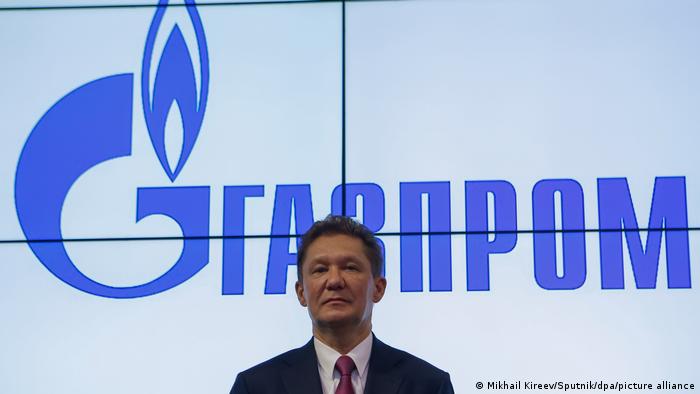 More than 40 members of the European Parliament asked the EU executive branch to investigate Gazprom, Brussels officials confirmed on Friday.

The appeal comes as energy prices strain household budgets across the European continent. The price of natural gas rose from around $300 (€256) per 1,000 cubic meters in early 2021 to more than $800 for the same amount this week.

"We call on the European Commission to urgently open an investigation into possible deliberate market manipulation by Gazprom and potential violation of EU competition rules," the lawmakers said in a letter.

They say energy providers pointed to Gazprom's actions to explain the rising prices, such as the company shutting down parts of its own production and refusing to book more volume through existing pipelines.

The role of Nord Stream 2

The members of the EU's 700-seat assembly suspect Gazprom is driving the prices up in order to "pressure" Brussels over the Nord Stream 2 pipeline. The massive project allows Germany to effectively double its gas imports from Russia, but the pipeline has not yet been cleared for use. While construction was completed last week, it may take months to clear bureaucratic hurdles and allow Gazprom to start delivering gas through Nord Stream 2.

Nordstream 2 is complete but controversy remains

The pipeline is controversial for giving Russia more sway over Germany and less power and profits to traditional gas transit countries such as Poland and Ukraine. Earlier this week, Kremlin spokesman Dmitry Peskov said it was "obvious" that an "early start of Nord Stream 2 [would] balance the price parameters for natural gas in Europe."

Both Gazprom and the Russian government denied deliberately manipulating the market. Gazprom boss Alexei Miller said prices were increasing because European stockpiles had been more depleted than usual due to the cold winter and spring, which in turn delayed resupply.

On Friday, the company said it was delivering everything that was agreed upon in existing contracts and was also attempting to meet additional demand.

Gazprom is majority-owned by the Russian state and closely linked with the Kremlin. The company is known for repeatedly cutting off gas to Ukraine coinciding with political crises between Kyiv and Moscow.