The high temperatures were particularly severe in countries such as Italy, Greece and Spain. The continent experienced a variety of extreme weather events this summer, including deadly flooding and wildfires. 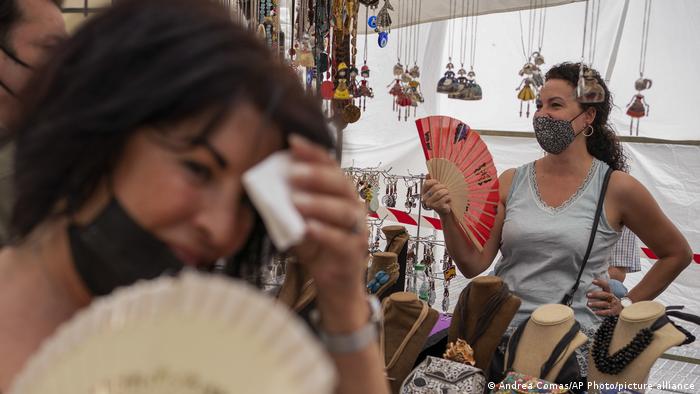 Temperatures were particularly high in southern European countries such as Spain

The record-breaking summer heat comes amid growing warnings from climate scientists that time is running out to prevent the worst effects of climate change.

What did the climate change monitor say?

Copernicus found the average temperature from June to August this year was close to 1 degree Celsius above the 1991-2020 average.

The service said this summer was the warmest in its dataset, which goes back to 1950.

The temperatures were particularly severe in Mediterranean countries such as Italy, Greece, Turkey and Spain.

The Italian region of Sicily experienced a temperature of 48.8 degrees Celsius (119.8 degrees Fahrenheit) in August, the highest temperature ever reported in Europe.

The publication of the data comes after Europe witnessed numerous extreme weather events this summer.

Wildfires raged not only in Italy, Greece, Turkey and Spain amid scorching heatwaves, but also in France, Portugal and Russia.

Germany, Belgium and several other European countries experienced their worst flooding in decades, leaving a total of 242 people dead.

Scientists believe the phenomenon of global warming is driving these extreme weather events.

A recent report found glaciers in southern Europe on the Pyrenees mountain range between Spain and France will shrink to ice patches in the coming decades due to the impact of climate change.

The upcoming 2021 United Nations Climate Change Conference (COP26), where world leaders are expected to discuss progress in the fight against global warming, is expected to take place from October 31 to November 12 in Scotland.