Researchers say the Greenland ice sheet shed enough water in one day "to cover Florida with two inches of water." Experts fear an acceleration of the trend as atmospheric patterns change and temperatures rise. 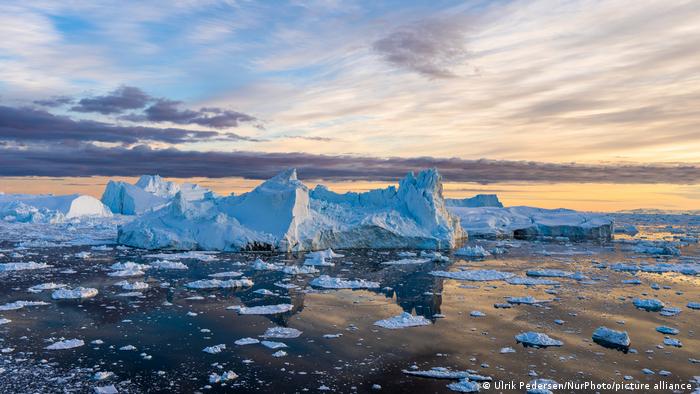 The Greenland ice sheet experienced a "massive melting event" this week, releasing enough mass "to cover Florida with 2 inches (5 centimeters) of water" according to Danish government researchers who monitor the ice sheet.

The researchers, who post the results of their monitoring on the website Polar Portal, said the melting event on Wednesday was the third-largest single day loss of ice in Greenland since 1950 — with the others happening in 2012 and 2019.

Although the 2019 event was larger by volume, researchers say Wednesday's event affected a bigger area.

Why did so much ice melt?

An estimated 22 gigatonnes of ice melted from the sheet on Wednesday.

More than half of that mass (12 gigatonnes) flowed into the ocean according to climate scientist Xavier Fettweis of the University of Liege in Belgium.

He noted that prior heavy snowfall allowed the remaining 10 gigatonnes to be absorbed and potentially refrozen.

A gigatonne is a unit of mass equivalent to one billion metric tons or 2.2 trillion pounds.

Scientists have pointed to changes in atmospheric circulation patterns as a determining factor, noting that the exceptionally rapid melting followed warm air being trapped over the Arctic island.

On Thursday, thermometers in the region hit 23.4 degrees Celsius.

What's at stake if Greenland melts?

Scientists are concerned that if atmospheric patterns continue to trap ever warmer air, it may lead to an amplified feedback loop that accelerates further melting.

The melting is especially increased as more dark earth is exposed to the sun's rays, absorbing rather than reflecting them as the ice does.

Researchers say the ice sheet began losing mass in 1990, and that shrinkage has accelerated since 2000. They also noted that the mass loss in recent years is approximately four times greater than it was before 2000.

Greenland, the world's largest non-continental island, is also home to the only permanent ice sheet on earth beyond Antarctica.

That fact makes it the second largest mass of fresh water on the planet — the Greenland ice sheet and Antarctica contain 70% of the world's fresh water.

Scientists estimate global sea levels could rise between 6 and 7 meters (20-23 feet) if the sheet were to melt entirely.