Prospectors for new oil and gas reserves in Greenland can forget it: The arctic island government plans to stop issuing new licenses, saying it takes the "climate crisis seriously." 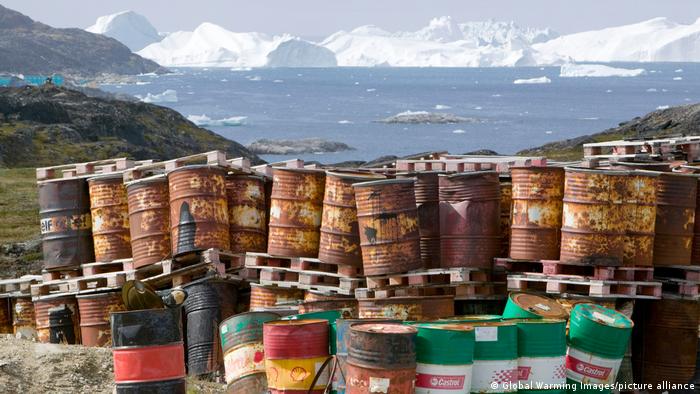 Greenland's natural resources minister Naaja Nathanielsen said the environment and climatic impacts of further oil and gas extraction had been assessed as being "too high" when weighed against potential financial gains, and was therefore being stopped.

And, not issuing further exploration licenses was a "natural step," because Greenland took the "climate crisis seriously," according to the vast Arctic island's Cabinet led by Prime Minister Mute Agede.

"The future does not lie in oil. The future belongs to renewable energy, and in that respect we have much more to gain," the cabinet said, stressing sustainable farming of its natural resources such as fisheries stemming from Inuit traditions.

Energy minister Kalistat Lund said Greenland was experiencing "the consequences of climate change in our country every day" and took " climate change seriously."

Its parliament, the Naalakkersuisut, was working to attract new investments "for the large hydropower potential that we cannot exploit ourselves," Lund said. 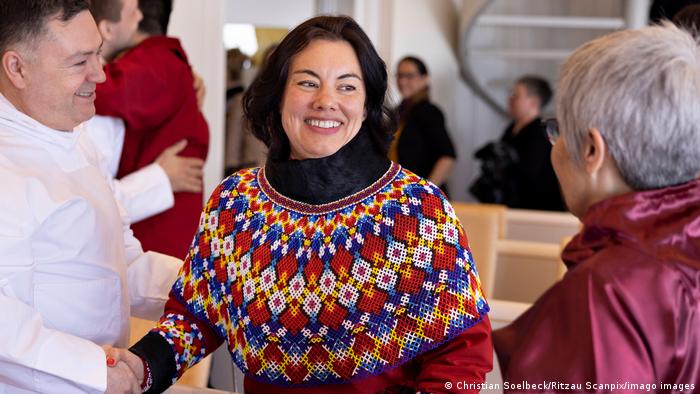 Natural resources minister Naaja Nathanielsen said the step was made based on 'climate considerations, environmental considerations and economic common sense'

For the climate, but also down to scant scope for profit

However, the report also noted that the exploration work done in recent years suggested low profitability on most of the identified oil and gas reserves, with some even likely to cost more to extract than it would be worth.

Oil and gas exploration since the 1970s involved Shell, Chevron, ExxonMobil and Eni but drilling came up largely dry — despite US Geological Survey and Danish estimates of oil along Greenland's west coast and gas off its east coast.

Greenland has issued four existing hydrcarbon licenses to two small companies, it cannot annul these as long as the companies continue operations at the sites.

"My understanding is that the [exploration] licenses that are left have very limited potential, Greenpeace Nordic's general secretary told the weekly Danish tech-magazine Ingenioeren.

But since April's snap elections and a change in government, with Agede's Inuit Ataqatigiit party taking power after a campaign with a heavy focus on natural resource policies, political bids to limit such activities have started to pick up pace.

Currently drafted in is parliament is a bill to ban in the future "preliminary investigation, exploration and extraction of uranium."

Nuuk gained self-rule in 2009, including sovereignty over mineral resources, with Denmark retaining control over currency, foreign relations and defense.

The island is still financially supported by Denmark, and natural resources exploration was seen by some in Greenland as a potential path to more complete independence.

China too pursued stakes in exploration, including the Kvanefjeld uranium and rare earth deposit on Greenland's southern edge — via an Australian company, Greenland Minerals, backed by the Chinese group Shenghe.

Rare earths, a group of 17 metals, are necessary to make high-tech devices such as smart phones, flat screen displays, electric cars and weapons.

Greenland Minerals, after three successful rejections, got formal approval from Greenland's previous government last year. However, on winning April's vote, Prime Minister Mute Agede said his party would do everything it could to halt the project.

US vows to check 'aggressive' China, Russia in Arctic

The eight-member Arctic Council is meeting in Finland as thawing of polar ice has some countries scrambling over the earth's untapped resources. The US is set to strengthen its presence in the region.

February 2021 call to Denmark, Nuuk and EU to protect Greenland and wider Arctic