The outcome of parliamentary elections could seal the fate of one of the world's richest uranium and rare earth minerals deposits. 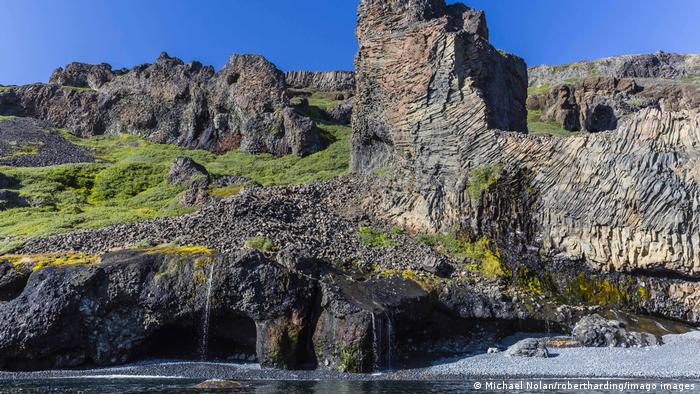 Greenlanders cast their ballots in an early parliamentary election on Tuesday.

The result could decide whether the Kvanefjeld mine project gets the go-ahead in the semiautonomous Danish territory.

The country's ruling social democratic Siumut and main opposition Inuit Ataqatigiit (IA) parties are split on the issue, Siumut arguing in favor and IA against.

What is the Kvanefjeld mine project?

The project would see a large mining complex built at Kvanefjeld in the south of the island to dig for uranium as well as rare-earth metals, such as neodymium. These are used in a wide array of sectors and products, including smartphones, wind turbines, microchips, batteries for electric cars and weapons systems.

Estimates show the Kvanefjeld mine could hold the largest deposit of rare-earth metals outside China.

The rare earth reserves have previously raised international interest by countries hoping to balance out China's control of 90% of supply worldwide of rare earth metals.

Given the materials' importance when making almost any modern military equipment, for instance, China's domination of the market is seen by some as a national security threat.

In 2019, former US President Donald Trump said on Twitter that the US should consider buying Greenland from Denmark.

The London-based Polar Research and Policy Initiative said recently that the intelligence-sharing alliance known as Five Eyes should forge ties with Greenland to boost supplies of critical minerals and cut dependence on China.

Greenland's parties are split on the project

The Siumut party argues the mine would yield an economic windfall.

Siumut party leader Erik Jensen has said the mine would be "hugely important for Greenland's economy," helping diversify revenues and achieve greater independence from Denmark.

The economy still heavily depends on subsidies from Copenhagen, which amount to €526 million per year ($620 million) — a third of Greenland's budget.

The left-leaning and environmentalist IA party and other opponents say it could harm the vast island's environment  that is already experiencing the effects of climate change. The party has a zero-tolerance policy for uranium mining.

A poll published Monday by newspaper Sermitsiaq showed that 63% of respondents were against the mining project, although only 29% were against mining in general, news agency AFP reported.

Who is likely to win?

The election campaign for parliament's 31 seats has also centered on fishing — the main driver of Greenland's economy. 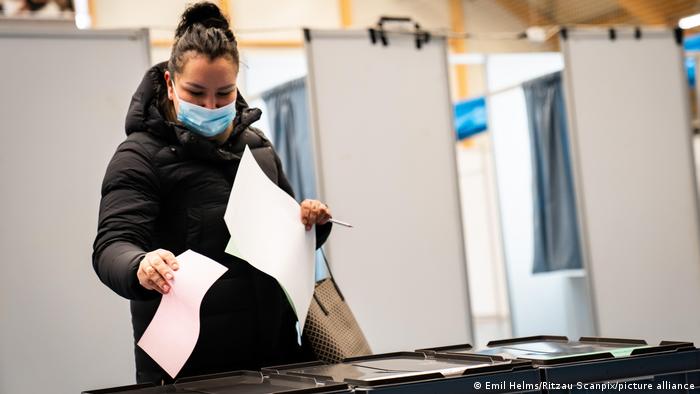 Final results from the ballot are expected on Wednesday

On the island nation where are 90% of its 56,000-strong population are indigenous Inuit people, social issues and cultural identity have also been part of the campaign.

Opinion polls before the election showed the Siumut Party, which has led all governments since 1979 except for one period between 2009-2013, trailing IA.

Observers stress political surveys in Greenland have proved to be uncertain and subject to rapid swings with only approximately 40,000 eligible voters.

Correction: A previous version of this article stated that uranium was a rare earth metal. This has now been corrected. We apologize for the error.