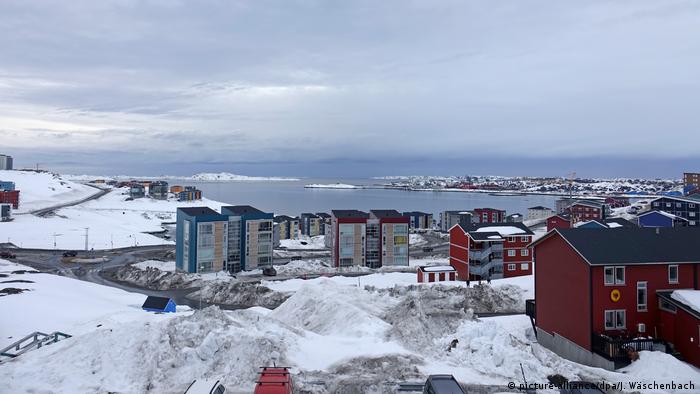 The last time the US opened a consulate on Greenland was in 1940. The German Army had just invaded Denmark and the Americans wanted to stop the Nazis gaining a foothold in the middle of the Atlantic Ocean.

This summer the US is reopening its diplomatic mission in Nuuk for the first time since 1953, as well as offering the island nation $12 million (€11 million) in investments. The money will be used to boost the territory's mineral industries, tourism and education.

The United States' goal this time is exactly the same it was 80 years ago. A US State Department official said a press briefing that it wants "a secure and stable Arctic where US interests are safeguarded." But this time around it's not Germany the US sees as challenging its interests. Now it's Russia and China.

Greenland not for sale

Greenland is an autonomous territory of the Kingdom of Denmark. Since 2009, a self-government agreement allows it run all its own affairs except foreign policy and defense, which fall under Denmark's remit.

Sara Olsvig was leader of Greenland's largest opposition party, Inuit Ataqatigiit, until October 2018 and is about to begin a doctorate on US-Greenland relations. "The self-government agreement from 2009, in which we are also recognized as a people in international law, is still something that is the foundation of how we see ourselves in the world as a people," she explains.

Unimpressed by Greenlanders' increasing independence and seeking more US influence, US President Donald Trump suggested he could buy the island from Denmark last year.

"That was a whole part of President Trump stating his wish to purchase Greenland, which was forgotten in the debate. That we are a people pursuant to international law, and we perceive ourselves as such, with the right to self-determination that comes with that recognition," says Olson. 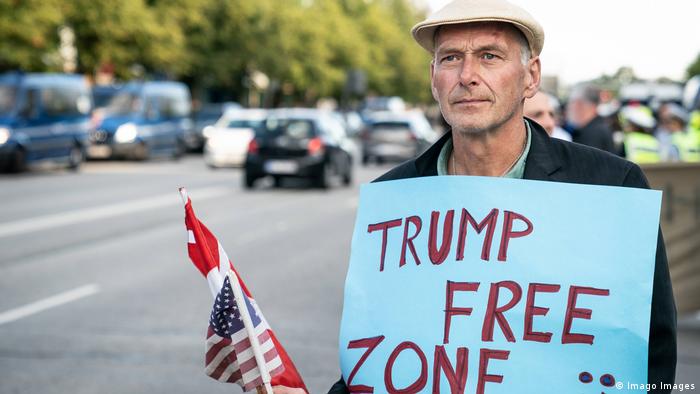 Trump's rhetoric on Greenland didn't go down well with locals

Much to Washington's chagrin, Greenland's growing independence means more opportunities. As it seeks to boost its economy, the island has been making overtures across the globe for trading partners.

East Asia is its largest export market for fish — Greenland's largest industry — and the government has been looking into the idea of establishing an East Asian consulate. A Chinese state-owned mining company, Shenghe Resources, has taken a leading role in processing minerals, which are used in technology projects, from Greenland's largest mining project.

"Greenland is open for all. It's certainly not up for sale, but it is open to business," summarizes Louise van Schaik, head of unit EU and global affairs at the Clingendael Institute in The Netherlands.

The possibility of new business is primarily driving China's push for influence in Greenland and the Arctic, argues van Schaik. "China's interest in the Arctic comes from wanting to have a stake in any new sea lanes and rare earth minerals. Its strategy is to create a presence there," she explains.

"Looking at Greenland specifically, it has those rare earth minerals, and it is also a significant fish market for China." 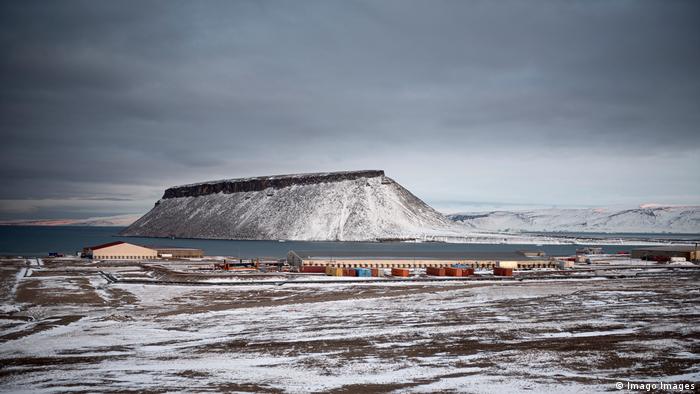 As well as economic interests, Russia has security concerns about the US extending its influence over the Arctic. The US maintains the Thule Air Base in the northwest of Greenland, which gives it a strategic point to monitor satellites and intercontinental missiles, as well as launch aircraft.

"The Arctic is important militarily for Russia, as it's the home of its nuclear fleet and Russia needs to make sure it is protected and has access to the North Atlantic between Greenland and Iceland," says Ekaterina Klimenko, a researcher in Russia and the Arctic at the Stockholm International Peace Research Institute. "Any aggression in the region makes this more difficult."

She says recent policy documents released by Russia show a continuation of Arctic policy, although politicians have become more forceful in their language. "There are signals of increasing tensions, especially from the US, and we have heard harsh rhetoric in response from [President Vladimir] Putin himself."

At the same time, Russia has a longstanding and deep cultural connection to the Arctic that China lacks — most notably in the form of its Soviet-era adventurers from the 1930s, who were world leaders in Arctic exploration. "Although it's not mentioned explicitly, the Arctic is culturally important to Russian identity. It is a great power with a long history in the region, and it does not want to lose that," adds Klimenko.

As the sea ice continues to retreat in the Arctic, offering new economic opportunities, arguments between China, Russia and the US will increase.

"All the time Greenland needs to adapt to this new reality where there is a harsher rhetoric about the Arctic from the US towards China and Russia and find new ways to deal with that new situation," says Olsvig.

"As stated by the government of Greenland numerous times, Greenland wishes the Arctic to be a low-tension region where good relations and cooperation among the Arctic states and nations continue."

Greenland's position in the Atlantic is as strategically important as it was in the 1940s, but turning that into an advantage will be a delicate balancing act.