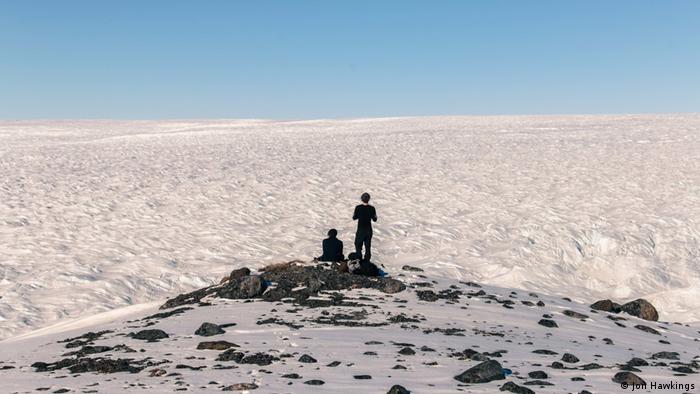 When British environmental geochemist Jon Hawkings arrived in Greenland for the first time in 2012, he was impressed.

He went to the Arctic with a group of international scientists. Their goal was to investigate the relationship between nutrients entering coastal ecosystems from glacial meltwater. But the group's research took an unexpected turn.

The scientists analyzed samples from meltwater rivers and fjords and found concentrations of dissolved mercury among the highest ever recorded.

Despite it being a pristine and remote environment, with no industrial activity or apparent source of pollution, runoff water coming from three different glaciers in southwest Greenland contains as much mercury as water in far more industrialized areas.

"Mercury concentrations this high would usually only be seen in quite contaminated systems. We compare it to contaminated rivers in China, because that's where similar kinds of concentrations have been found before," Hawkings, who is the lead author of the study published in Nature Geoscience, told DW.

Normal amounts of dissolved mercury in rivers are around 1 to 10 nanograms per liter (ng L-1 ). According to Hawkings, that is comparable to "a grain of sand in an Olympic size swimming pool." But in the water samples from southwest Greenland, the researchers found values of 150 ng L-1, far higher than average.

Unlike what is seen in China, the evidence indicates that the mercury in Greenland originates from natural geological sources in the ice sheet bed.

The findings were a surprise. Back in 2012, the scientists casually took water samples to test for mercury. Their intention was "to get an idea of what mercury concentrations were in the meltwaters, just because we could measure it," Hawkings recalled. That was when they came across high concentrations for the first time. At that point, however, the data was limited, as it was a pilot study.

When the group went back to Greenland in 2015 they decided to investigate a little more in detail, and again obtained similar results. Three years later, in 2018, they returned to the same region once more. The results confirmed what was first observed in 2012 and 2015.

"I just didn't quite believe it! Because the numbers were so high, it was so unexpected," Hawkings said. "As a scientist, there was an element of excitement, of finding something new that nobody else had looked at before. But also concern." 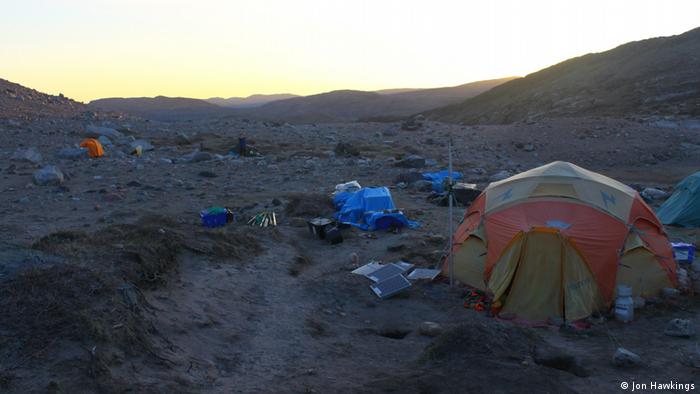 The group of researchers camped in front of the Leverett Glacier, where they collected some of the samples

Why is mercury an issue?

Mercury (chemical symbol: Hg) is a toxic heavy metal that occurs naturally in air, water, and soil ― through volcanic eruptions, for example. Its presence, however, is amplified through pollution caused by human activity. Coal power plants and gold mining, for instance, are responsible for much of the mercury released into the environment.

The World Health Organization (WHO) classifies mercury as one of the top 10 chemicals of major public health concern. Exposure to it, even in small quantities, can lead to numerous health problems including toxic effects on the nervous, digestive and immune systems, as well as in organs such as lungs, kidneys, skin and eyes.

Consumption of seafood is one of the main reasons for overexposure to mercury. The element accumulates in organisms and enters the aquatic food chain as methylmercury, which is its most toxic and concerning form.

The concerns about mercury's consequences for the environment and its effects on humans are so significant that in 2013, governments agreed to the Minamata Convention on Mercury. The global treaty entered into force in 2017. It requires countries to take action by addressing anthropogenic (human-caused) mercury emissions and phase out a variety of mercury-containing products, such as batteries, fluorescent lamps and thermometers.

But, as Hawkings points out, the Minamata Convention "doesn't take into account these climatically sensitive natural sources that are much more difficult to manage than, say, closing a coal-burning power plant."

The study's results imply that the international community should start focusing on this issue. 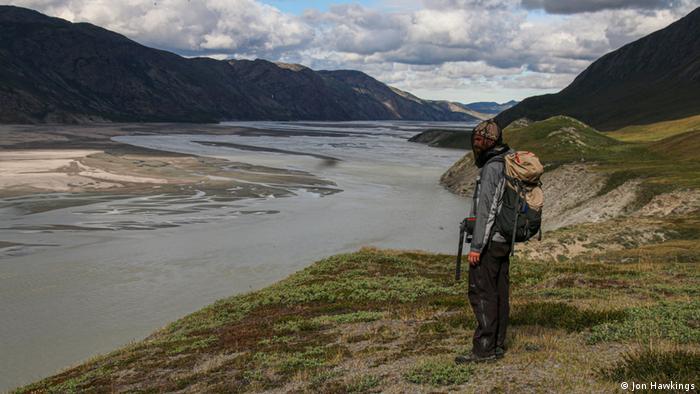 Dangers may increase with global warming

Despite naturally originating from the ice sheet bed, the mercury found in Greenland raises concerns. One of them has to do with global warming. Around 10% of the world's land area is covered by glaciers. As glacial systems increasingly melt, Hawkings affirms that should the results found in southwest Greenland be true to other parts of the island as well, a concerning trend could take place.

"Glaciers melting may mean more mercury in rivers and potentially in coastal systems," he said.

Linked to that is another point of alarm: The mercury could potentially endanger the health of Greenland's Indigenous people. Fishing is a primary food source and economic activity for these populations. The island is, in fact, a major exporter of shrimp, halibut and cod.

The degree to which mercury has made its way into the food web is uncertain, as the study only measured its concentration in water, so it remains difficult to assess the risks. "It's unclear yet just how dangerous the situation is for Indigenous populations of Greenland at the moment," said Hawkings. 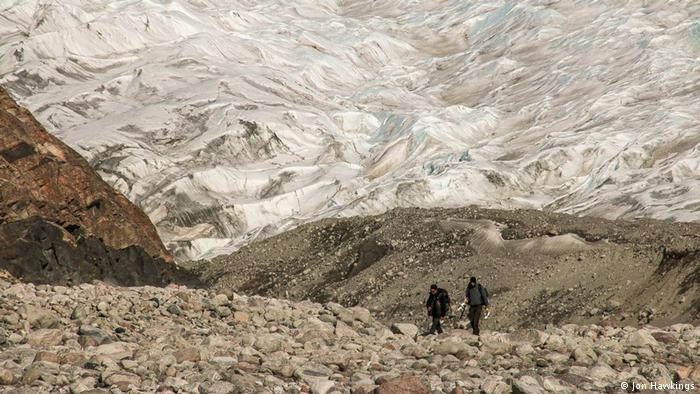 Hawkings thinks it's urgent to learn more, as the Arctic systems are still understudied. How wide the effect is in Greenland, whether the mercury is going into coastal ecosystems and how local populations could be affected constitute some of the most important study topics to be explored.

"If the ice sheet is a source of mercury and it could exacerbate some of those effects, then people need to know about it and how to manage it," said Hawkings.

Minimal temperature increases like 1.5 or 2 degrees Celcius might sound insignificant, but when it comes to our planet they can have a massive impact. DW looks at the facts.