Why Germany′s Finance Ministry has become a battleground | Germany | News and in-depth reporting from Berlin and beyond | DW | 24.10.2021 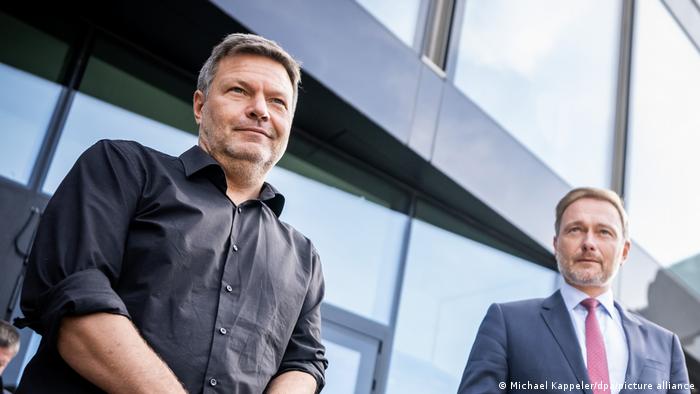 Germany is one step closer to a new government. Official coalition talks have begun between the center-left Social Democrats (SPD), the environmentalist Greens and the neoliberal Free Democrats (FDP). The parties have said the talks will last until at least the end of November, and the question of how portfolios and ministries will be divided up will only be answered at the very end.

It may come as no surprise that the Greens and FDP are fighting over the key post of finance minister.

"It's the most influential role apart from the chancellor," explained Uwe Jun, a Trier-based political scientist and party researcher. That's because the finance minister submits the budget and "policy-making has a lot to do with financial resources," he added.

Even if it is parliament that ultimately chooses whether to adopt a budget, the preliminary planning is done in the Finance Ministry. In the ministry, a huge building on Berlin's Wilhelmstrasse with more than 2,000 staff, they look closely at the financial requirements of all government departments and draw up the budget together with them. 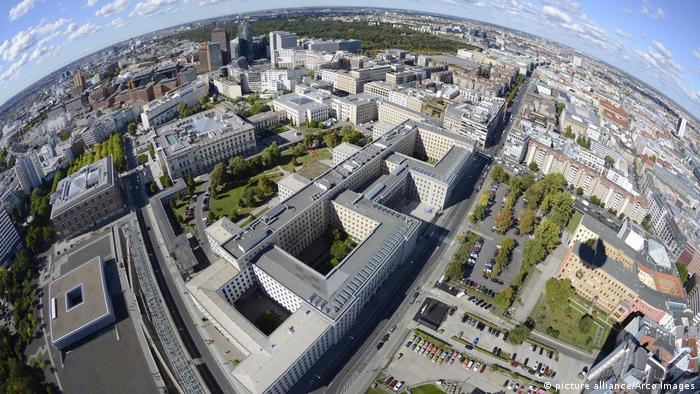 As such, the two finance ministers of the last 12 years, Wolfgang Schäuble of the conservative Christian Democrats (CDU) and Olaf Scholz (SPD) have exerted "considerable influence," Jun told DW. Scholz is now likely to be Germany's next chancellor.

Hans Eichel from the SPD was finance minister from 1999 to 2005. He told German radio station Deutschlandfunk that he felt "strong" in the role — but added that for a government to be successful, collegial cooperation is more important than strong ministers.

The finance minister can veto all other ministers in the Cabinet. However, this is a "blunted sword," said Eichel. The veto can be overruled by a simple majority, so if the finance minister does not get his way, he or she would not emerge strengthened but weakened.

Political scientist Jun believes it's better for a finance minister to build mutual trust and look for solutions together, instead of confronting other ministers.

"No group in Brussels is as influential as ECOFIN, the EU's Economic and Financial Affairs Council," he said.

Jun agrees, pointing to former Finance Minister Schäuble, who always insisted on compliance with the EU Stability and Growth Pact, and Scholz, who used his influence in EU decision-making during the coronavirus crisis.

Additionally, the finance minister represents Germany at the Eurogroup, which steers the monetary union, and on a global level at the G20, a group of the world's most powerful economies formed in 1999.

The last five finance ministers had all held significant positions before their appointments. Four of them were state premiers, and Schäuble had previously been federal interior minister.

Eichel said it's not necessary for the minister himself to be a finance specialist as "the good experts are all in the ministry." The minister's role is instead to lead them to good decisions.

Neither Christian Lindner of the FDP nor the Greens' Robert Habeck have studied economics. Lindner has no ministerial experience, but Habeck has governed at state level — he was deputy premier and headed the Environment Ministry in the northern state of Schleswig-Holstein for six years.

It's an advantage for a finance minister to understand government departmental coordination "from the inside," said Jun, because the Finance Ministry has to coordinate a great deal. In Lindner's case, his personal experience in these matters is "rather thin," he added.

Jun also pointed out that the Greens, for example, are worried about whether they would be able to implement their climate protection goals with Lindner as become finance minister. The FDP's priorities are market-based instruments and incentives for technological solutions, while the Greens are more inclined to state regulation and direct government funding.

For the FDP, Jun said, this post is particularly important because financial and economic policy is at the party's core.

Fearing a loss of face

Current Finance Minister Scholz scored points in the coronavirus crisis and after the flood disaster in the summer with promises of aid for companies and those affected. Now he is in line to become chancellor.

But Jun does not expect the coalition to fail because of the dispute over the Finance Ministry. The SPD, FDP and Greens have all told the public that they want a coalition of new beginnings and have spoken of trust and a high level of willingness.

Jun said if they now failed in the allocation of posts, "all parties involved would lose face."

Full text: What SPD, Green Party, FDP have agreed on

Opinion: German coalition talks have a long way to go

The road to a new German government has become clearer: The SPD, Greens and FDP have agreed to coalition talks. So far, things may have gone well, but negotiations won't be easy, writes DW's Kay-Alexander Scholz.