Can Germany′s Greens and Free Democrats work together on climate? | Germany | News and in-depth reporting from Berlin and beyond | DW | 01.10.2021

Can Germany's Greens and Free Democrats work together on climate?

Germany's Green Party and the business-focused Free Democrats aren't natural partners on climate. Could they reconcile their ecological and economic interests and potentially work together in the next government? 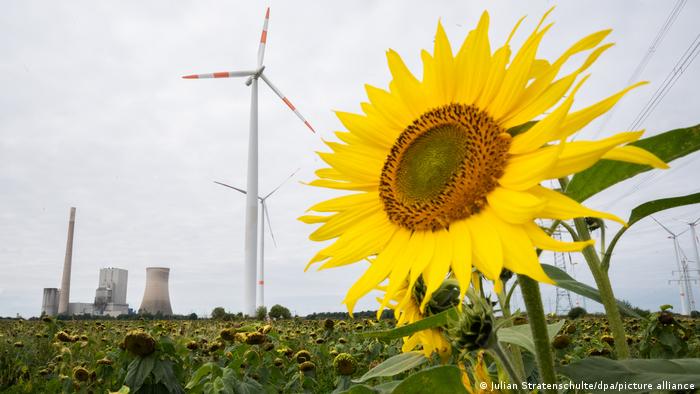 In the election campaign, Germany's potential kingmaker parties had staked out clear positions. For the neoliberal Free Democrats, or FDP, the Greens were an "anti-innovation party that wanted to ban things." FDP Party leader Christian Lindner campaigned with phrases like "Green debt (...) will not happen with the FDP!"

For the Green Party, the FDP's Party program lacked concrete plans for climate protection and many members must have been against the thought of a "citrus alliance"– referring to their colors of lime for the Greens, and lemon-yellow for the FDP.

But ever since it's become clear that the Greens and the FDP will in all likelihood be part of the new government, the rhetoric has been toned down.

Green Party leaders, Annalena Baerbock and Robert Habeck met with FDP leader, Christian Lindner and Secretary-General Volker Wissing this Tuesday evening. All four posted a photo of them themselves, smiling together, on Instagram. "In the search for a new government, we are looking for common ground and bridges across divisions. And even finding some," the caption read. "Exciting times." 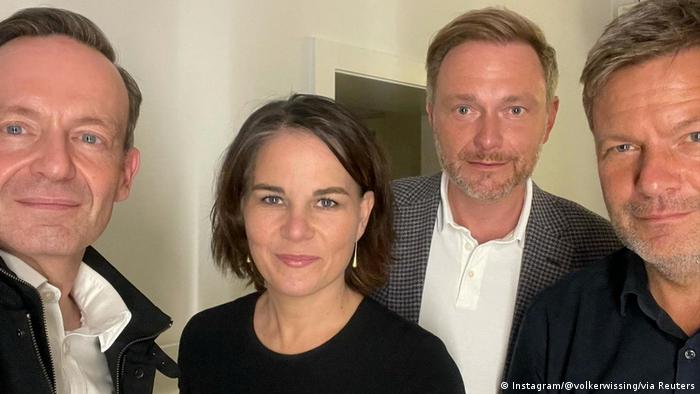 This Instagram image of the leaders of the Greens and the FDP appeared to send an upbeat message about prospects for the parties working together.

Contrary to what one might think, the two parties "do have some things in common," David Wortmann told DW.

Wortmann is managing director of DWR eco, a consultancy for politics, communication and strategy that specializes in sustainability issues. Prior to the election, the company had compared the party platforms with regard to climate protection.

On this issue, both parties were committed to streamlining approvals and licenses in order to speed up the construction of solar and wind farms, Wortmann said.

This is a core issue for the FDP and the Greens could go along with the FDP on it, especially in one area.

"We have almost €40 billion ($46.4 billion) in taxpayers' money flowing into the fossil energy sector every year, and of course that has to be reduced if we're serious about climate protection," Wortmann said. That could be an issue where the Greens and the FDP could find common ground.

Both parties want to introduce incentives to promote a higher recycling rate. And the Greens are likely to throw their support behind the FDP's demands for the restoration of drained moorland into carbon sinks.

Both parties also want to expand the charging station infrastructure to allow for more electromobility.

Both parties consider taxing CO2 emissions to be an important instrument in climate policy. Currently, the CO2 price in Germany is €25 per ton and is set to rise to €55 by 2025. The Greens want to raise it to €60 by 2023. The FDP wants to set a strict CO2 budget that must not be exceeded. The cap would mean the CO2 price would automatically rise, David Wortmann said. "And that is, after all, something that the Greens are also demanding,” Wortmann said. "I therefore hope that both will agree on a CO2 price that is effective and ambitious."

Claudia Kemfert from the German Institute for Economic Research (DIW), on the other hand, sees the CO2 price as a possible point of contention between the FDP and the Greens.

"The FDP wants to implement climate protection with the central instrument of emissions trading, which it wants to expand globally. It also wants to integrate other sectors, such as transport and buildings, into emissions trading," Kemfert explained. "That would result in a sharp rise in CO2 prices. The FDP, on the other hand, doesn't really want that and that's where its program is very inconsistent," the expert said.

Both the Greens and the FDP speak in their party platforms of a so-called "climate dividend," in which revenues from the higher CO2 price are paid back to citizens.

Where FDP and Greens are far apart on climate protection

While the Greens want to make Germany climate-neutral within the next 20 years, i.e. by the beginning of the 2040s, the FDP wants to get to that goal by 2050. However, the German Climate Protection Act already provides for the year 2045.

This is where both Wortmann and Kemfert see one of the biggest sticking points between the two parties. From 2030, the Greens want new car registrations to only include zero-emission vehicles. 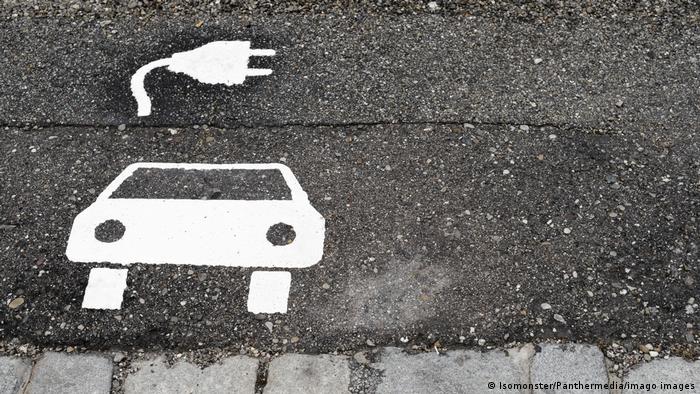 "Of course, that doesn't mean that cars with combustion engines won't be allowed to run then," Wortmann said. "Still, a ban on technologies is something the FDP doesn't want to support, and this is where the two will definitely tussle with each other."

Although the Greens are relying on hydrogen as well for an energy transition, they want it to be produced in a completely "green" way, which means from water and only by deploying renewable energies.

The FDP, however, also wants to use so-called blue hydrogen, which is produced from natural gas or methane. The party wants to use it as a bridging technology for a transitional period. But, blue hydrogen is only CO2-neutral as long as the carbon produced is not released into the atmosphere, for example when it is stored.

When it comes to the technologies of carbon capture and storage and carbon utilization, the two parties take different positions.

"In theory, this could allow coal-fired or gas-fired power plants to continue to operate by capturing and storing the CO2 emissions they produce," David Wortmann said. "However, the Greens do not want to create another bridging technology that will result in fossil-powered plants running for longer."

The Greens want to bring forward Germany's exit from coalto 2030. But that could prove to be difficult with the FDP, even though the party has not yet committed to a date.

But if both parties agree on CO2 pricing - which David Wortmann and Claudia Kemfert believe is possible - it could accelerate the country's coal phaseout and make it easier to achieve climate neutrality.

"The higher the CO2 price, the faster coal-fired power generation will become unattractive in the market, and that may mean that the coal phaseout can actually take place by 2030," Wortmann said.

This is an issue on which energy economist Kemfert believes the two parties are most likely to compromise. "The Greens have a strikingly industry-friendly program, with instruments to promote industry, such as compensation payments for climate protection measures," Kemfert said. "I can well imagine the FDP going along with that."

Early during the election campaign, FDP leader Christian Lindner made it clear that he was interested in the post of finance minister should his party make it into the new government. The Greens could agree to Lindner taking on the important ministry but not without concessions on the part of the free liberals, said Wortmann. 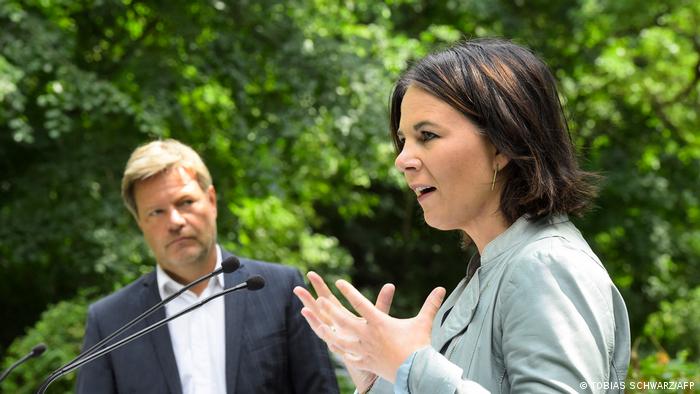 In mid-August, the co-leaders of the Greens, Annalena Baerbock and Robert Habeck announced plans for a climate protection ministry

"In the coalition negotiations, the Greens will certainly stake a claim to key portfolios relevant for climate protection, such as the Economics Ministry, which would be responsible for the expansion of renewable energies, or also the Environment Ministry."