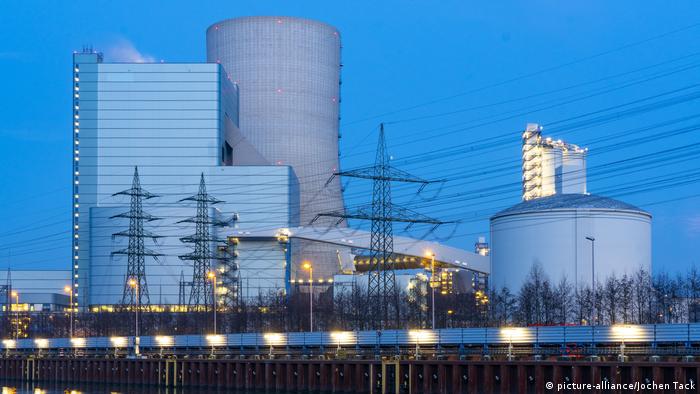 Before the coronavirus pandemic, the German government declared climate protection and phasing out fossil fuels the most pressing issues facing the country. Even before that, Chancellor Angela Merkel called the energy transition away from fossil fuels to renewables Germany's moonshot, referring to it at times as the most important task the country has faced since reunification.

But that was all pre-coronavirus. On Friday, the upper and lower houses of Germany's parliament quietly passed two laws that for years politicians had bitterly fought over. Their passage means Germany will stop burning coal to produce energy by the year 2038. An earlier date would have been possible, but failed to win support. The regions affected by the decision — especially in eastern Germany and the Rhine coal district, which still produces lignite today — will receive a hefty €40 billion ($45 billion) in compensation for the fundamental structural changes they will face. That is a lot of money, though compared to the coronavirus, it seems rather modest.

Results could have been better

More could have been done for climate protection than what these two laws achieve. Still, in light of the current crisis, one can be happy politicians decided on a phaseout of coal at all. Many friends of the coal industry in Merkel's conservative Christian Democratic Union, and its Bavarian sister party, the Christian Social Union, had called for delays, citing the pandemic and its grave economic ramifications. The conservative parties and their junior coalition partners, the center-left Social Democrats, were also haggling over details — such as greater support for environmentally friendly CHP cogeneration systems (something that was indeed agreed upon) — up to the very last minute.

It is unfortunate that politicians didn't nail down a binding infrastructure plan for expanding renewables. And it is downright infuriating that while the German government is patting itself on the back for this breakthrough, a brand new coal-fired power plant — Datteln 4 — just went online.

Although the government was extremely generous in compensating the coal industry for the phaseout, one still can't help but have an uneasy feeling that today's parliamentary decision might not really be the last word on coal. It will be mined and burned in Germany for the next 18 years — a pretty long time for an outdated energy source.

It's an uneasy feeling because the old conflicts the coal phaseout was supposed to end could easily flare up again, amplified by the pandemic and its effects. Anyone who has spoken with coal workers, especially in eastern Germany, knows just how wide the divide is between them and climate protection advocates — and also just how fearful local politicians are that populists will attack them on the issue.

On the one side there are, young, well-educated, urban climate protection activists from Fridays for Future and the like, and on the other, coal workers, rural communities and the supply industry. Before the coronavirus it looked as if there might be a chance the two sides could come together, but that prospect has become less likely now.

Read more: Germany and hydrogen — €9 billion to spend as strategy is revealed

It doesn't help much to point out that global emissions reductions as a result of the coronavirus will not solve the bigger problem. The pressure that Greta Thunberg's movement had been able to apply to politicians on climate change seems like history — at least for now. Therefore it is laudable that the German parliament decided to make way for this tedious compromise, even if it does little to help the climate.

It will be difficult for activists to maintain pressure on politicians at a time when attention is focused on a pandemic that is far from over, miserable working conditions at Germany's slaughterhouses and an economic recession of previously unknown proportions.

The energy transition remains a moonshot. Today, a little progress was made along that very long path. The rest of it will be more difficult than some imagined just a few months ago.