Greta Thunberg asks UN to back lawsuit against Germany and others

Greta Thunberg launched a formal complaint against five countries for backing fossil fuels and endangering children. Minors face ''increased death and disease'' as a result of climate change, she and 15 others warned. 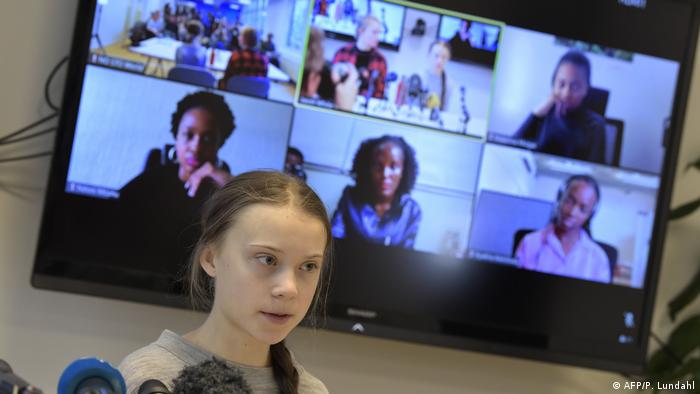 Swedish climate activist Greta Thunberg and 15 other youths urged the UN on Tuesday to accept their standing claim against five countries, who they say have failed to protect children from imminent and foreseeable risk to their health and wellbeing.

Argentina, Brazil, France, Germany and Turkey have been accused of ''breaching their obligations under the international Convention on the Rights of Child, by promoting fossil fuels and failing to curb greenhouse gas emissions for decades, despite knowing about the risks of climate change,'' the group said in a press release.

With the filing, Thunberg and her fellow activists are escalating a confrontation with the five countries that stemmed from a lawsuit they formally filed to the UN Convention back in September 2019.

The group focused on these countries, as they are the biggest climate polluters of the 45 nations that have adopted an optional protocol to the Convention on the Rights of the Child.

The 2019 complaint alleges that the countries knew about the negative impact on the environment of their carbon emissions and did nothing to prevent it.

Thunberg was joined in the lawsuit by petitioners between the ages of eight and 17, from Argentina, Brazil, France, Germany, India, Palau, the Marshall Islands, Nigeria, South Africa, Sweden, Tunisia and the US.

This included Alexandria Villasenor, co-founder of the US Youth Climate Strike.

''Children are among the most vulnerable to the effects of climate change because, as the Lancet Countdown states, they face increased death and disease from it,'' the activists said.

Three countries – Brazil, France and Germany – responded to the lawsuit, according to the press release, arguing that the claims against them were ''ill-founded or unsubstantiated,'' the complaint was ''inadmissible in the UN Committee on the Rights of the Child,'' and that ''the climate crisis is so global that no state bears responsibility.''

The activists said these objections are ''baseless,'' adding that ''the countries should be judged for their conduct rather than words.''

''No state acting in the best interest of the child would impose the devastating burden of weak climate policies on young and future generations the way these five countries have done,'' Thunberg and the group said.

The activists noted that Brazil, France and Germany are all ''failing to do their share in meeting the 2015 Paris Agreement's more ambitious goal, to limit global warming to 1.5 degrees, despite the scientific consensus demonstrating that this pathway is the minimum necessary to prevent irreversible threats to human rights.''

Moreover, they argued that these countries were still taking measures to accelerate rather than mitigate climate change, such as subsidizing fossil fuels.

Greta Thunberg has urged fellow climate campaigners to avoid mass protests and listen to local authorities. Her suggestion comes as the number of coronavirus cases around the world increases. (12.03.2020)