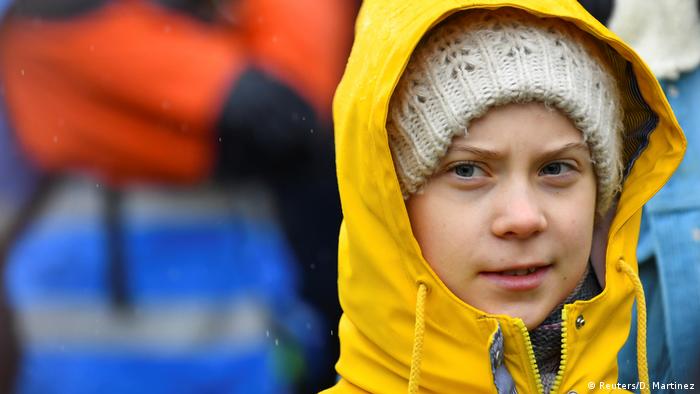 Teenage climate activist Greta Thunberg on Wednesday said that campaigners must avoid mass rallies amid the escalation of coronavirus cases around the world. Instead, "digital strikes" would be the way forward during the crisis, she said on Twitter.

"We young people are the least affected by this virus but it's essential that we act in solidarity with the most vulnerable and that we act in the best interest of our common society," Thunberg said on Twitter, where she has over four million followers.

In a series of tweets, the 17-year-old urged fellow climate campaigners to follow the advice of experts in an attempt to "flatten the curve." This means to lower the rate of infection by taking countermeasures in the early phase after an outbreak.

As she urged her followers to avoid large gathers and "listen to local authorities”, she also said that the "Fridays for Future” movement will start organizing online campaigns and strikes till the time the pandemic is not under control.

"So keep your numbers low but your spirits high and let's take one week at the time," Thunberg said, as she called on more people to join the "#DigitalStrike" by posting pictures of themselves with a sign on Fridays.

The world is struggling to contain the outbreak of SARS-CoV-2. The number of people infected has increased by the day, especially in China, South Korea, Iran and Italy. The United States has restricted the entry of all foreign nationals who have traveled to Europe's Schengen countries.

It's the first time the two are attending the same event since the teenager famously stared down Trump at the UN last year. The annual jamboree is taking place against the backdrop of Australia's worst ever bushfires. (21.01.2020)