As Germany's meat industry faces scrutiny in light of the recent COVID-19 outbreak amid poor workplace conditions, seasonal workers are daring to speak out about their experiences.

"We work at Tönnies and we've been quarantined. Nobody is looking after us!"

DW has been inundated with calls from Romanian workers who feel they have been left in the lurch in the district of Gütersloh, in the western German state of North Rhine-Westphalia, following a coronavirus outbreak at a Tönnies slaughterhouse.

Following a number of DW reports about the poor working and living conditions of short-term workers in Germany's meat-processing industry, they wanted to describe their experiences in recent years of low wages, threats and exploitation at the workplace. 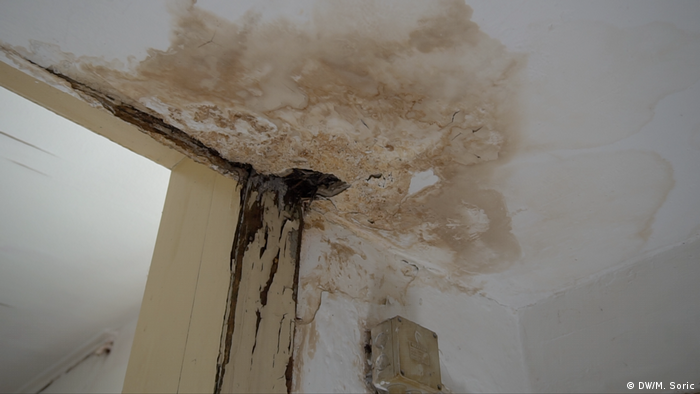 Most workers interviewed, many of whom were very upset, have been either employed by the huge meat producer Tönnies or its subsidiaries. They have described extremely exhaustive work and aggressive language. The workers accused managers of not putting enough protective measures in place in the wake of the COVID-19 pandemic.

Some have also said that the shared accommodation, in which they were forced to live, was cramped and inhumane. And it was in these conditions that they suddenly found themselves quarantined.

While some workers have been working in Germany for years — and others for only a few months — most are among the tens of thousands of Romanians who are hired by Romanian sub-contracting companies that bring them to Germany for low-wage labor.

The system is simple. Ads are put up by sub-contractors looking to hire seasonal workers during the asparagus or strawberry harvest in Germany, or for more permanent work in German slaughterhouses. People looking for work usually pay about €100 ($112) to draw up a contract and often they also have to pay their own travel costs (€240 for a roundtrip by bus).

Though the ads promise a minimum wage of €9.35 per hour, they fail to say that workers are expected to pay €7 for a bed in a shared room and that other "incidental costs" will be incurred. Though paid overtime is also promised, it is not always delivered. In some cases when it is, cash-in-hand is given, bypassing Germany's fiscal authorities. Many employees say their payslips show they earn between €700-900 per month.

Despite this, some of the Romanian workers with whom DW spoke were satisfied with the wages, though they had the feeling they were being cheated out of their share. These workers said that they still earned twice as much as they would in Romania — and thus are better able to financially support their families.

The few who spoke out about the conditions or discrepancies on their payslips said the Romanian sub-contractors, managers, and supervisors always had a rehearsed explanation ready. These workers say they were never able to get hold of a German manager — let alone the "big boss."

MGM in the spotlight

Not all of the sub-contracting companies have been subject to criticism — but there are a few that seem to crop up time and again. One of these is MGM, a company owned by businessman Dumitru Miculescu, who also has investments in real estate.

Miculescu began his pig and poultry farming career in southern Romania and grew it into a small empire. With a wide and well-connected network of companies, media outlets and even state authorities, he has been accused of placing his friends and relatives in official positions and has since continued to expand his influence.

He even tried his hand at politics, changing his party allegiance a number of times, depending on the circumstances. Miculescu is said to have exerted pressure on business and political rivals — but to no avail. His political career never got off the ground and he abandoned his political ambitions in 2016.

Since then, he has concentrated on his growing empire in Germany, where his reputation for exerting pressure has followed him. German media has also reported on his companies' wage-squeezing schemes and their tendency to demand exorbitant rents.

Miculescu did not respond to DW's request for an interview. 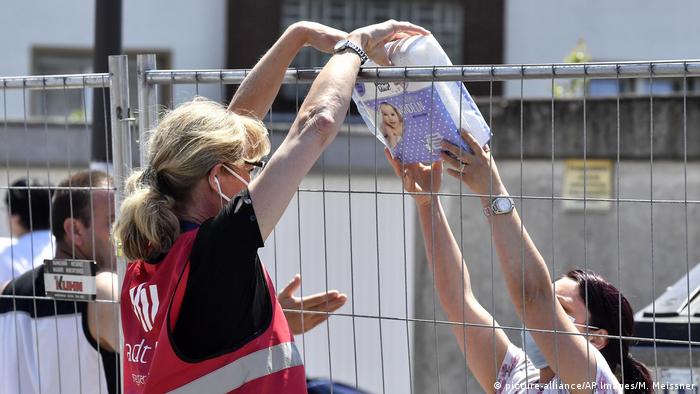 Quarantine in Verl, western Germany, where many Tönnies workers live

The quarantine imposed on Tönnies workers is due to be lifted in a few days and the factory will soon be up and running again.

Some workers had returned to Romania before the coronavirus lockdown and do not want to return. Others are hoping to come back to better conditions due to the fallout from recent media coverage.

The new job adverts promise better working conditions. Romanians will continue to come to Germany so long as they cannot find well-paid work at home — but most would prefer to sign a contract directly with German companies if reforms move forward.

This may well happen if long-overdue reforms within the German meat processing industry are finally implemented and sub-contractors are banned. The German parliament is due to debate a bill to this effect after the summer break.

However, there is no legislation as yet regarding agriculture, the construction industry and courier services — all sectors that have been accused of scandalous work conditions for years.

If Germany, which has just taken over the six-month presidency of the Council of Europe, were to campaign for such an overhaul toward better standards and labor conditions EU-wide, it would send a strong signal for workers.

Until recently, a massive coronavirus outbreak at a Tönnies slaughterhouse has largely been confined to workers. There has now been a noticeable spread into the community, tests have revealed. (28.06.2020)

Occupancy was kept minimal as hospitals focused on handling the waves of COVID-19 infections. Those who could were asked to delay their non-emergency treatments.