Unpaid overtime, abusive foremen, pressure to come in sick: A former Tönnies employee from Romania tells DW why he left the job. 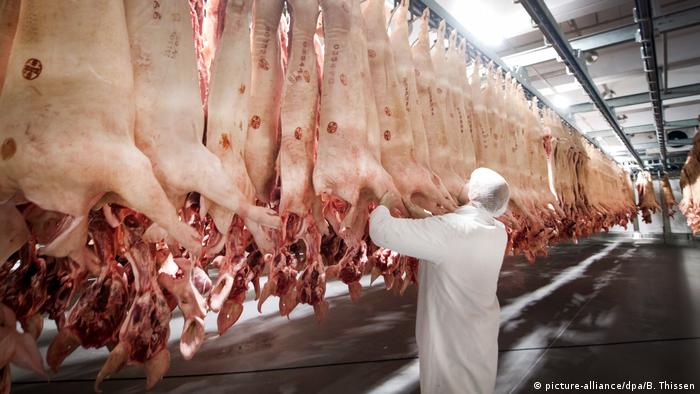 DW:Many of the reports about working conditions in the meat industry mention unpaid overtime. Did you experience this? How long was your working day?

Worker: I worked at the Tönnies factory for two years. We were seldom finished at the end of what was supposed to be an eight-hour shift. It was often 12 hours, or even 13. We wrote the overtime down, but it never appeared on the pay slip.

It was very cold and damp, and the conveyor belts moved very fast. I heard colleagues crying at night in our accommodation because they were in such pain; their hands were completely swollen. But we would encourage each other, and tell each other to hang in there. I had a friend [in Romania] who was always asking me to take him with me; he really wanted to work in Germany. I told him, "At least make sure you bring enough money with you to be able to buy a ticket home." That was good advice, because after just one day at Tönnies my friend couldn't stand it anymore and went back to Romania.

Were there regular inspections?

The conveyor belts were slowed down when the inspectors came, so our work was easier. But we'd know in advance when there was going to be an inspection. Why don't they do them unannounced? That's the only way the inspectors can see what the situation is really like.

Were the factory workers prepped for these inspections?

We were urged not to say anything. Along the lines of: "When the inspectors come, tell them you don't speak German." Even though some of us did speak the language.

Did the firm itself pressure you in any way?

Yes. It was particularly bad when we were sick. The foremen would yell at us that we shouldn't bother bringing them sick notes! One time I got yelled at when I had a really bad cold — that could easily happen, because we worked in the cold all the time — and I decided I'd had enough. That's when I stopped.

Were your immediate superiors German or eastern European?

The big boss was German, but the foreman on the production line was Romanian, because he had to translate. Most of the workers don't speak German. These foremen were mostly Romanians who'd been lucky enough to learn German in school. They'd been ordered by their superiors to make sure people didn't call in sick.

Several places I lived in were very clean, but there were also exceptions. It was always very crowded; there were sometimes 10, 12, occasionally even 14 people in one apartment. The monthly rent was 200 euros each. The buildings belonged to the subcontractors. One Romanian subcontractor, for example, had taken out a bank loan, bought a whole building, and rented out the apartments to workers. But it just isn't fair to cram so many people into one apartment!

So do you see the subcontractors as the main problem?

Yes. A friend of mine is employed directly by a German company, and he doesn't have any problems. He's not afraid when he goes to work. No one shouts at him, no one's abusive towards him. We hope the German parliament is going to approve the bill banning special contracts for factory workers.

Are you in contact with former colleagues who are still working at Tönnies?

Yes, two colleagues who are in quarantine right now. They say they've been provided with enough food and water. But they feel very insecure; they don't know what's going to happen next. One of them has had health problems for a long time, but he tells me he's OK – at the moment, anyway.

The worker's identity is known to DW, but he doesn't want his name to be published. He now works for another firm in Germany, and says he's happy with the working conditions there.

The interview was conducted by Lavinia Pitu.