Judges on Germany's highest court unanimously threw out legal complaints brought by the AfD. They said far-right lawmakers failed to show how Merkel's 2015 decision to let in refugees was a constitutional violation. 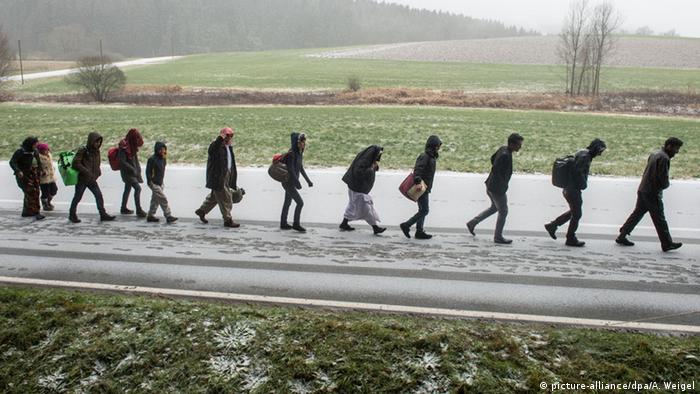 Judges on the high court unanimously rejected all the cases, which were brought by the AfD's group in parliament, deeming them to be "inadmissible."

In their decision, judges wrote that the AfD lawmakers "failed to sufficiently substantiate that the Federal Government's decisions on this matter violated or directly threatened its rights."

Furthermore, judges noted, the AfD was elected to the national parliament for the first time in 2017 and wasn't represented in the Bundestag at the time the German government took the 2015 decision.

AfD cases too weak in court

The AfD's attempts to legally challenge the German government failed on multiple levels, but judges argued that the way they went about challenging the government posed one of the biggest problems.

The party had attempted to try the German government using a specific type of legal proceeding called an "Organstreitverfahren" — where a party in the Bundestag can face off in court against the federal government.

The Constitutional Court took issue with the AfD's complaints against the government, saying that the proceeding isn't intended to force the government to comply with a specific behavior.

The AfD was attempting to obligate the government "to perform a specific action — i.e. the rejection of asylum seekers at the borders," the court said in a statement.

In early September 2015, Merkel made a decision not to close the southern border with Austria, allowing thousands of people fleeing war and poverty in the Middle East and Africa to enter the country. The government justified the move as an exceptional, temporary  response to a humanitarian crisis, with hundreds of thousands seeking to cross into Austria from Hungary, en route for Germany.

Although the move was widely supported at the time and drew international praise, Merkel's decision came in for heavy criticism at home, especially with the passing of time. The decision also helped cement AfD's position on Germany's political landscape; migration and Muslims dominate the party's agenda.

An alternative Berlin private school has reportedly rejected a pupil's application as his father is an AfD politician. The state education minister has summoned the school administration to investigate. (17.12.2018)

The far-right Alternative for Germany is a challenge for churches. Concerned about xenophobic and racist rhetoric, the Evangelical Church in Germany will keep AfD politicians off the stage at an upcoming event. (26.09.2018)