Growing concerns of a protracted trade conflict are forcing investors to take refuge in the safe haven asset despite negative returns. Is the global economy staring at a recession? 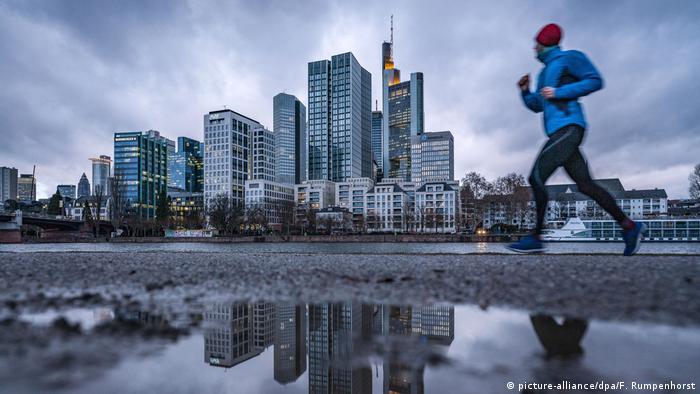 The 10-year Bund yields touched a fresh record low of -0.219% on Monday. Portuguese and Spanish bonds also touched new all-time lows, while across the Atlantic US Treasury yields fell to their lowest point since 2017.

Government bond yields, which fall when bond prices rise, have been tumbling in many countries with investors fleeing riskier assets due to escalating trade conflicts between the US and its major trading partners.

"Investors are looking for safe assets in an uncertain environment," Holger Schmieding, the chief economist at Berenberg Bank, told DW. "The main factors pulling down yields are persistently low inflation, global trade tensions and mounting expectations that the US Federal Reserve may cut rates in September."

Fears of a full-blown trade conflict have risen in the past month with trade talks between the US and China hitting a roadblock and the two sides returning to tit-for-tat tariffs. US President Donald Trump's administration has also raised stakes in the dispute by blacklisting Chinese telecom behemoth Huawei.

Trump has also threatened to impose a 5% tariff on imports from Mexico, which could be gradually increased to 25%, unless it stopped immigration into the US. Washington is set to end preferential trade treatment for India, starting June 5.

Growing uncertainty in the eurozone, fueled by sluggish growth in its biggest economy, Germany, is also weighing on bond yields. The German economy grew by 0.4% in the first quarter, following a six-month period of no growth.

A protracted trade conflict between the US and China could be devastating for Germany, which derives nearly half of its Gross Domestic Product (GDP) from exports, a significant chunk of which go to the US and China.

The German government Bund is seen as a safe haven for investors, especially in the eurozone, where it enjoys the same trust the US government debt enjoys globally.

In March, Germany sold 10-year government bonds with a negative return for the first time since October 2016, underscoring a growing demand for the safe asset amid economic uncertainty and challenging market conditions.

While for the German government, it means that it's getting paid to borrow, for small investors it means a loss of opportunity to earn some interest on their savings. Low returns on bonds also depress the interest rate on savings deposits.

The negative yield implies that if investors choose to hold on to the debt bought during the March auction till it matures, then they are guaranteed to take a loss.

But investors who are dashing to buy these bonds are pinning their hopes on the increasing demand for the safe haven assets.

"Many are hoping that prices for Bunds may rise further, offsetting the negative yield," Schmieding said.

A government, usually, pays more to borrow for 10 years than for five or two years or even three months to compensate the investors for risking their money for a longer period of time and to account for a rise in prices.

But sometimes short-term debt becomes more expensive due to a higher yield than on the long-term one. This causes the usual upward yield curve to slope downward. This inversion of the US yield curve has in the past been an accurate forecaster of recession.

The US yield curve has inverted once again. The 10-year government bond yields have fallen below the return on 3-month Treasury bill. 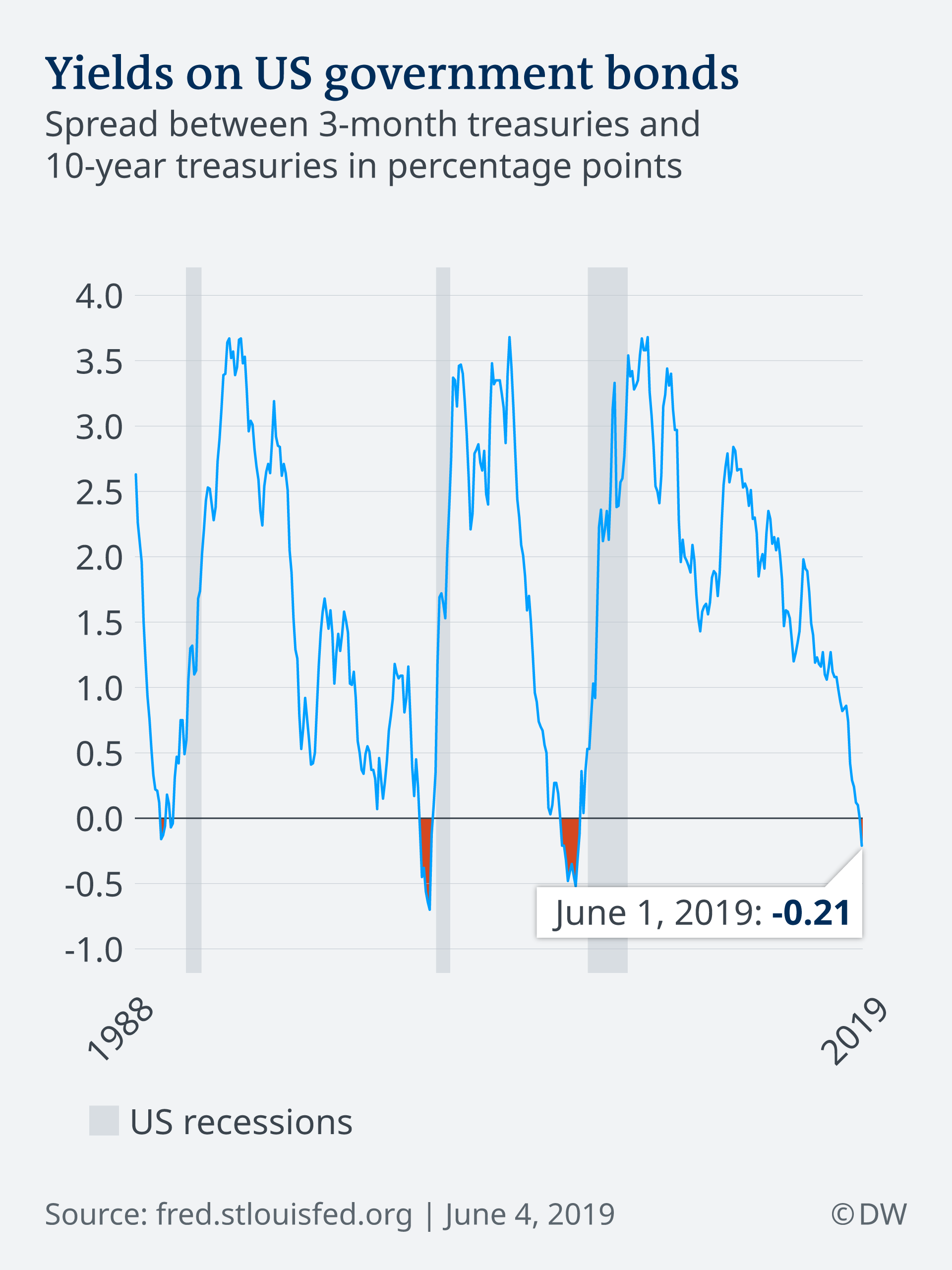 On Monday, the German yield spread — the gap between two- and 10-year yields — was at its narrowest since August 2016, underscoring deteriorating economic sentiment.

"The bond market is signaling a rising risk that the industrial slowdown in the Western world may deepen and lengthen," Schmieding said. "Markets are not yet signaling a genuine recession risk."

"It (negative bond yield) is more a safe haven argument than a signal for recession," Timo Klein, principal economist at IHS Markit, told DW. "It's not a situation where people should start worrying about losing their jobs."