The list of issues for this year's G7 summit is long, with escalating trade tensions with the US, the UK's pending exit from the EU and fires in the Amazon looming over leaders as they gather in southern France. 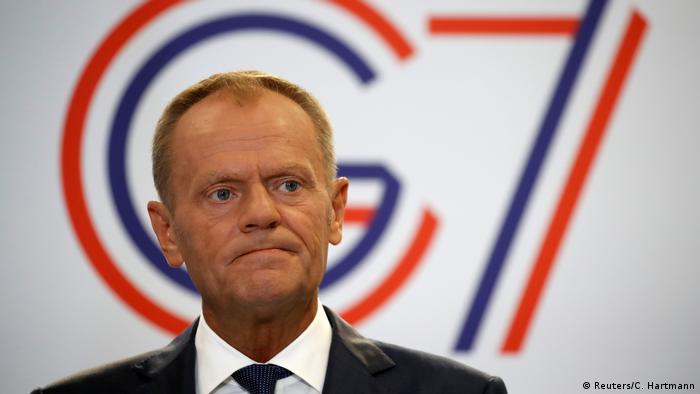 Anxieties over trade war and climate change hung heavy as world leaders gathered in southern France for the start of this year's G7 summit on Saturday — with low hopes of leaders reaching a consensus by the end of the three-day meeting.

European Council President Donald Tusk warned that this may be one of the last chances "to restore our political community."

Speaking at a press conference, Tusk said this year's meeting will be "a difficult test of the unity and solidarity of the free world and its leaders."

French President Emmanuel Macron, who is hosting the summit in the resort town of Biarritz, said one of his main objectives is to "convince all our partners that tensions, especially trade tensions, are bad for everyone."

Thousands of people gathered in the nearby town of Hendaye to protest against economic and environmental policies, urging world leaders to take action on climate change and other issues.

US President Donald Trump, one of the main players at the center of global tensions, arrived with his wife, Melania, in the afternoon. He and other leaders were due to be officially greeted by Macron later on in the evening.

Shortly before leaving, Trump again threatened to levy new taxes on French wine over Paris's digital tax on big tech companies. Tusk responded by saying that the European Union is prepared to "respond in kind" should the US president make good on this threat.

The ongoing trade war between the US and China escalated shortly before the summit, after Trump raised tariffs. The US-China trade dispute is believed to be a major factor in the current global slowdown, raising concerns about a possible recession. 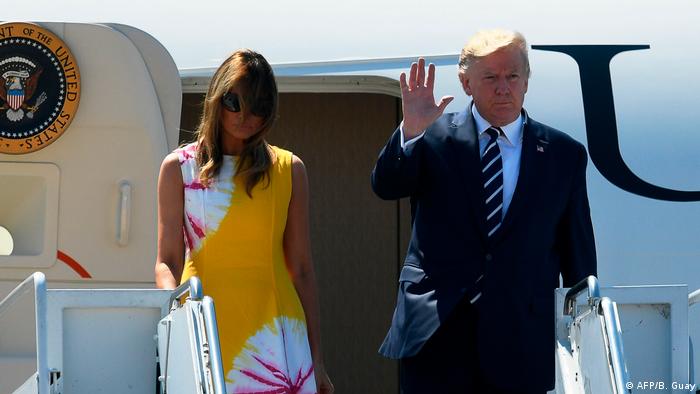 The massive, ongoing fires in the Amazon rainforest are also topping the agenda this year, with Macron threatening to withhold an EU trade agreement if Brazilian President Jair Bolsonaro does not take action.

The G7 will launch "not just an appeal, but a mobilization of all the powers there, but in partnership with the countries of Amazonia," to fight fires and invest in reforestation," Macron said.

German Chancellor Angela Merkel said that she supports discussing the fires during the summit, but disagrees that blocking the Mercosur trade deal with South American countries would reduce the destruction of the rainforest in Brazil.

"We will work on how we can help and support and send a clear message that everything must be done to stop the rainforest from burning," the chancellor said in a video message.

Hot on the heels of his chastening experiences in Berlin and Paris, Boris Johnson will get a further taste of the new realities facing the UK when he makes his debut at the G-7 summit in the French resort of Biarritz. (23.08.2019)