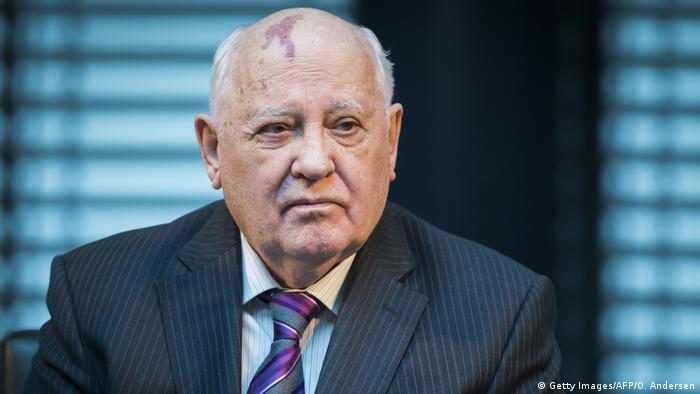 Mikhail Gorbachev turned 90 on Tuesday, with several world leaders sending well-wishes to the former leader of the Soviet Union.

The former leader of the Soviet Union and secretary-general of the Communist Party is considered by some as one of the greatest reformers of the 20th century — but remains a controversial figure at home.

How did he celebrate his birthday?

He celebrated his birthday while staying in a hospital as a precaution amid the coronavirus pandemic.

Gorbachev was scheduled to have video calls with his aides and associates who gathered at his foundation to congratulate him.

He also spoke with world leaders and read messages from admirers worldwide.

What did world leaders say?

"I take your day of honor as an opportunity to thank you once more for your personal commitment for the peaceful overcoming of the Cold War and the completion of German unity," Merkel wrote in a letter to the former leader.

"Your important contribution to a reunification in freedom remains as unforgotten in Germany as your constant personal engagement for friendly relations between our two countries," Merkel said.

Russian President Vladimir Putin congratulated Gorbachev in a letter published by the Kremlin, hailing him as "one of the most outstanding statesmen of modern times who made a considerable impact on the history of our nation and the world.''

How is he viewed in Russia?

Gorbachev is regarded internationally for his role in helping end the Cold War and launching reforms that ended the Communist monopoly on power.

Pro-democratic forces also see him as a symbol of freedom, as he has criticized repression under Russian President Vladimir Putin and warned against falling back into a dictatorship.

However, many Russians still hold him at least partially responsible for the collapse of the Soviet Union that led to a devastating economic meltdown and years of political turmoil.

What does Mikhail Gorbachev mean to Russian politicians?

How does Gorbachev view his own legacy?

Speaking in an interview with the state-run Tass news agency published Tuesday, Gorbachev reaffirmed that there was no alternative to ending the Cold War and launching domestic political reforms.

"The main domestic achievement was to give freedom to the people and put an end to the totalitarian system. And the most important things on the international stage were ending the Cold War and conducting radical nuclear weapons cuts,'' he continued.

Gorbachev continues to lament the August 1991 hardline coup staged by the Communist Party's old guard that briefly ousted him and precipitated the collapse of the Soviet Union.

Asked if it's still possible now to restore the Soviet Union, he answered that it's necessary to focus on normalizing ties with its ex-Soviet neighbors and developing regional alliances.