Looking Back on the Warsaw Pact | Europe| News and current affairs from around the continent | DW | 14.05.2005

Looking Back on the Warsaw Pact

Saturday marks the 50th anniversary of the signing of the Warsaw Pact, the military alliance between Europe's Eastern Bloc nations which underpinned the division between East and West.

This military power pot was to be the European Communist Bloc's answer to the North Atlantic Treaty Organisation, but was also intended as a pact of friendship, co-operation and mutual support.

Then GDR President Otto Grotewohl saw the pact as a clear response to West Germany joining NATO and pledged to secure peace and to provide military support in the case of an attack on one or several of the signatory states to the Warsaw alliance. In addition, there was a plan to create a joint commando to secure the efficiency of the pact, in other words, a contract between equal partners.

But it didn't work out that way. The Eastern alliance provoked the Cold War, with an arms race spanning decades and new threats between East and West.

The Soviet Union became the dominant military force in central and eastern Europe, with the position of chief commander of the so-called "united forces" always going to Moscow-based Soviet officers. Ten thousand Russian troops were stationed in the Warsaw Pact countries, with 350,000 in the GDR alone.

The Pact suffered its first endurance test in 1956 when Hungarians demonstrated for an end to Stalinism. Weeks of protest led the government to promises of a multi-party system, democracy and freedom of thought. 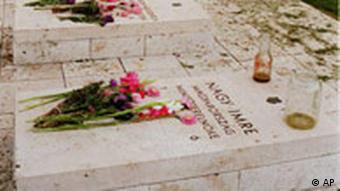 The grave of Hungarian premier Imre Nagy, in a Budapest cemetery in October, 1995.

But Russia was not going to take the change lightly, and at the start of November in 1956, Russian tanks rolled into the capital, Budapest, where two days of bloody fighting ensued.

Three thousand people were killed in the uprising, then Prime Minister Imre Nagy was dismissed and arrested by the KGB before being sentenced to death in a mock trial. Two years later he, and 239 others involved in the revolution, were executed.

A break in the pact came in 1968 with what became known as Czechoslovakia's "Prague Spring." Between January and August of that year the reformist communists under Alexander Dubcek introduced a process of democratization and liberal reforms. 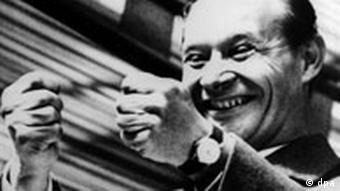 Alexander Dubcek came to personify the reform movement in the former Czechoslovakia.

Dubcek was attempting to create "Socialism with a human face," to include press and religious freedom and a very small-scale introduction of private economy. But fearing the potential dissolution of the pact, the Soviet leadership deployed troops to Czechoslovakia.

Seven thousand tanks rolled towards Prague where they violently crushed any notion of relaxing the rules of communism. Over 70 people lost their lives and hundreds more were injured. Within a matter of days, the Czechoslovakian leadership, which had been carted off to Moscow, announced an end to reform socialism.

The Stalinist hard-line and the supreme position of the Soviet Union won over that time, but the 1980's reforms in Hungary, Poland and eventually under Gorbachev in the Soviet Union, questioned the viability of the pact.

The GDR's membership in the military pact ended with German reunification in October 1990, after which interest among other signatories dwindled. Moreover, they really wanted to see Soviet troops withdraw from their territory, to and become members of western multilateral organizations.

On April 12, 1999, Poland, the Czech Republic and Hungary joined NATO, followed by Rumania, Bulgaria, Slovakia, Slovenia and the Baltic states in 2004.

NATO signed a landmark military cooperation accord with Russia at a first-ever ministerial meeting of the alliance on ex-Soviet soil. (April 21, 2005)

In May 1955, Europe's military blocs were laid down when West Germany joined NATO and East Germany became part of the Soviet's Warsaw Pact, resulting in two German armies which opposed each other until 1989. (May 6, 2005)

Opinion: A Bigger, Not Better, NATO

A year ago NATO underwent the largest expansion in the organization's history, when on March 29, seven eastern and south-eastern European countries joined the alliance. NATO may have grown in size, but not in importance. (March 29, 2005)