How geopolitics paved the way to German reunification | World | Breaking news and perspectives from around the globe | DW | 12.09.2010

How geopolitics paved the way to German reunification

After World War II, the divided Allies split Germany into East and West. Twenty years ago this month, the 2 plus 4 Agreement set the conditions for German reunification, ending the 40-year-old Cold War in Central Europe. 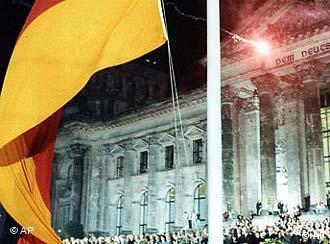 The 2 plus 4 Agreement was vital to German reunification

As the war against Nazi Germany drew to a close, suspicion and distrust divided the once united Allies into opposing blocs. Political disagreement escalated to confrontation, and a definitive peace agreement became unfeasible. The West and the Soviet Union agreed to disagree, drawing a geopolitical fault line through Central Europe that split a defeated Germany in two.

This stalemate, which came to be called the Cold War, froze Europe in a seemingly permanent state of division. But as a new era of globalization emerged on the horizon during the 1980s, Soviet General Secretary Mikhail Gorbachev instituted political reforms that sent tremors through the Eastern Bloc. When the wave of popular political upheaval finally crashed upon Eastern Germany, it became increasingly clear that German reunification would occur sooner rather than later.

The Word War II Allies - but Cold War foes - met in Moscow in September 1990 to discuss the geopolitical prerequisites for German reunification. The Soviet Union, the United States, the United Kingdom, France and the two Germanies ironed out a treaty called the 2 plus 4 Agreement, which would usher Europe into a new era of unity and freedom.

Central Europe had been a source of political tension, and thus militarization, for most of the 20th century. The 2 plus 4 Agreement sought a political solution that would ensure a Germany at peace with itself and its neighbors.

"Involved [in the treaty] was a fundamental reduction of troop strength, so that a clear step in the direction of peace in Central Europe would be taken, because this area had the highest troop and weapon concentrations up to that point," said Lothar de Maiziere, the prime minister of East Germany at that time.

The Allies agreed to relinquish their rights over Germany and withdraw their militaries under certain conditions. A united Germany would be a member of NATO, but would reduce its military to 370,000 troops and abstain from possessing atomic, biological and chemical weapons. 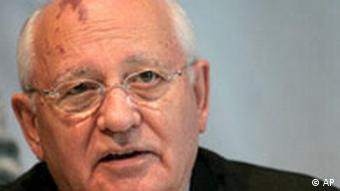 Although the West and the Soviets established these preconditions to protect their own security interests, Gorbachev faced significant opposition in Moscow, which almost cost him his position. Soviet influence in Central Europe would diminish significantly if a reunited Germany entered NATO. This scenario was unacceptable to hardliners in Russia.

"I wouldn't say he was down about it, but he was certainly aware of the fact that he had taken on a major responsibility and that the orthodox forces in the Communist Party would not rest, but instead would try to change things," said Hans-Dietrich Genscher, West Germany's foreign minister during the negotiations. "And we indeed witnessed a year later almost to the day the coup in Moscow."

Although the borders established after World War II existed as a de-facto reality, they were disputed by many West Germans. If West Germany recognized the Oder-Neisse border with Poland, it would abandon any claims to the large swath of territory lost after World War II. Many of the Germans expelled from the eastern territories lived in West Germany, making it a politically explosive domestic issue for most of the Cold War.

The 2 plus 4 Agreement, also called the Treaty on the Final Settlement with Respect to Germany, recognized all European borders established after World War II, resolving this outstanding dispute once and for all. Bonn and Berlin's signatures to the treaty meant that a newly reunited Germany would recognize national borders as they stood, not as they once were. Coupled with the reduction in military concentrations, the acceptance of current borders was a significant step toward an enduring peace in Europe at large. 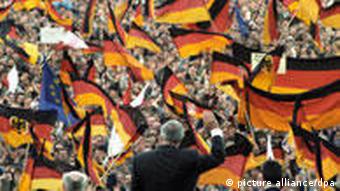 With the ratification of the 2 plus 4 Agreement, the geopolitical conditions were set for Germany to become a single nation after decades of division. For the first time in history, Germany was united, free, and at peace with its neighbors. Unity in Central Europe set the conditions for further European integration, with Germany acting as the bridge between the West and the newly democratic East.

"The two German states were members of the UN, West Germany was a member of the European Community, and with the reunification East Germany became a part of it as well," Genscher said. "We were highly active in the Conference on Security and Cooperation in Europe, because it opened the way to German reunification. Those were difficult decisions for Germany."

Just three weeks after the signing of the 2 plus 4 Agreement, Germans celebrated unification in Berlin. And two years later, the Maastricht Treaty was signed, which created the European Union. This cleared the way for a Europe united and free, from West to East.

Charges that reunification was annexation stir up memories

When the Wall came down: readers tell their stories

From a bittersweet New Year's party at the newly defunkt GDR embassy in New Delhi in 1990, to tearful embraces under the remnants of the Wall in Berlin, share the moving experiences of Deutsche Welle's readers. (11.11.2009)

Treaty on the Final Settlement with Respect to Germany