European populists don't need Donald Trump, but they like his support

European populists preceded the rise of Donald Trump. While they share some common sentiments, they have few concrete connections. That's why a Trump election defeat wouldn't necessarily mean the end of global populism. 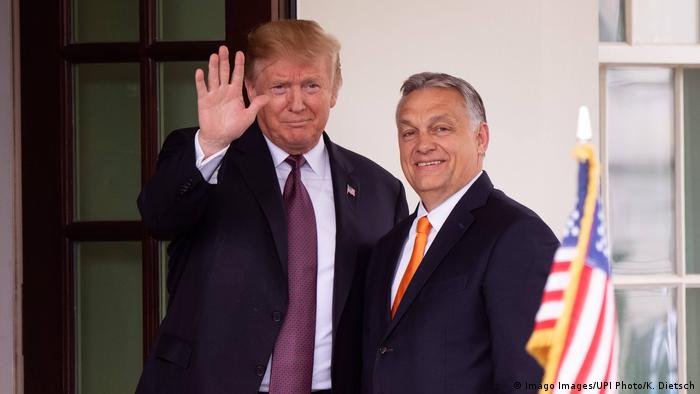 Donald Trump is arguably the world's most powerful populist and he clearly garners the most media attention. But that doesn't mean he's responsible for introducing the concept into modern global politics. Long before Trump's surprising ascent from real estate mogul to president of the United States, European populists had ensconced themselves in political offices across the continent.

'Canary in the coal mine'

"Berlusconi was sort of the canary in the coal mine," says Anna Grzymala-Busse, a professor of international studies at Stanford University who focuses on populism. "He showed that it was possible to govern as a populist during a very chaotic rule that didn't have much of a coherent program behind it." 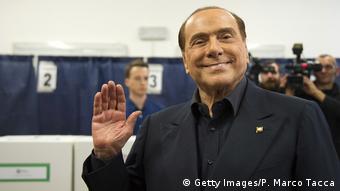 The populist Berlusconi first came to power in Italy in 1994

Among the European populist leaders that preceded Trump was also Hungary's Viktor Orban, who was received in the White House by the president earlier this week. Orban first came to power in 1998 and soon thereafter began attacking the country's liberal democratic institutions, an agenda he has continued and exacerbated since the beginning of his second tenure as prime minister in 2010.

The timeline shows that European populists exist entirely independent of Trump. They did not and do not need his support to be successful, says Grzymala-Busse. "They have done a very good job of gaining domestic popularity all by themselves."

This European populism is largely homegrown, mostly fed by country-specific grievances and therefore difficult to internationalize. Steve Bannon, Trump's former top strategist, learned that lesson the hard way when he tried to set up a European group of right-wing populists ahead of the European Parliament elections later this month.

The effort largely fell flat, which is no surprise, says Mabel Berezin, a Cornell University sociologist, currently at the Institute for Advanced Studies in Princeton. "They don't need Bannon," she explained, referring to European populists. "They are doing really well on their own."

That's why it would be premature to expect that a potential defeat for Trump in his 2020 reelection bid would necessarily herald the downfall of populism in Europe, argued Grzymala-Busse.

But while there are few concrete connections between Trump and European populists, both subscribe to an underlying, albeit broad and vague, political sentiment, says Grzymala-Busse. "I think they share very much the same ideology in the sense that they are skeptical about international alliances, they are skeptical about liberal democracy and they claim to represent the people wholly as is." 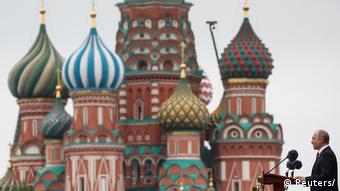 Beyond those amorphous ideological sentiments, the most concrete linkage between Trump and European populists is their joint affinity for Russia. "They also share a common node in Russia and the fact that Russia is both very actively sponsoring movements in Europe and, as indicated by the Mueller report, has connections to President Trump as well," says Grzymala-Busse.

While European populists do not need Trump's support to be successful, they certainly welcome the US president inviting them to the White House, as he recently did with Orban. "His ability to sort of give the American imprimatur, as it were, to people like Orban is deeply disturbing," says Cornell's Berezin.

"This definitely legitimates Orban and his ilk," noted Grzymala-Busse. "What Trump gives them is this additional sheen of international legitimation. And by being accepted by the biggest populist of them all it makes Orban more powerful and more legitimate not just domestically, but in Europe."