When Europeans head to the polls next month to elect a new Parliament, most will vote based on whom they oppose rather than whom they support, according to a new study. Extremist, populist parties stand to benefit. 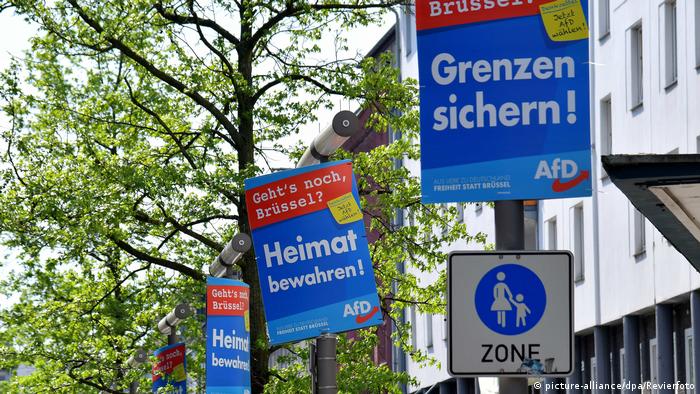 Around 10% of voters plan to use their vote in the European Parliament elections to back far-right or right-wing populist parties, according to a study published by the Bertelsmann Foundation on Friday.

Most other EU citizens will use their ballots to thwart parties they oppose rather than support a particular group. The researchers said this type of "negative" voting could benefit political movements on the fringes and make it more difficult to form a majority in Parliament.

Read more: Get ready for the end of the EU as we know it, says Ivan Krastev

The researchers argued that voters who feel the mainstream pro-European parties no longer represent their interests tend to engage with populist messages.

"The populist parties have managed to create a stable and loyal voter base in a relatively short space of time," study co-author and Bertelsmann democracy expert Robert Vehrkamp said. "But the high level of rejection (of these parties) also shows how dangerous it would be for other parties to imitate them."

"Many citizens no longer choose to back one party, but rather vote against parties they oppose the most," he added.

Bertelsmann CEO Aart De Geus said the populist parties' success in rallying supporters means voter turnout will "be crucial in determining the election results and the future of Europe."

"The mobilization of the predominantly pro-European center is an important prerequisite," for creating working majorities in the new European Parliament, he added.

Polling institute YouGov interviewed 23,725 voters in 12 EU member states for the survey, which analyzes how Europeans intend to vote in the parliamentary elections on May 26.

Germany's high court has accelerated the enfranchisement of tens of thousands of adults with intellectual disabilities, allowing them to vote next month in the EU parliamentary election. (16.04.2019)