′Europe without Angela Merkel is possible′ | Europe| News and current affairs from around the continent | DW | 30.10.2018

'Europe without Angela Merkel is possible'

Many EU member states did not agree with her refugee policies; others criticized her austerity stance. Brussels now regards Angela Merkel's step-by-step withdrawal as a chance for new beginnings, says DW's Bernd Riegert. 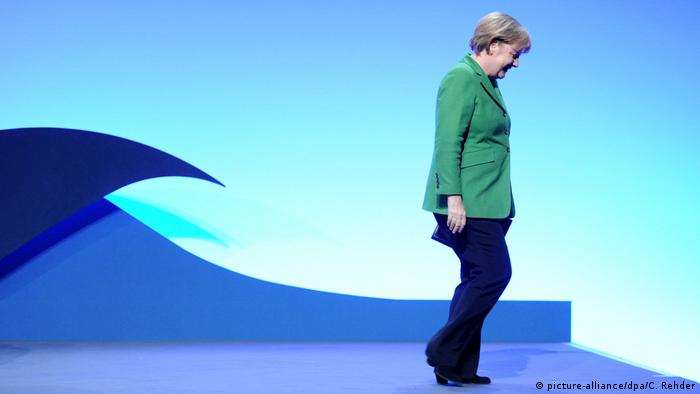 For many observers in Brussels, the twilight of Angela Merkel's chancellorship in Berlin, which has now begun with her decision not to run again for CDU leader, comes as no surprise. After the failed EU refugee summit, political news portal Politico wrote off Angela Merkel as early as this summer. The chancellor's assertiveness had suffered badly because of the internal quarrels in her grand coalition of CDU, CSU and SPD. "How Merkel divides the EU," Politico wrote back then.

That was even before the state elections in Bavaria and Hesse, with their severe losses for the grand coalition. But even then, it was clear that Merkel's 2015 refugee policy course had facilitated the rise of populists in many EU countries. She was unable to enforce the solidarity she demanded on migration policies, or a binding distribution of refugees. Only recently has she advocated closing off the EU's external borders while setting up asylum centers in North Africa.

Some 'will be pleased' 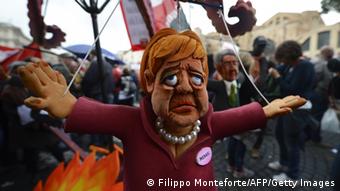 Long before Italy's current populist government was at odds with the chancellor, there were protests against her EU policies

Many in Poland, Hungary and Italy will hardly shed a tear for Merkel once she gives up the chancellorship. Many politicians in states bogged down by financial crises consider Merkel's role in overcoming the financial and euro crisis in Greece, Cyprus, Portugal, Spain, Ireland, and now Italy to be wrong, calling it too rigid, too austerity-oriented.

"Of course, Europe without Angela Merkel is possible," says Janis Emmanouilidis, head of the European Policy Center think tank. "If you have a leading role like Germany and its chancellor do, then of course there will be countries and governments who are less satisfied with what Germany does," he told DW. As such, he explained, there will be people in Eastern and Southern Europe who will be pleased when the chancellor is gone.

Merkel underestimated the refugee issue, Matteo Salvini, Italy's radical right-wing interior minister, told DW in an interview in September. With an eye on Sunday's election defeat in Hesse, Salvini said the result was a "blow with a hammer" for Merkel. 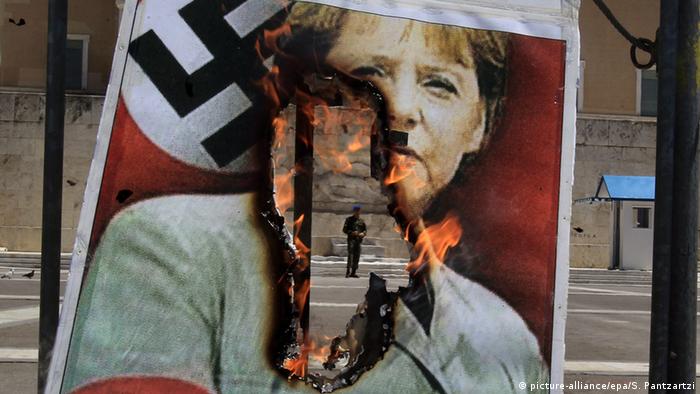 Embittered after austerity gripped the country, Greek protesters didn't pull punches on their feelings toward Merkel

Most EU states value her, according to Emmanouilidis — not least because she is the longest-serving head of government in the bloc, and simply has the most experience in Europe. People appreciated stability in Berlin, he argues. "In times of uncertainty, stability is a great asset."

Many politicians at the EU's headquarters in Brussels will have to get used to the fact that "Mutti" (mommy), as Merkel is fondly called by many in her party and the coalition government, might be leaving in the foreseeable future, says Emmanouilidis. She's been in power for 13 years, so it is difficult to imagine politics without her, but her succession will be arranged, he adds. "There will be the first day after Merkel, a time after Merkel." 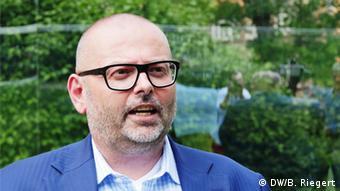 Policy expert Emmanouilidis: It's hard to imagine Europe without Merkel, but an orderly transition will be arranged

For months now, decisions on migration, Brexit or reform of the eurozone at the EU level have been postponed — due partly to the hesitant German chancellor who was too busy with the coalition at home to make time for the EU's urgent crises. By announcing that she will give up the party chair and not run again for chancellor in 2021, some observers see her as a lame duck.

Longtime German finance minister and current Bundestag President Wolfgang Schäuble, however, disputed that characterization in a DW interview, saying that "her position is constitutionally strong" and that she's likely to stay put as chancellor for years to come.

Germany, the largest and financially strongest member state, will of course continue to shape the EU regardless. EU diplomats do not expect progress on negotiations on the EU's common budget before the European elections in May 2019. Günther Oettinger, whom Merkel sent to Brussels as EU commissioner, is responsible for the budget.

It also remains unclear what Merkel's retreat in installments means for Manfred Weber, a member of the CSU who hopes to be nominated as the top candidate of the European People's Party next week, with an eye on the post of president of the EU Commission. Germany's head of government actually has a deciding voice in the matter. 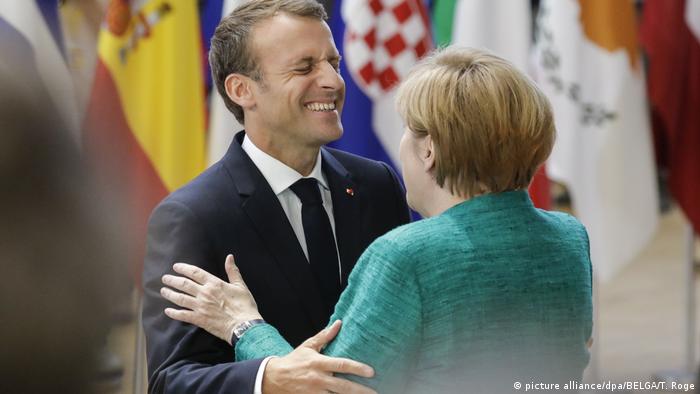 Macron and his 'good friend': With her departure on the horizon, the French president may seize the chance to stake out a position as 'the new Merkel'

French President Emmanuel Macron is unlikely to be particularly pleased by Merkel's possible departure from the European stage. With the help of his "good friend Angela" he planned to advance his reform agenda for the monetary union. There is bound to be a period of uncertainty, says EU expert Emmanouilidis — not what Macron was hoping for.

On the other hand, he adds, the chancellor and the government have not responded to Macron's proposals anyway. "The question is how this will develop after Merkel's departure," says the think tank researcher. It could also be an opportunity for Emmanuel Macron if Merkel leaves the driver's seat.