Chancellor Angela Merkel and her quiet rise to power | Germany | News and in-depth reporting from Berlin and beyond | DW | 07.12.2018

When Angela Merkel became Germany's first female chancellor in 2005, many saw this as proof that it is not always a disadvantage to be underestimated by inner-party rivals. DW looks back at the beginnings.

Despite attempts by several foreign journalists to get her to say how she felt after being picked as Germany's next chancellor, Angela Merkel had difficulties expressing her emotions in her first press conference as chancellor-designate in 2005.

"How do you feel, come on," a Danish reporter asked her, but Merkel only replied: "I'm doing well, I'm in a good mood," adding that she was in a state of "tense concentration" ahead of coalition talks which would shape her first government.

The reaction was typical of a woman who has worked her way to the top political job in Germany by focusing on the politics in favor of the public persona.

Angela Merkel was not taken seriously for a long time by a large part of the general public.

The young woman from eastern Germany was lacking the attributes long associated with political success. She did not work through the ranks as a political foot soldier, had no support network in key positions and little eloquence or media charisma.

Merkel was born in Hamburg but grew up in Templin, north of Berlin, in what was then communist East Germany. Her father, a protestant minister, moved there to oversee a local parsonage. For Merkel, even today, that connection to her roots still has a tremendous importance. 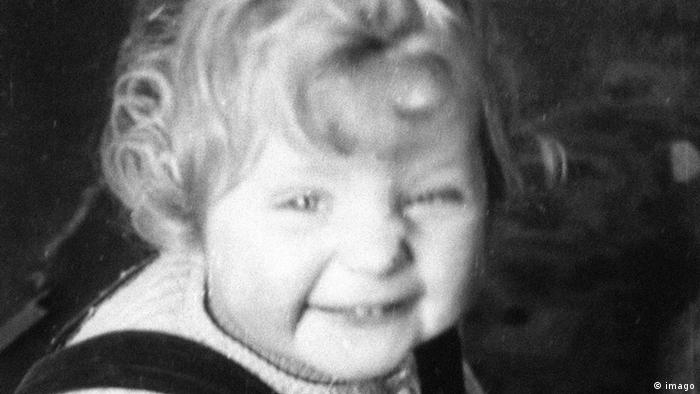 "I consider it very important for political leaders, even when they're in the government, to have a local voting district, where people treat you differently than they would if you were just traveling around," she said.

After spending her childhood in a small town, Merkel studied physics in Leipzig and earned her Ph.D. at the East German Academy of Sciences. She became interested in politics only after the collapse of the communist regime, appearing on the political stage for the first time as the deputy spokeswoman for the first democratic government of East Germany.

Shortly thereafter, her career took off. After unification, West German Chancellor Helmut Kohl named Merkel his Minister for Women's and Youth Affairs. Newspapers called her "Kohl's girl," a sort of alibi easterner who enjoyed the protection of the chancellor. When Kohl lost the 1998 election to his SPD challenger, Gerhard Schröder, CDU party chairman Wolfgang Schäuble appointed Merkel to the post of general secretary of the party. When a slush fund scandal and Kohl's refusal to admit any wrongdoing thrust the party into turmoil, Merkel was asked to make a fresh start as party leader. 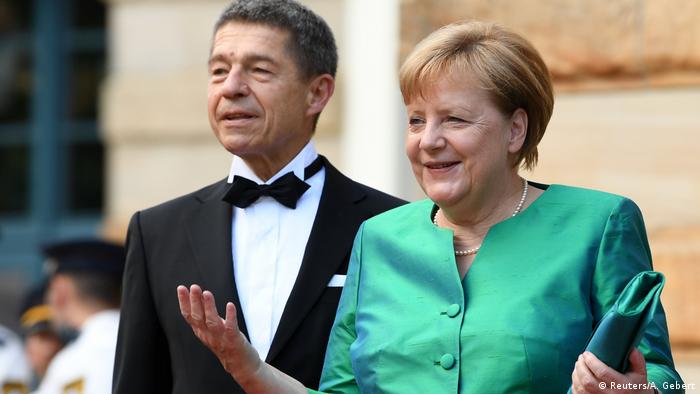 More than a few Christian Democrats thought it would be easy to sideline the inexperienced easterner. In particular, an ambitious gaggle of young state premiers and regional party leaders were believed to harbor such plans. However, with growing firmness, Merkel solidified her position as party leader and was one of the first to break with the era of her larger-than-life predecessor Helmut Kohl and his machinations. But at the same time, she was also able to mend relations with Kohl and thus restore the all-important inner balance of the party.

Angela Merkel, now in her second marriage — to a chemistry professor, Joachim Sauer — is proud of her Christian roots, which she says only grew stronger growing up in communist East Germany.

"I do not think we can ignore that Europe was fundamentally influenced by the Judeo-Christian tradition, and that a large part of Europe has its roots there," she said. "Most of Europe experienced the period of Enlightenment and that was a very important phase in the development of Christianity. We cannot simply ignore this and say we are neutral. What, then, would be the source of our values?" 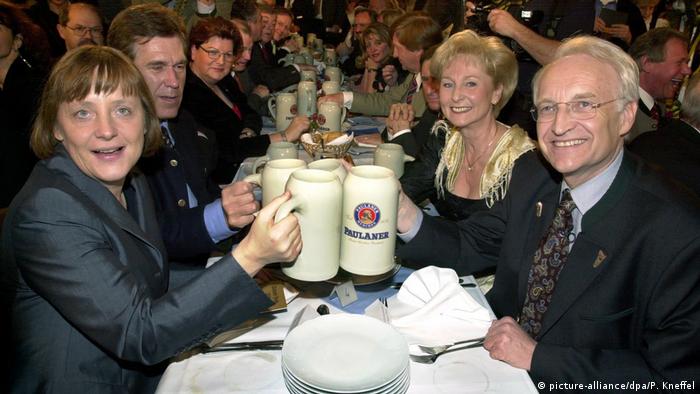 In 2002, Merkel stepped aside to let Edmund Stoiber, the chairman of the CDU's Bavarian sister party, CSU, run against Gerhard Schröder in national elections. Stoiber lost narrowly and Merkel emerged the big winner. In addition to the CDU party leadership, she also took over as leader of the join CDU/CSU parliamentary group — much to the chagrin of the previous office-holder, Friedrich Merz, who subsequently bowed out of active politics.

Merkel's internal rivals then realized that "Kohl's girl" was a formidable opponent.

German Chancellor Angela Merkel has offered to give up the leadership of her Christian Democratic Union (CDU), reports from within her party have said. The conservatives suffered massive losses in two regional elections. (29.10.2018)

In theory, women can become anything they want in Germany, even the chancellor. But if you look closer, it is clear that few women ever get leadership positions in the country's business, political or media worlds. (11.10.2018)

Despite a large drop in support, the CDU has won the Hesse state regional poll, giving the chancellor some welcome breathing room. But the weakness of the political center in Germany remains glaringly obvious. (28.10.2018)