On International Women's Day, three major world leaders drew attention to how women have been impacted disproportionately by the coronavirus pandemic. They called for equality and protection from gender-based violence. 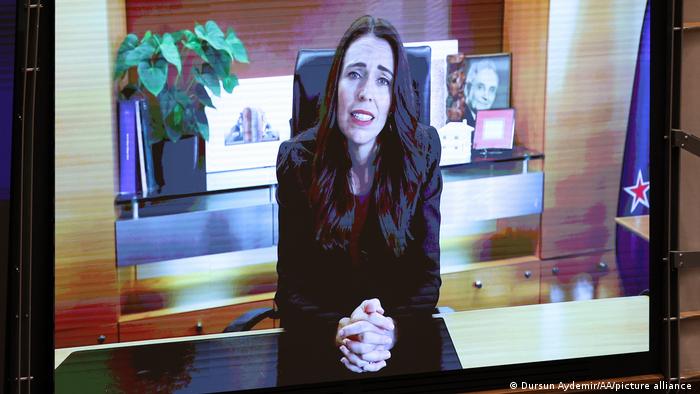 Three of the world's most influential female leaders on Monday warned of the impact that the coronavirus pandemic had had on women's rights.

They warned that the economic and political fallout of the pandemic had sharpened the challenges facing women as they demand equal rights.

"COVID-19 has ravaged our health systems, our economies, our livelihoods," Ardern said. "But it has also exacerbated structural inequalities that disproportionately impact women and girls. Women are at the forefront of fighting the COVID crisis."

She added that women were "amongst the doctors, nurses, scientists, communicators, caregivers and frontline and essential workers who face the devastations and challenges of this virus every day."

The New Zealand PM said that women, in addition to the other adverse impact of the pandemic, were also facing intensified domestic violence.

"This (domestic violence) is being reported as the shadow pandemic in all corners of the world," she said.

This was echoed by Vice President Harris in her statement where she said that quarantine measures had increased the risk of violence against women. 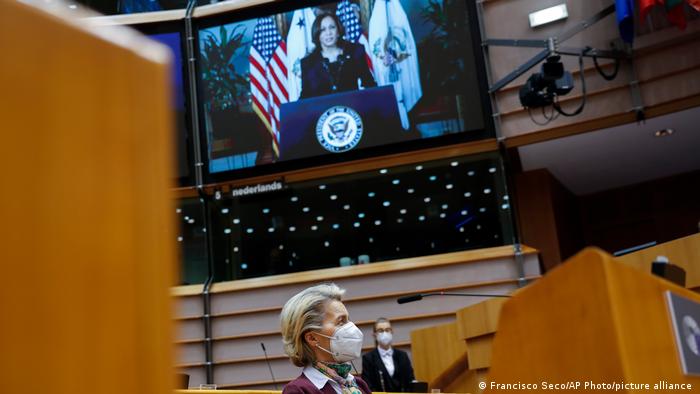 "COVID-19 has threatened the health, the economic security, and the physical security of women everywhere," she said in a video address recorded in Washington.

"At the same time, women comprise 70 percent of the global health workforce, putting them on the front lines and at risk of contracting the virus," Harris said. "Time in isolation has also increased the risk of gender-based violence while interfering with services for survivors of domestic violence."

"It is built on two simple principles: equal work deserves equal pay and for equal pay you need transparency," she said. "And women must know whether their employers treat them fairly. And when this is not the case, they must have the power to fight back and get what they deserve."

Von der Leyen said that women were paid 14 percent less than men and that only 67 percent of women were employed compared to 78 percent of men.

"This is simply not acceptable," the EU chief said. "We have to remove the obstacles on the path towards equality. We have to strive for equal opportunities."

As the Taliban consolidate political power, Afghan women are worried about freedom and safety. A government negotiator in Kabul says women's rights need to be on the agenda for the future.

International Women's Day: Why there are so few female coaches in elite sport

The higher the level, the fewer women are found in top coaching positions. When it comes to gender equality, there remain structural problems in elite sport in Germany.