International Women's Day: Why there are so few female coaches in elite sport

The higher the level, the fewer women are found in top coaching positions. When it comes to gender equality, there remain structural problems in elite sport in Germany. 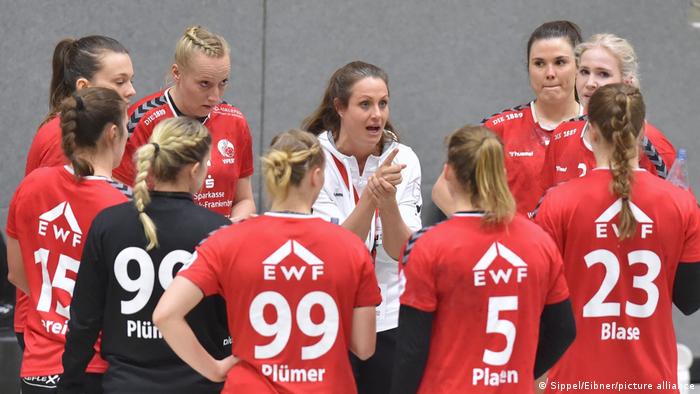 Though women hold 47% of coaching badges, they are 13% of elite coaches in Germany

When Gitta Axmann talks about her football coaching badge course from 2009, the unpleasant memories come flooding back.

"They thought I was part of the cleaning team," she told DW. "And then, out on the pitch, it was a case of: 'The woman at the back, she can't do it.'"

Stereotypes, demeaning comments, little acknowledgment of ability or competence — that was 11 years ago, but the number of women in elite coaching positions in Germany remains small.

According to figures compiled by the German Olympic Sports Confederation (DOSB), 47% of professional coaching badge holders are women. Yet as the level increases, the proportion of female coaches plummets. In elite sport, women make up only 13% of coaches, figures which have been stagnating for years.

There are several different reasons for this, said Axmann, who is nowadays a researcher at the Institute for Sociology and Gender Studies at the German Sport University in Cologne.

Chief among them are traditional gender cliches and the historical assumption that sports were created for men. In the 1950s, medical myths developed, such as the idea that sport was damaging to the womb or breasts, or that the female body wasn't physically able to compete in sport.

Sociologists speak of the phenomenon of "hegemonic masculinity," which, Axmann said, still plays a considerable role.

"Men define themselves against everything that isn't masculine," she said. "That means women, but also homosexuals, and is particularly strong in sport, one of the last remaining arenas in which the body is a key determiner of performance." Women, therefore, are considered not tough enough, not assertive enough.

Careers in coaching are generally not the most secure, nor are they particularly family-friendly: training in the evening, competitions at the weekend, often pro bono conditions with few permanent positions. Axmann herself has never worked as a coach.

"I decided it was just too much," she said. "I also work as a freelancer at weekends, and I couldn't combine everything."

The DOSB is aware of the issue and inserted a 30% gender quota into its constitution in 2014. According to its own equality report in 2020, its top level committees have now effectively achieved gender parity.

But there is no comparable quota for women in professional coaching positions, despite a number of DOSB projects in recent years.

"Sports federations can help support women on their paths to the top with mentoring programs aimed especially at former top female athletes," said Sybille Hampel, the head of the DOSB working group aimed at increasing the number of top female coaches. 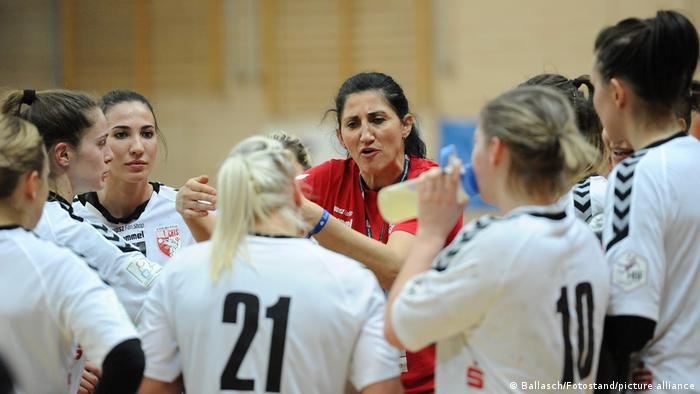 With some exceptions, coaching professional sport remains a male-dominated profession

"The image of the coach as a male figure stubbornly endures," Petra Tzschoppe, the vice president of the DOSB, who is responsible for women and equality, told DW. "And many sports associations still follow this pattern today when it comes to filling coaching positions.

"Professional male athletes are often encouraged to think about future coaching roles during their active careers," Tzschoppe said, "but is less often the case with their female counterparts."

One thing that could help is a more visible media presence for women, as well as stronger female coaching networks, better working conditions, full-time contracts, overtime regulations, further education opportunities, and alternative working models such as flexible and part-time positions.

"These are hardly secrets, but we need change and we need money to implement them," said Simone Lammers, the vice president of Germany's Professional Coaches Union. "But, because the decision-makers are still overwhelmingly male, progress is slow."

Lammers said many female coaches saw themselves as individuals among male colleagues and functionaries. On the other hand, many also experience support from their male colleagues.

The promotion of female coaches is an international issue. At the last four Olympic Games, only 11% of coaches were women. Now, the International Olympic Committee is striving for more balanced gender representation with its Equality Review Project.

In a recent interview with British broadsheet The Guardian, Jo Coates, the head of UK Athletics, spoke about her desire to support female coaches and the need to dismantle masculine structures in sport.

"I absolutely agree with her and I wish us all great success," Tzschoppe said, stressing that shaking up old structures is not about taking anything away from men, but about opening up pathways in sport for all.

"It's about women in leadership positions being acknowledged and treated respectfully as coaches, without demeaning comments or sexual harassment," Tzschoppe said.

"It's about using everyone's abilities and seeing diversity as a chance," she added. "It's the only way for sports organizations to meet the challenges of the future."