The European Commission has outlined a set of measures that would allow EU member states to keep fuel and electricity prices low. 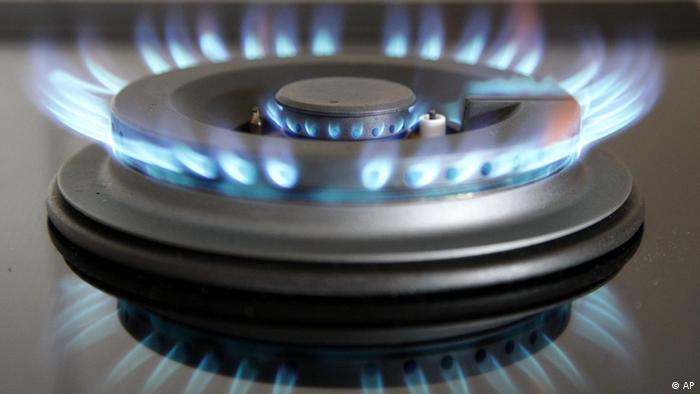 Natural gas prices look set to soar, with stocks low ahead of the winter

The European Union announced a raft of options on Wednesday for members to tackle the issue of spiraling energy costs.

Brussels is seeking to soften the impact on consumers of an expected energy shortage that could send domestic bills soaring.

What exactly are the tools?

There are some more immediate measures to protect vulnerable consumers and businesses:

There are also more medium-term ideas to boost market resilience alongside decarbonization:

EU Energy Commissioner Kadri Simson said rising prices were a particular concern as the bloc seeks to emerge from the coronavirus crisis.

"The Commission is helping member states to take immediate measures to reduce the impact on households and businesses this winter," said Simson. "At the same time, we identify other medium-term measures to ensure that our energy system is more resilient and more flexible to withstand any future volatility throughout the transition."

"The current situation is exceptional, and the internal energy market has served us well for the past 20 years. But we need to be sure that it continues to do so in the future."

Why is the EU doing this?

The intention is to give member states the ability to ensure energy prices are kept low without breaching strict competition rules.

Some member states have already stepped in at the national level to curb soaring prices.

France has promised a price ceiling and was planning to offer poorer households a payment of €100 ($115) each. Meanwhile, Italy was already considering measures such as providing relief through tax cuts.

In the medium term, Spain, France and Greece have all called for more comprehensive measures at the European level. They want the bloc to coordinate gas purchases, create joint gas storage and sever a link between the price of electricity and gas.

Concrete negotiations are planned for the EU summit on October 21 and 22.

What more could be done?

Tim Gore, head of the Low Carbon and Circular Economy program at the Institute for European Environmental Policy, told DW he would like to see a reduction in taxes on electricity as part of the longer-term plan.

"It would make most sense for governments to cut taxes on electricity, which would be in line with the longer-term reforms to energy taxation to support the electrification of the economy, which is vital for the green transition."

In addition, Gore said, customers could have clear and visible alternatives to fossil fuels.

France: No to wind energy

"Given that renewable energy is currently much cheaper than fossil gas energy, it will be important to ensure over the medium term that this difference is made more transparent to consumers in order to build support for the renewable energy transition which is ultimately not the source of the current crisis but is the only long term solution."

The toolbox mentions possibly dropping renewable energy surcharges and other levies on energy for poorer customers — provided this really is targeted at those most in need.

However, Leonora Holling, chair of Germany's Association of Energy Consumers, said a reduction for poorer customers was unlikely to happen quickly.

"This would require a parliamentary resolution," said Holling. "In view of Germany’s energy policy, it also seems difficult to imagine that the renewable energy surcharge will be suspended or the CO2 price abolished. It would also be difficult to impose price targets on suppliers."

"I would prefer an initiative to have the social security offices take over the additional payments for the next annual bill, with no ifs or buts."

Why are energy prices rising?

Fuel and electricity prices have risen as national economies appear to be recovering from the effects of the COVID pandemic.

Wholesale natural gas prices in Europe have more than tripled this year, with storage tanks precariously low ahead of winter. Meanwhile, the price of oil and coal has also jumped.

Russia — the source of most of the imported gas into the bloc — has been accused by some EU officials of cutting supplies in an effort to force Germany to activate the newly completed Nord Stream 2 pipeline.

The pipeline's route crosses the Baltic Sea, bypassing Ukraine, and some member states see its development as a geopolitical ploy by the Kremlin.

However, outgoing German Chancellor Angela Merkel has questioned that explanation, instead suggesting that European countries have failed to secure sufficient long-term gas contracts.