The EU has proposed a new border and coast guard agency for the bloc and plans to increase spending on border security. The plan aims to stem the flow of migrants from conflict zones in the Middle East, Asia and Africa. 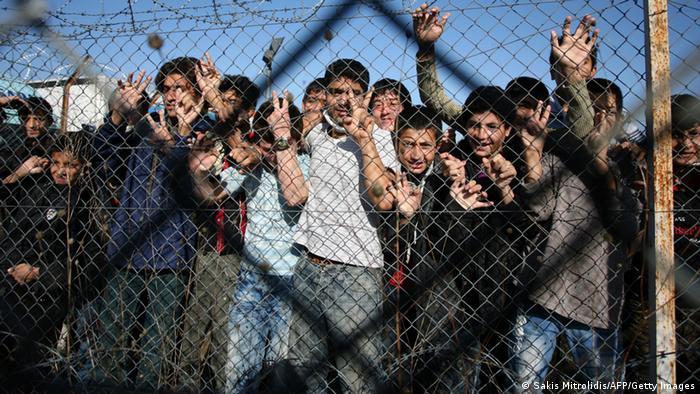 "What we are creating today is more Europe," Migration Commissioner Dimitris Avramopoulos told the European Parliament in Strasbourg on Tuesday. The proposal would "allow us to move ahead with more unity, decisiveness and resolve," he added.

The European Commission's latest plan is aimed at boosting security for the bloc while preserving the 26-nation Schengen zone of free movement. The proposal intends to replace the EU's Frontex agency with a new European Border and Coast Guard. Currently, Frontex, which coordinates national border agencies, has about 400 staff members. The number is expected to be increased to 1,000 once the plans are implemented.

The new force will receive 322 million euros ($354 million) in funds by 2020 and will have expanded powers, including a 1,500-strong rapid reaction force on standby. The new agency will also be responsible for expelling people who do not qualify for asylum in Europe.

The European Commission also said it wanted the power to deploy border and coast guard teams "when a member state is unable or unwilling to take necessary measures." Commission Vice President Frans Timmermans said there could be "exceptional situations where a member state is, for whatever reason, unable to cope with the situation on its own."

"In an area of free movement without internal borders, managing Europe's external borders must be a shared responsibility," Timmermans added. 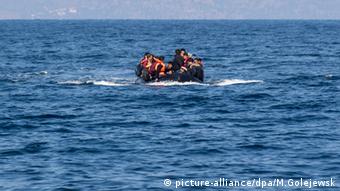 More than 600,000 refugees have come to Europe by boat this year

However, the proposal needs to be first approved by the European Parliament before it can be implemented, and countries like Greece have already signaled hesitation regarding the EU-wide defense policy.

"The proposal means bringing in through the back door infringements on our sovereignty… We won't go for this at all," Notis Marias, a lawmaker from Greece, told Reuters news agency.

Timmermans tried to pacify member states resisting the EU's common plan for defense. "There is a lot of debate about us imposing our will on member states… This is a safety net. Most member states would gladly accept the help," he said.

The plan received the backing of Italy, whose Interior Minister Angelino Alfano said circulation within EU borders "must not only be free, but also safe." Germany's State Minister Michael Roth told journalists in Brussels that his country was "extremely grateful to the commission that it has put ambitious proposals on the table."

The pressure to tighten frontier checks has increased following the November 13 attacks in Paris. Some of the militants who executed the strikes were reported to have traveled along the migration route from Syria to Turkey and Greece.

Meanwhile, the flow of migrants from Turkey to Greece has decreased by more than half in November, to 108,000. Frontex has said the slowdown was because of worsening weather conditions and the EU's tightening of border controls.

The EU's border control agency Frontex first warned of record migrant numbers in March, according to a German media report. The agency also said there would be a huge increase in sea crossings. (08.11.2015)