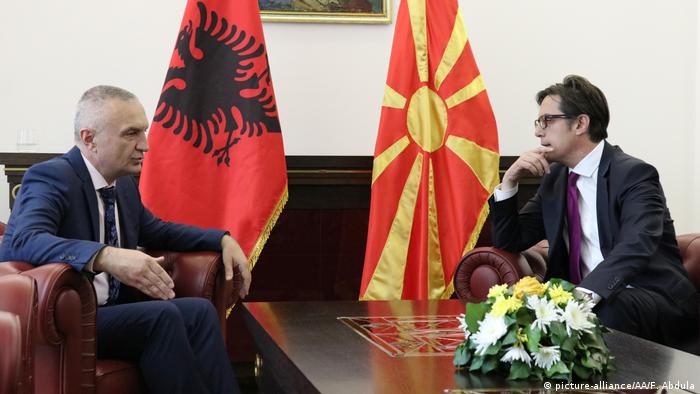 Presidents Illir Meta (l.) of Albania and Stevo Pendarovski of North Macedonia met in Skopje in May 2019

France, the Netherlands and Denmark have been blocking the start of EU accession talks for North Macedonia and Albania since October. The start of those talks is long overdue, for even the new European Commission has endorsed both western Balkan countries' request for membership.

– Condense the 35 current negotiating categories into six thematic groups. The aim of this is to expedite negotiations and improve "political control" of them.

– To more closely integrate critical nations into the accession process. The new plan proposes the European Commission and representatives from all 27 EU member states travel together to potential member states to get a firsthand view of reforms in the respective countries. Speaking in Brussels, Varhelyi said this would help avoid last minute "surprises."

– To delay, or break off entirely, negotiations with countries that lack progress on reform. French President Emmanuel Macron pushed hard for this measure. Although this option already exists, it is rarely, if ever, used.

– To more clearly define and publish conditions that potential accession states must fulfill. The issue of rule of law is to be at the core of all future negotiations in all six thematic groups. 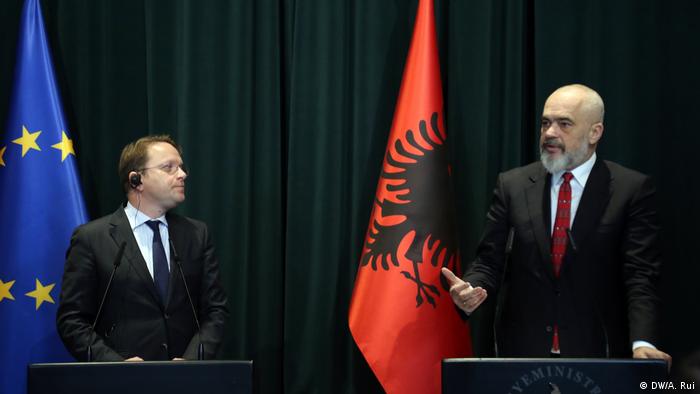 Accession negotiations to start before May meeting

The expansion commissioner made clear he intends to begin negotiations with North Macedonia and Albania as soon as possible. The European Commission has said it will complete its positive report on North Macedonia and Albania by the end of the month in an effort to dispel concerns voiced by France, the Netherlands and Denmark. Oliver Varhelyi was forced to admit, however, that other member states have doubts, too, adding, "But none of them currently want to say that publicly."

Varhelyi, nevertheless, expressed confidence that both North Macedonia and Albania, which have been forced to exhibit patience in the face of repeated delays, will be given a concrete starting date for negotiations when a special summit on EU expansion strategies is held in Zagreb, Croatia, in early May. 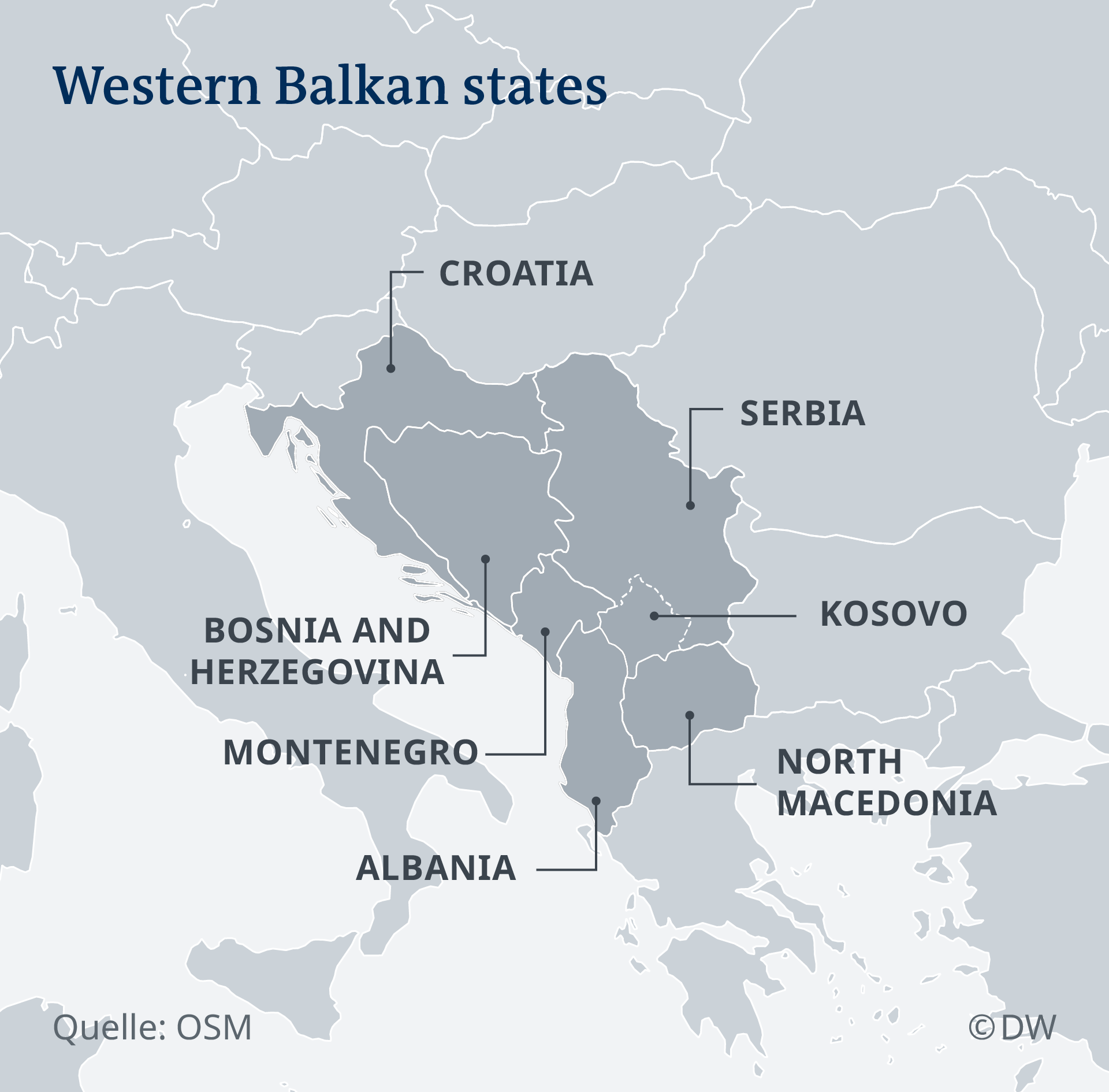 Serbia and Montenegro can vote

Varhelyi's new proposals, which the EU's 27 member states must now approve, are not designed to be applied to currently bogged-down talks with Serbia, Montenegro and Turkey. "You can't change the rules in the middle of the game," said Varhelyi.

Still, Serbia and Montenegro will be given the option of accepting the new rules if they prefer. Accession talks with Turkey, which began in 2005, have been put on ice indefinitely due to a host of conflicts on the topic within the EU.

Read more: A 'no' from EU on Western Balkan accession could spark conflict

North Macedonia's foreign minister, Nikola Dimitrov, is hoping for an EU decision before his country goes to the polls in April. He says it would provide an answer to the question of just what it is that Europe wants from countries in the western Balkans. Commissioner Varhelyi also admitted that EU member states were obligated to make good on their promise of membership if Balkan states fulfill accession requirements.

Albanian Prime Minister Edi Rama said he was looking for a process that provides more clarity and more fairness. Rama said that though critical, French President Macron's desire for reform could, "breathe new life into a floundering negotiation process."

Providing a perspective for Kosovo and Bosnia-Herzegovina

Commissioner Varhelyi also pledged that Kosovo, which is not recognized by all 27 member states, and Bosnia-Herzegovina, whose political system has exhibited a number of deficiencies, should be given a realistic perspective of eventually joining the bloc. "A credible possibility of accession is the key to political stability and development in our region," said the Hungarian.

It remains an open question whether France will now vote to begin negotiations with North Macedonia and Albania. According to one EU diplomat in Brussels, the foundations of the accession criteria and negotiations had changed very little despite Varhelyi's efforts. He hinted that the process had gotten a facelift, but the substance behind it remained the same. France, the diplomat suggested, had gotten what it wanted, and now it should yield.

Washington is bringing the Western Balkan states back to the negotiating table. The US initiative should galvanize the EU, which is currently busy with its own problems, says guest expert Christian Schwarz-Schilling. (10.09.2019)