Heiko Maas aims to hammer home the point that EU accession talks with North Macedonia and Albania are crucial to the bloc's strategic interests. But will that convince those opposed to further enlargement? 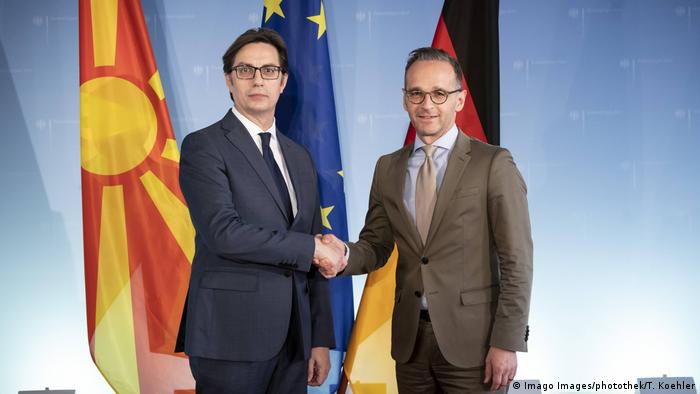 Germany's endorsement for EU enlargement has become increasingly visible since it launched in 2014 the so-called Berlin process, an annual summit of all six Western Balkan states, designed to help pave the way for future accession talks into the bloc.

Germany's vested interest makes Foreign Minister Heiko Maas' stop in the Balkans this week even more important. But it comes against the backdrop of a number of EU states putting a spanner in the works by snubbing memberships talks for North Macedonia and Albania. Maas will endeavor to offer a sliver of hope to the Western Balkan countries by telling them that they are an integral part of of Europe.

"Their future lies within the EU. A majority of EU countries are in favor of opening membership talks and have recognized their strategic importance. However, we need a majority within the EU and that's what we're working on to try and reach a common position," Maas told DW.

One of the stumbling blocks, and a formidable one at that, is France. President Emmanuel Macron is opposed to further EU enlargement until those accession procedures have been reformed. Above all, he says the timing isn't right, saying that the bloc will need 20 years to deal with the continued fallout of the financial crisis in 2008. 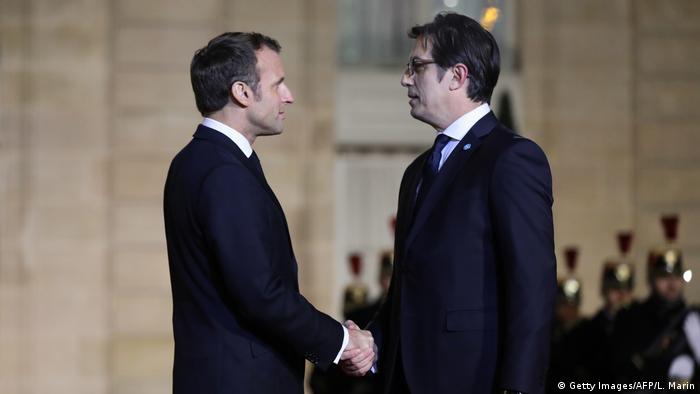 However, Maas says he remains undeterred. "One of the EU's strengths is that we usually find a way to overcome even the most difficult issues and end up with a viable solution. I am confident that we will succeed here, too."

"Macron has made it clear that he wants the enlargement process to be overhauled and has called on North Macedonia and Albania to intensify their own reform efforts," he added.

Both the outgoing EU Commission President Jean-Claude Juncker and his successor, Ursula von der Leyen, have criticized these stalling tactics. The US envoy to the West Balkans even went as far as calling it an "historic mistake."

That support has been welcomed in North Macedonia and Albania, but it also puts the ball in their court to earnestly press ahead with their reforms. Maas says those efforts not only pave the way for possible accession talks but are also "in the interests of the people. Strengthening the rule of law, cracking down on corruption and organized crime — those issues should be the core priorities of any government that has the interests of its voters at heart."

While the EU has made positive noises about North Macedonia's progress, the same cannot be said of Albania. The country has been mired in a political crisis for over a year. The opposition is boycotting parliament and wants fresh elections. Indeed, one of the EU's key demands is an overhaul of the country's election law. Still, Maas says it was right to offer Albania the prospect of accession talks.

"Albania is a model for the region in terms of its efforts to reform its justice system. What we need to see now is that all sides allow the constitutional court to get on with its work. We're optimistic that the reforms that include recommendations from the OSCE/Office for Democratic Institutions and Human Rights can be implemented swiftly."

Nevertheless, it throws up the question whether the EU should tackle North Macedonia and Albania separately. In 2018 the EU Commission came to the conclusion that both had fulfilled certain reform criteria to allow membership talks to go ahead. "This year the Commission reassessed the situation and confirmed its recommendation. The German government shares that assessment which is why we pushed for those accession talks," says Maas.

After last month's EU summit, critics accused the bloc of not sticking to its pledges and that its enlargement aspirations regarding the Western Balkans were lukewarm at best. Instead, a number of alternative arrangements have been making the rounds, such as a mini-Schengen model or the so-called Norway option; Norway is not an EU member but enjoys close ties with the bloc through its membership of the European Free Trade Association  and the European Economic Area.

However, Maas is quick to dismiss those ideas. "We do not see any viable alternatives to EU accession, particularly if we want to offer incentives for those countries to stick to their reforms permanently. That's not to say that EU rapprochement and regional cooperation are mutually exclusive."

"All six Western Balkan countries benefit from strengthened neighborly relations and economic ties; it makes the Western Balkans as a whole more attractive."