EU members states have failed to agree on opening membership talks with Albania and North Macedonia. France has called for reforms to the accession process it called "inefficient." 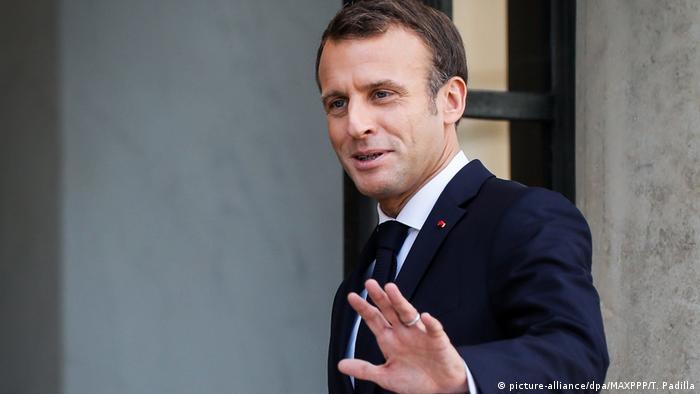 EU ministers in Luxembourg on Tuesday again delayed accession talks for North Macedonia and Albania, in the third such attempt for the two Balkan countries.

Following the meeting, Finnish EU Affairs Minister Tytti Tuppurainen said the issue would be discussed again at the summit of EU leaders in Brussels later this week.

EU Enlargement Commissioner Johannes Hahn said the indecision was "not a moment of glory for Europe."

"There is no doubt that any further postponement would damage our credibility in the Western Balkans and also our ambitions to become a stronger global player," Hahn said.

Although Hahn said the "overwhelming majority" of EU states supported membership talks for Albania and North Macedonia, France had voiced its opposition and said it would veto the move.

Echoing comments made by French President Emmanuel Macron this summer, French Minister for European Affairs Amelie de Montchalin said on Monday that Europe needs to focus on reforming the accession process before entering "an endless soap opera" of membership talks.

"Is this process efficient? From our point of view, no," she told reporters.

France argues that the EU has enough on its plate without adding two new member states from the Balkans, a region still dealing with the aftermath of violent wars fought in the 1990s and where rates of crime and corruption remain high relative to the EU.

Last week European Commission President-elect Ursula von der Leyen and other senior EU officials signed a letter of support, saying the two Balkan states had done "what we asked them to do." The move has broad support from most EU member states as well as the US.

European Commissioner Johannes Hahn said Albania had made a concerted effort to eradicate the issue of corruption among its judiciary, while North Macedonia resolved a dispute with Greece when it changed the country's name from Former Yugoslav Republic of Macedonia to Republic of North Macedonia.

Earlier this year the European Commission stated that the two countries had made sufficient reforms to be allowed to move forward in their EU accession bid. The accession process — a series of targets and goals in various areas that countries must meet before joining the bloc — can take years or even decades to complete once begun. Nominally, at least, Turkey has been in the process since 1999.

While France has found support in the Netherlands, the majority of member states, led by Italy, are frustrated by the stance.

Germany has suggested a compromise that would buy the bloc time while agreeing in principle to starting talks. But the European Commission has said it would be wrong to insist on further conditions when the two countries have met the targets set by the EU.

"It's becoming harder and harder to provide a proper explanation [for the delay]," said Hahn.  "If we agreed with our partners on steps to take and our partners are delivering, it is then our time to deliver."

The EU is also concerned that a delay could push Balkan countries closer to Russia and China.