BioNTech has said it is readying 12.5 million doses as European countries get set to start vaccinating their most vulnerable. Several EU countries will begin vaccinations this week, others will follow in the new year. 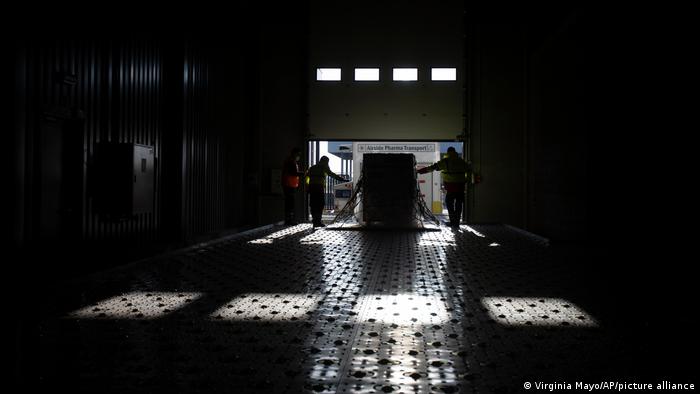 With European Union countries preparing to begin inoculation programs this week, German pharmaceutical company BioNTech said Tuesday that it is readying 12.5 million doses of COVID-19 vaccine for delivery across the bloc by the end of the year.

On Monday, the European Medicines Agency approved the use of the BioNTech-Pfizer vaccine following its emergency approval in the US, UK and Canada earlier this month.

Several EU states will begin administering the vaccine this week in hopes of stopping the spread of infections as the death toll from the coronavirus pandemic continues to rise dramatically. Initial shipments will go to Germany, France, Austria and Italy this week, with further deliveries to Switzerland and the Netherlands in January.

Doses will be delivered in Germany, France and Italy on Saturday, December 26, so that each can begin vaccinating the most vulnerable, namely the elderly, on December 27. Germany will initially receive 150,000 doses with more to come later in the week. Meanwhile, vaccine doses will be delivered from a central storage facility in Belgium to 300 sites around Italy. It is expected that France's medical regulators will give their final national approval for the use of the vaccine on December 24.

The Netherlands will begin its vaccination program on January 8. Last week, Health Minister Hugo De Jong told parliament, "We have opted for a plan that is careful, safe and responsible." Early approval of the vaccine in the UK and the US caused some commotion in the EU, but, ultimately, the bloc maintained its plan to conduct a slower, more comprehensive testing regime rather than rushing approval.