Coronavirus digest: Germany reports more than 1,000 cases for the first time since May

Infections in Germany have hit a three-month high. Ukraine has reported its highest figure yet. Meanwhile, Lufthansa has posted a net loss of €1.5 billion. Catch up with the latest news on the pandemic. 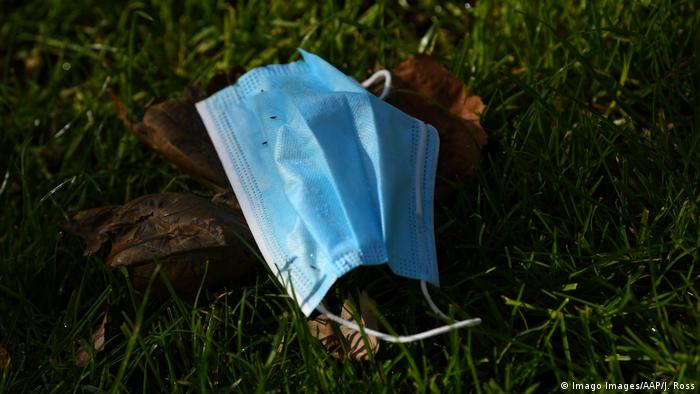 More than 707,000 people have died from COVID-19 globally, according to the latest data from Johns Hopkins University, while the total number of registered infections nears 19 million.

Numerous countries have been reporting new spikes, including Germany, which has recorded more than 1,000 infections for the first time since May, and Ukraine, where cases have hit an all-time high.

German airline Lufthansa have reported losses of well over a billion euros in the second quarter of the year and announced that over 20,000 more jobs will be cut.

Here are Thursday's latest developments regarding the novel coronavirus around the world.

The RKI announced that 1,045 infections had been registered over a 24-hour period — the first time since May 7 that the figure has exceeded 1,000. Numbers peaked in early April, when there were more than 6,000 cases in a day.

Meanwhile, German Health Minister Jens Spahn announced that all arrivals from so-called risk areas will have to undergo compulsory testing, beginning on Saturday.

Ukraine has reported its highest number of coronavirus cases in one day yet. The country's security council announced that the number of cases registered in the past 24 hours was 1,318.

Poland may see a further increase in infections, which could top 700 per day during and after this weekend, the country's health minister said. On Tuesday, Poland reported its highest ever tally of cases: 680.

Parts of Belgium and Spain were labeled off limits to tourists from Germany, Switzerland and Finland, as fears about the consequences of traveling during the pandemic continue.

To the point - Coronavirus Second Wave: Scaremongering or Real Danger?

The UK government has announced that it will not be using 50 million masks bought for medics. The masks have ear loops rather than head loops and may not fit tightly enough, rendering them unusable for their purpose. The face masks were part of a £252 million (€280 million/$332 million) contract that the government signed with the investment firm Ayanda Capital in April.

A fire in India has resulted in the deaths of eight coronavirus patients in at the Shrey Hospital, a designated COVID-19 facility in the western city of Ahmedabad.

Rajiv Kumar Gupta, a Gujarat state government official, told reporters that an electrical short-circuit appeared to be the cause of the fire.

Gambia, mainland Africa's smallest country, has introduced a three-week curfew after coronavirus infections went up by over 60%.

An Israeli research institute announced they would begin trials on humans for a potential coronavirus vaccine as early as October, Defense Minister Benny Gantz announced.

"All the initial experiments have given great hope," he said.

Latin America has so far recorded some 208,000 coronavirus-related deaths and is set to overtake Europe's total of 211,000 in the coming days. Latin America's population is 652 million while Europe's is 741 million, according to the statistics and reference website Worldometer.

White House health experts have warned of "trouble ahead" for many US cities which are seeing increasing rates of the virus. Boston, Chicago and Washington, D.C. are among the cities that have seen recent upticks in the number of positive cases. Senate majority leader Mitch McConnell also said the US economy needs an "additional boost" to overcome the effects of the pandemic.

Quarterly results for businesses around the world have been emerging with predictably gloomy outcomes.

Lufthansa took a €1.5 billion ($1.78 billion) hit to their bottom line in for the year's second quarter as demand for air travel remains low and some 22,000 jobs will be cut. Despite the huge loss, it is an improvement after recording a first quarter net loss of €2.1 billion, prompting a multi-billion euro government bailout for the ailing airline.

DW's business reporter, Christoph Kober, said there is no quick fix and the economic situation for the aviation industry may get worse before it gets better. He said: "It will be a long road to recovery. We'll see tens of thousands of jobs being axed in the meantime and it is the worst year in aviation history."

Dutch bank ING has recorded a 79% drop in net profit for the second quarter of 2020, citing the pandemic as the chief reason behind the plunge. Net profit stood at €299 million ($355 million) as opposed to €1.4 billion for the same time frame last year.

Meanwhile, the Philippine economy plummeted in the second quarter, falling into recession for the first time in 29 years, as economic activity was hampered by one of the world's longest and strictest coronavirus lockdowns.

The country's economy shrank by 16.5% in April-June compared with the same period last year, the Philippine Statistics Authority announced.