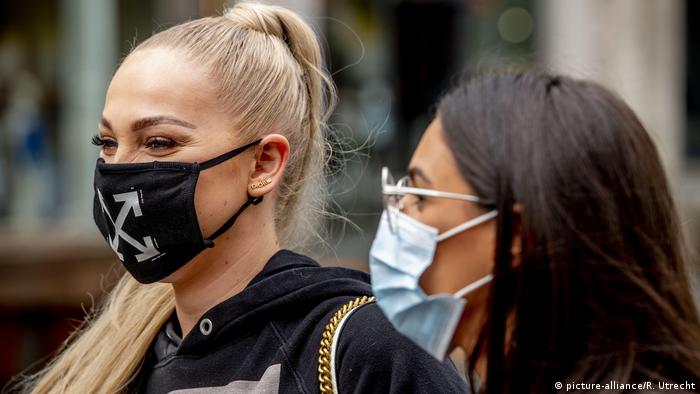 "Numbers of new infections and deaths have been rising since the end of July, especially in the Antwerp province," the Foreign Ministry wrote.

The proportion of cases in the northern province, which does not share a border with Germany, has risen to 50 cases per 100,000 residents, Germany's Foreign Ministry said. The Robert Koch Institute, Germany's public health authority, classifies such regions with such a proportion as "risk areas."

Travelers returning to Germany from the region would be obliged to self-isolate for 14 days, unless they could provide a fresh, negative COVID-19 test.

Belgium has slightly above average per capita infection and mortality rates in Europe, although it fares considerably worse by the numbers than Germany itself.

The country has seen the number of coronavirus patients admitted to intensive care units double in the past month. Belgian health officials said on Monday the epidemic was spreading "intensively" — albeit still well below the sustained levels seen in April in particular.

Antwerp has reported more coronavirus cases than any other region in Belgium. The province, which houses Belgium's largest port, has strict mask requirements, a night curfew and a night-time ban on selling alcohol.

Due to a recent increase in new cases, back up to around 300 per day, Antwerp has made wearing masks mandatory in public places with large audiences, as well as public transport, museums and shops. Guests in pubs and restaurants must provide contact details before leaving, and shoppers are limited to 30 minutes in stores.

The Robert Koch Institute has declared 127 countries and four regions in Belgium and Spain high-risk areas for the new coronavirus. Last week, it added the Spanish regions of Aragon, Catalonia and Navarre to its list.

Germany, which has reported more than 212,000 cases and 9,000 deaths since the pandemic began, has seen a recent uptick in new cases, recording 500 infections per day on average over the past 10 days. During April, the peak of what's often considered Germany's "first wave," that daily figure was consistently north of 2,000 and sometimes above 6,000.

The global coronavirus death toll has exceeded 700,000, with one person dying every 15 seconds in recent weeks. Catch up with this and other latest news on the COVID-19 pandemic.

German carmakers in for a bumpy ride ahead

Environmentalists have demanded an end to the transport of Russian nuclear fuel through Germany. Berlin said it had "no legal grounds" to prevent an expected delivery.