As coronavirus second waves sent several countries back into lockdown, increasing evidence suggests those who may think they are safe are actually helping spread the virus. 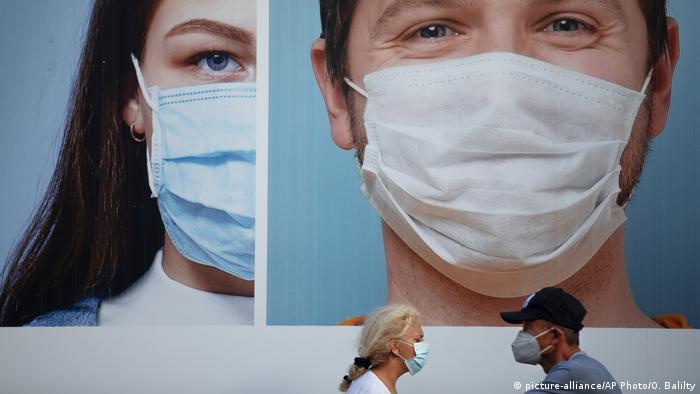 Around the world, coronavirus cases are spiking in places that thought the worst was behind them. From Melbourne, Australia to Leicester in the United Kingdom and China's Beijing, the surge has prompted several governments to reinstate lockdown measures, after previously relaxing COVID-19 restrictions.

Almost 260,000 new cases were recorded on July 18 — the world's biggest daily increase since the beginning of the pandemic.

Since then, numbers have appeared to steadily fall.

But as mounting research suggests people who seem otherwise healthy may play a bigger role in spreading the virus than initially thought, experts are warning against complacency in the face of COVID-19.

One reason for resurgences in coronavirus cases could be the number of people unaware that they are infected.

In China, one woman who didn't show symptoms but was self-quarantining after returning from the United States, caused a cluster of 71 cases after using the lift in her building.

"A lot of data has suggested that presymptomatic transmission is quite common, which makes controlling the virus difficult," Hitoshi Oshitani, professor of virology at Tohoku University Graduate School of Medicine in Japan, told DW.

A recent study co-authored by Oshitani in Japan traced a number of coronavirus clusters back to young people who did not feel sick. The study, published in the CDC's Emerging Infectious Diseases Journal, looked at more than 3,000 cases in Japan. Researchers narrowed down 22 people who likely started clusters outside hospitals. Half of them were between 20-39 years old. Yuki Furuse, lead author of the study and assistant professor of virology at Kyoto University, says this was especially surprising because the majority of coronavirus cases reported in Japan at the time were in their 50s and 60s.

It is not yet clear whether social or genetic and biological factors, or a combination, are responsible for the spread of infection between the younger and older groups in the study, the authors said.

It could be that young people perceive themselves as less at risk and are therefore more "mobile," Oshitani said, which means they have "more chances of being in a risky environment." Or that they experience a milder course of the disease and do not realise they are spreading it, added Furuse.

More widespread testing shows young adults increasingly testing positive for the coronavirus. A recent analysis of state data in Seattle in the US found half of new cases were between 20 to 30 years old. And nearly 70% of people who tested positive in the US since May 30 were younger than 60 years old, according to the CDC's most recent data.

Some public health experts, such as Monica Gandhi, professor of medicine at the University of California, say COVID-19's "incredibly rapid spread around the world" can only be explained if there are people that don't seem infectious but are spreading the virus.

The evidence for asymptomatic spread is "essentially indisputable," according to Gandhi. "You think you've figured out who is symptomatic, you've isolated and you've quarantined... But there is a reservoir of this virus in healthy people," she told DW.

That, she said, is "the trick to this virus." 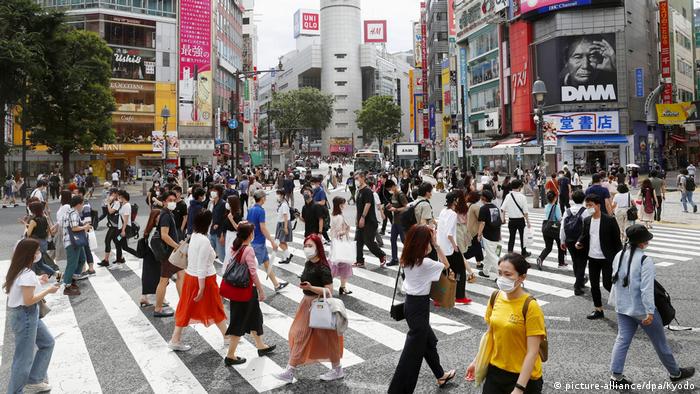 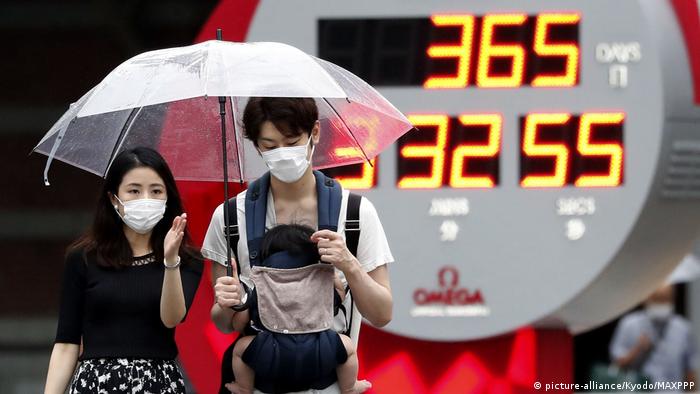 One of the earliest examples of symptomless transmission during the pandemic was in February aboard the Diamond Princess cruise ship — where a third of the 712 positive cases from the vessel were found to show no symptoms.

In May, the Director of the Centers for Disease Control (CDC) in the US, Robert Redfield, said "as many as 25%" of people infected may not show symptoms.

Studies out of Hong Kong and the UK have estimated that people who don't show symptoms could be responsible for up to half the spread of SARS-CoV-2. Data from initial outbreak clusters in Singapore and China found people who initially did not seem sick contributed to 48% of transmissions in Singapore, and 62% in Tianjin, China.

Higher rates of symptomless spreading and younger people testing positive for coronavirus are likely to be linked, Gandhi said, as asymptomatic infection seems to be driven by healthy immune responses, which young people are more likely to have.

Although there has been debate over whether people can truly be asymptomatic — carrying the virus but never developing any symptoms — as opposed to presymptomatic – infected but not yet showing symptoms, experts such as Gandhi argue this distinction is of little relevance, as the public health risk of symptomless transmission is the same in both cases.

It is not yet clear just how contagious people who don't show symptoms are, or how much they are contributing to the spread of the coronavirus. There is no scientific consensus on how significant the difference is and how it affects the way the virus spreads.

But there is consensus on hygiene measures that have been shown to be effective against the spread of coronavirus, such as regular handwashing, physical distancing and masks. These measures should be a priority, Oshitani argued.

Mask wearing, in particular, is the "key to the pandemic," said Gandhi.

In some places where governments have been forced to reintroduce lockdown measures, such as Australia, health officials have only recently advised people to wear masks in public places regardless of whether they feel sick.

This is in contrast to countries in which mask wearing has been mandated since late April, such as Germany, where one study showed that wearing masks in shops, workplaces and on public transport had reduced the coronavirus transmission rate by 40%.

Although the World Health Organization initially downplayed the role of symptomless transmission, with one of its epidemiologists stating it was a "very rare" occurrence, the group eventually followed suit, and has recommended universal public mask wearing since June 5.

"You may be asking, 'What do we do if there are people running around with coronavirus when they feel perfectly well?'," said Gandhi.

"You cover up at the site at which the massive shed of the virus is occurring even if you feel fine. That is your most effective strategy," she said.

Dangers of COVID-19 aerosols are underestimated

239 researchers called for an update of the coronavirus guidelines by the WHO, as transmission via ultrafine suspended matter in the air was not sufficiently taken into account. Now the WHO also sees the danger.

As cases continue to rise, the government has ordered police to accompany medics and transfer any infected patients to isolation facilities. Citizens have also been encouraged to report any infected neighbors in hiding.

Travelers who arrive in Germany from high-risk COVID-19 countries could be required to submit to coronavirus testing at airports. Any formal decision has yet to be rubber-stamped.