The move is part of a restructuring plan to cope with the economic fallout of the coronavirus crisis. The airline said it would halve its investment in new aircraft. 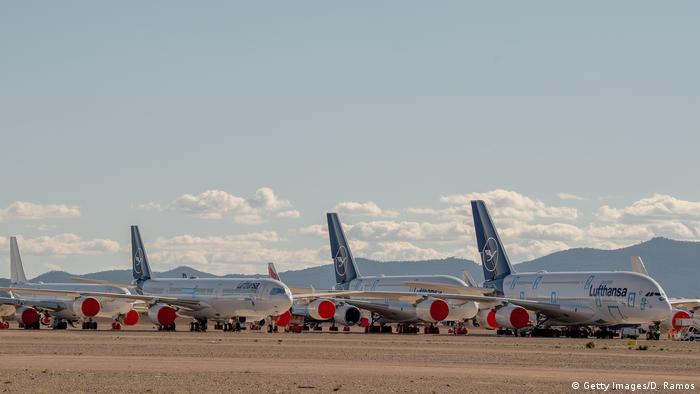 German flag carrier Lufthansa announced on Tuesday that it will cut 20% of its leadership positions and 1,000 administrative jobs, in a restructuring plan to cope with the economic fallout of the coronavirus pandemic.

After downsizing the executive board of the Lufthansa parent company, the corporation is now also planning similar actions at its subsidiaries, with Lufthansa Cargo AG, LSG Group, and Lufthansa Aviation Training set to lose one board position each.

The airline said that it would also halve its investment in new aircraft, although it could still add up to 80 new planes by 2023. According to a statement, the company has already phased out 22 aircraft, including six Airbus A380, 11 Airbus A320 and five Boeing 747-400.

Lufthansa's finances are now secure, after shareholders backed a €9-billion ($10.2 billion) bailout from the German government, and the Austrian and Swiss governments also made commitments, according to a statement.

It added that it wanted to reduce government loans and equity stakes as soon as possible to avoid an increase in interest charges.

"However, the complete repayment of government loans and investments, including interest payments, will place an additional burden on the company in the coming years, making sustainable cost reductions inevitable for this reason as well," the airline said. 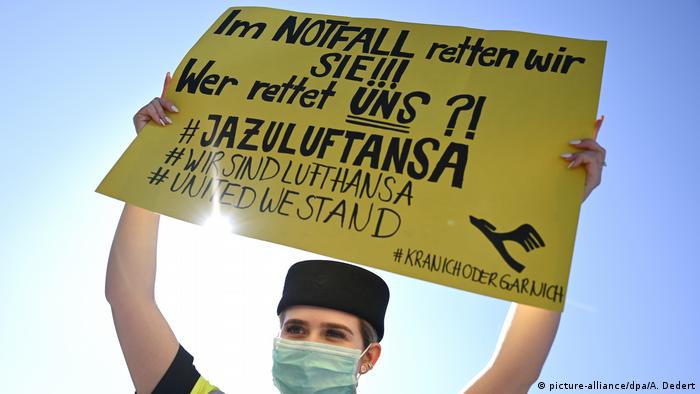 Roughly 22,000 at Lufthansa are liable to lose their jobs, most of them not in the management echelons

According to previous statements, the impact of the coronavirus pandemic on the airline, which currently employs around 138,000 people, has resulted in 22,000 full-time positions becoming untenable.

The group is currently in negotiations with the German trade unions Verdi and Vereinigung Cockpit, which represents pilots, on the restructuring measures. Lufthansa has only been successful so far in making an agreement with the UFO union, which represents German cabin crew.

Additionally, Lufthansa intends to speed up longstanding plans to make its core airline a separate corporate entity, a spokesman said.

In April, Lufthansa cut 100 aircraft from its fleet of about 760, and ceased operations of its budget carrier Germanwings.

The families were seeking a higher payout than the one they had previously been offered by Lufthansa's low-cost carrier. All passengers on board the March 2015 flight from Barcelona to Düsseldorf perished. (01.07.2020)