Almost 1,200 employees will be affected by the closure. The airline industry has been devastated by the coronavirus pandemic and Lufthansa is still considering a €9 billion government bailout. 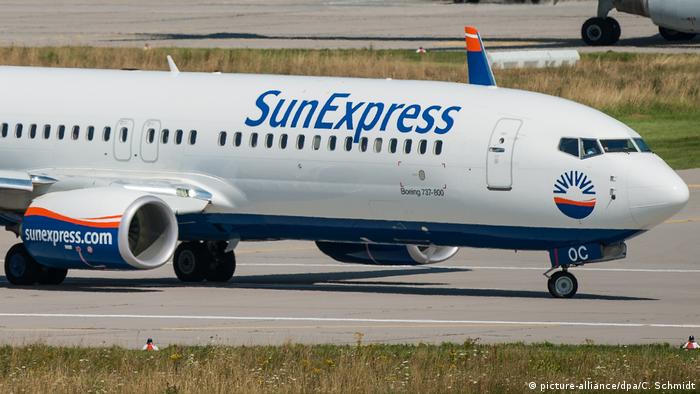 Lufthansa's leisure subsidiary SunExpress Germany is to shut down, it was announced on Tuesday.

SunExpress is an operation conducted by Lufthansa and Turkish Airlines, along with two other airline operators, and employs roughly 1,200 people.

"Flight operations by SunExpress Germany, a subsidiary of Turkish SunExpress, will be ended shortly and an orderly liquidation process begun," a SunExpress spokesman said in a statement.

The spokesman added the leisure airline "will take on responsibility by working through possible solutions in the coming weeks with workers and social partners."

Outstanding flights with SunExpress will be transferred to its Turkish partner, Eurowings or other airlines and bookings already in place would automatically be altered.

Shareholder keen on taking over Lufthansa?

The global coronavirus pandemic has hit the airline industry hard. Lufthansa is currently pondering a €9 billion ($10 billion) government bailout to ensure its survival. However, the deal is stalling as it has yet to be agreed by shareholders.

SunExpress has suffered greatly during the recent crisis with almost all its fleet grounded between April 2 and May 31.

Video: Coronavirus aftermath: Lufthansa bailout up in the air

For the first time in over 30 years, Lufthansa will no longer be listed in the top division of Germany's stock exchange. Although the COVID-19 crisis hit hard, the airline already faced problems before the pandemic. (05.06.2020)

Heinz Hermann Thiele, a 79-year-old billionaire, has threatened to scuttle a bailout package for Lufthansa after buying up extra shares. The airline has warned it may apply for bankruptcy protection if the deal fails. (17.06.2020)