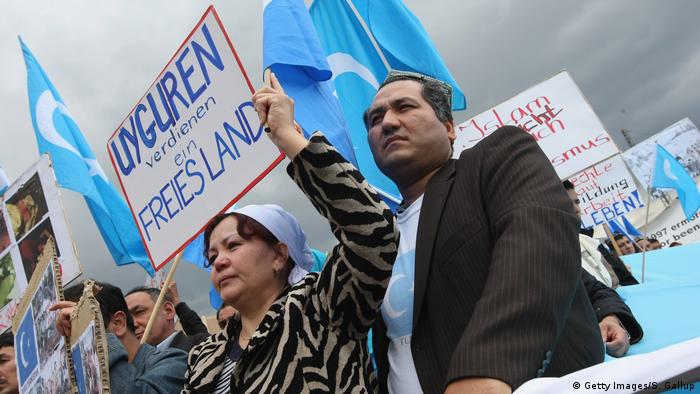 The number of asylum seekers to Germany from China has more than doubled within one year, according to the Federal Office for Migration and Refugees (BAMF) responding to a question by Welt am Sonntag.

Germany received 962 applications from citizens of China in 2019 — up from 447 the year before.

Applications from the Uighur ethnic minority, who largely live in the Xinjiang autonomous region in western China, significantly increased from 68 asylum claims in 2018 to 193 in 2019.

The German federal government recognizes that the situation has been getting "considerably worse" for minorities and those who do not support the Chinese Communist Party governance, according to a current Germany foreign office report on asylum and deportation in relation to China, provided to Welt.

The recognition of the worsening situation from minorities by the German government is reflected in the percentages of asylum applications that are granted. Uighurs and Tibetans — both oppressed minority groups in China — have a higher chance of getting accepted, with Uighur applications having greater than 96% chance of acceptance and Tibetans 75%, according to the response provided by BAMF to Welt.

This is compared to less than the 15% granted in the case of applications by the majority Han-Chinese.

However, there were only 18 asylum seekers from Tibet in 2019.

Experts think that more than 1million Uighurs in the Xinjiang Autonomous Region are currently interned in re-education camps. In the report obtained by Welt from the foreign office, it states that since 2016 there has been an "alarming increase in the repression measures, control and discrimination" against the Turkic-speaking Muslim minority.

High-ranking Chinese analyst Victor Gao defends the detention of an estimated 1 million Uighurs in the Chinese province of Xinjiang on DW's Conflict Zone, by saying China is dealing with extremism and separatism. (18.12.2019)