German report spells out China human rights abuses against Uighur Muslims | Asia | An in-depth look at news from across the continent | DW | 31.01.2020 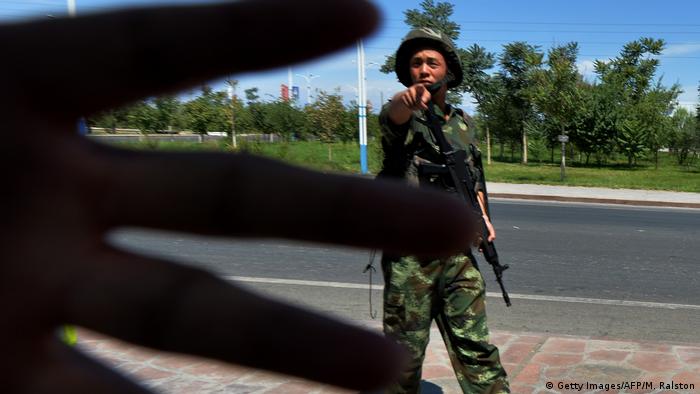 The human rights situation in China's northwestern Xinjiang region has "markedly worsened" in recent years, according to a confidential document compiled by the German Foreign Ministry that was leaked to DW and its German media partners NDR, WDR and Süddeutsche Zeitung.

Since late 2016, there has been an "alarming increase" in repressive measures and systematic discrimination in China targeting Uighurs, as well as other Muslim minorities, according to the report.

So far, the German government has been careful when it comes to openly condemning the Chinese internment camps. German industrial giants like Siemens, along with BASF and VW, operate factories in Xinjiang.

The classified report on human rights in China was compiled by the Foreign Ministry in December 2019 as an advisory document for Germany's Federal Office of Migration and Refugees, which decides on asylum claims.

It was based on information provided by human rights organizations, lawyers, Western embassies and international organizations.

The Uighur are a Turkic-speaking minority based in China's northwestern Xinjiang region. They are predominantly a Sunni Muslim community, and one of the 55 recognized ethnic minorities in China.

In its assessment of the human rights situation in Xinjiang, the Foreign Ministry said that more than 1 million of the roughly 10 million Uighurs living in Xinjiang are thought to have disappeared into a network of prisons and camps that Chinese authorities have been constructing since late 2016.

Many are held indefinitely. Some are moved to labor camps, and others are allowed to return home under the strict supervision of local authorities, with their freedom of movement strictly curtailed.

According to the report's authors, the Chinese motto of the camps: "transformation through education," is in actuality a "euphemistic term for draconian ideological training courses."

The report also said there are reports of mistreatment, sexual violence and deaths in the internment camps. Uighurs whose relatives live abroad are put under increased surveillance and having contacts abroad can lead to internment and interrogation.

The Chinese authorities claim that the camps are vocational training centers they set up to fight "extremist ideas" and provide Uighurs with "valuable skills." Detainees are said to undergo a rigorous indoctrination process and Mandarin language courses.

Deported to China and 'disappeared'

According to the report, China is pressuring the governments of Egypt, Kazakhstan, Malaysia, Pakistan and Thailand to deport Uighurs back to China. There is no information about these peoples' "whereabouts," the report said.

Chinese citizens considered as being what authorities call "subversive" minorities are in danger of disappearing "indefinitely" should they be deported back to China, it continued. These groups include Uighurs and Tibetans. 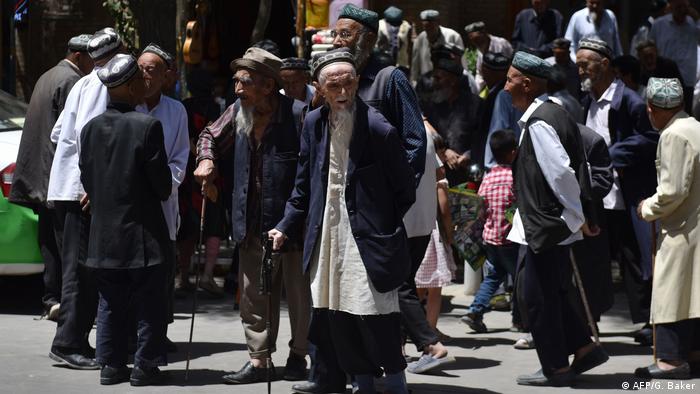 Due to the ethnic and territorial tensions, Uighur Muslims have long faced cultural and political discrimination in China, which has led to widespread discontent and, at times, violence.

In 2014, a terror attack was carried out on a market in Urumqi, killing 31 people. In response, the Chinese government intensified its surveillance and control of Uighurs.

The German situation report does acknowledge possible links between Uighur separatist factions and the Afghan Taliban and al-Qaida.

However, under the guise of fighting terrorism, China is seemingly punishing an entire population, targeting the Uighur language, religion and culture and placing them under a tight-knit mesh of constant electronic surveillance.

China, the report says, has placed any Muslim — be it Uighur or other Muslim minority — under a general suspicion of supporting and spreading extremist views.

Although the German government is evidently aware of China's systematic violation of human rights, German leaders have been mealy-mouthed when addressing the situation publicly.

In November 2019, Chancellor Angela Merkel told the German Parliament that Germany must "of course criticize" when hearing reports of Uighur internment camps, but she did not specify whom.

Last year, Foreign Minister Heiko Maas called on China to comply with its human rights obligations and has urged Beijing to "clarify its position" on interning Muslim minorities.

In an interview with German newspaper Süddeutsche Zeitung, Maas said, "If indeed hundreds of thousands of Uighurs are being detained in camps, then the international community cannot close its eyes."

The situation report also said it will be important to monitor "the growth of an authoritarian state" with a tendency towards "totalitarian structures" under the hand of President Xi Jinping.

The goal of the Communist Party's oppression of civil liberties is preserving its power domestically, along with the entrenchment of Xi Jinping's claim to leadership. This is reflected in the human rights situation in the country, the report said.