The Chinese government has been slammed for suppressing the Uighur community in the country's western Xinjiang province. Why is Beijing targeting the Uighur? Who are they, and what are their demands? 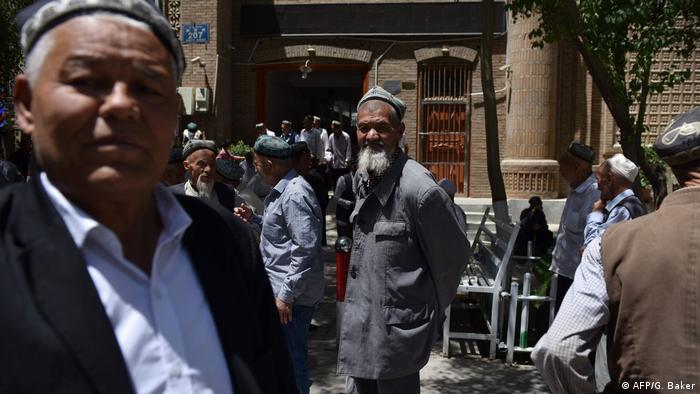 The Uighur are a Turkic-speaking minority based in China's northwestern Xinjiang province. They are predominantly a Sunni Muslim community, and one of the 55 recognized ethnic minorities in China.

Most Uighurs view Beijing as a "colonizing power" attempting to undermine their cultural identity, political rights, religion and to exploit their region's natural resources.

'Original inhabitants' of their land

Wary of the Uighur separatist movements, Beijing has taken several measures to tighten its grip on Xinjiang.

Pro-independence movements among Xinjiang's Muslim community have also been spurred by frustration over the influx of migrants from China's Han majority. Beijing has enforced harsher regulations against Uighurs and raised the security budget for Xinjiang. As a result, tensions between the Uighur and the majority Han Chinese have increased manifold in the past few years.

Violent clashes broke out between Han and Uighur communities in July 2009, killing at least 197 people. Another wave of violence swept across the region in 2012, forcing many Uighurs to flee China.

In 2015, around 100 Uighurs were deported by Thailand to China. The "forced returnees" reportedly faced severe persecution, torture, abuse, and even disappearances in China. Rights groups claim that Chinese authorities have executed several of them in the past.

In October last year, Chinese authorities in Xinjiang revised legislation to permit the use of "education and training centers" to combat religious extremism. Rights groups say that in practice the centers are internment camps in which as many as 1 million minority Muslims have been placed in the past few years.

China's crackdown in Xinjiang has pushed many Uighurs towards radicalization and militancy. Security analysts say that Uighur separatism, which was largely an ethnic conflict, is increasingly taking on a religious color.

Some analysts are of the view that the Uighur case is getting increasingly hijacked by the regional jihadist movements, particularly in Afghanistan where a number of Uighur militants are reportedly fighting alongside the Taliban and al Qaeda.

Many of the Uighur militants are organized under a group called the East Turkestan Islamic Movement (ETIM). The ETIM was listed as one of the "more extreme separatist groups" and as a terrorist organization by the US in 2002. According to the UN, the ETIM is associated with al Qaeda and its fighters are believed to have fought alongside them and the Taliban in Afghanistan against NATO troops.

Experts say that Uighur militants also received combat training in Chechnya and were involved in terrorist activities in Kyrgyzstan. Reportedly, the ETIM also sent its members to fight for "Islamic State" (IS) in Syria.

Uighurs who fled to the US and Europe say that Chinese authorities are trying to suppress their activism by going after their family members still living in China. Uighur activists say that their released family members discouraged them from protesting against China's internment program in Xinjiang. They say that it is becoming increasingly difficult for them to raise the Uighur issue on international platforms.