A new policy paper has defended China’s attempt to strike hard at extremism. The crackdown forms part of a strategy that includes "standardized" education camps, where activists say one million people are detained. 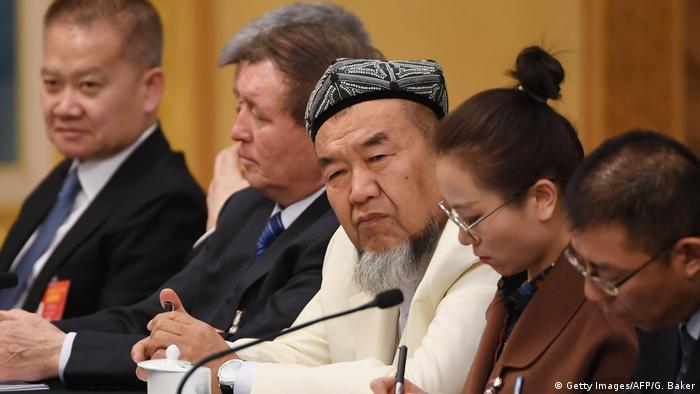 Chinese authorities defended their ongoing crackdown in the western region of Xinjiang on Monday, claiming they had arrested nearly 13,000 terrorists and broken up hundreds of "terrorist gangs" since 2014.

The policy paper issued Monday attempted to face down growing international criticism of what the United Nations describes as internment camps, apparently holding more than one million ethnic Uighurs and other Muslims.

The State Council, China's cabinet, said the measures "strike the right balance between compassion and severity" in stemming the threat of Islamist militancy and called the camps vocational training centers.

The report said 458 people had died in 30 attacks since 1990, but gave little evidence of what crimes had occurred.

A relatively small number of people — such as ringleaders — received strict punishment, the document said, while those influenced by extremism were re-educated. 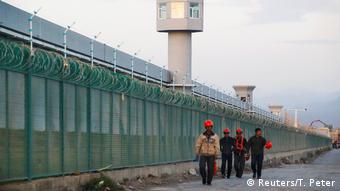 "Counter-terrorism is a political excuse to suppress the Uighurs. The real aim of the so-called de-radicalization is to eliminate faith and thoroughly carry out Sinification," he said.

In 2017, Raxit told Radio Free Asia that Uighurs were ordered to hand in "any Islam related item" and authorities confiscated all Korans printed after 2012.

Beijing has spent decades trying to suppress independence sentiments in the region, fueled in part by an influx of China's Han majority.

International consternation has grown over what Beijing has called "vocational education centers" since satellite imagery revealed the camps springing up over the past two years on a massive scale.

The policy paper said the centers were voluntary and offered "standardized" education, similar to boarding schools. 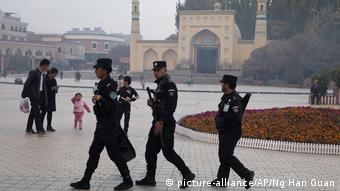 A mosque in Xinjiang. There are between 11 and 15 million Uighurs living in China

People in the so-called training centers were given a step-by-step program of Mandarin Chinese followed by study of the law and various vocational skills, it said. It maintained that trainees were allowed to visit home, ask for leave and receive completion certificates.

But testimony from camp survivors and their families has spoken of beating, torture, abuse and not being allowed to leave the facilities, which resemble prisons.

Officials have said the rights groups' estimate of one million detainees is exaggerated.

The European Union will hold talks with China over its relationship next month.

The report claimed extremists had fomented separatist activities by "falsifying" the region's history.

Xinjiang has been an inseparable part of Chinese territory and the Uighur ethnic group evolved from a long process of migration and ethnic integration, it said.

"They are not descendants of the Turks," the report said. It also downplayed Islam's role in the region's history, saying that while Xinjiang had been influenced by Islamic culture, that did not change the "objective fact" that Xinjiang's culture is merely a part of a wider Chinese one.

Many Uighurs argue that they speak a Turkic language, are more closely related to other Central Asian countries and regard Xinjiang as East Turkistan. They claim the Manchu empire invaded in 1876.

Many of Xinjiang's history archives are closed to foreigners and most locals.

The United Nations says China's treatment of Uyghurs and other Muslim minority groups may constitute crimes against humanity. Rian Thum is a historian and senior Lecturer in East Asian History at Manchester University. He tells Brent Goff on The Day that China's policies are a "huge threat" to Uyghur culture.