Chemnitz and Kandel: How hashtags shape German politics | Germany | News and in-depth reporting from Berlin and beyond | DW | 06.09.2018

The conflict over migrants and murders is being waged more on social media than on the street. Far-right groups dominated the discourse around Kandel, but Chemnitz was another matter. 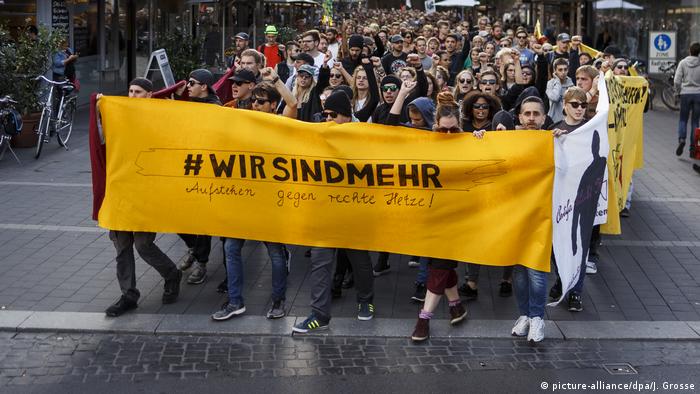 On September 3, nearly everyone of any political significance in the country was tweeting out his or her take on the protest concert staged to condemn the far right's instrumentalization of the killing in Chemnitz of a German man on August 26 , allegedly involving an Iraqi and a Syrian refugee.

Meanwhile, the asylum-seeker convicted of killing a 15-year-old girl in the town of Kandel in the state of Rhineland-Palatinate was sentenced to eight and a half years.

Media researchers Wolfgang and Mathias König from Landau University in the region examined tweets by leading politicians on that day. They found that while the right-wing populist Alternative for Germany party (AfD) rushed to express outrage, the governing Social Democratic Party (SPD) in the state stayed silent on social media.

"The struggle to determine how the event was interpreted under #Kandel was ceded to the AfD," Wolfgang König told DW. "The SPD leadership in Rhineland-Palatinate [the federal state in which Kandel lies] and the national party leadership didn't tweet about the verdict during the period in question."

Read more: Far-right demonstrators face off with counterprotesters in wake of girl's murder

Political consultant Martin Fuchs, who specializes in social media, told DW that #Kandel was a boon for the far right, who were able to take a singular, exceptional event and "abstract" it into a national problem. He, too, thinks the lack of a response from the SPD may have been a mistake.

"If I see the AfD posting a lot on Kandel, I'd also use the hashtag to make my positions visible and show the silent minority that there is an alternative voice," Fuchs says.

So why didn't Social Democrats respond? Was it part of a general strategy or was it the specific nature of the Kandel news? 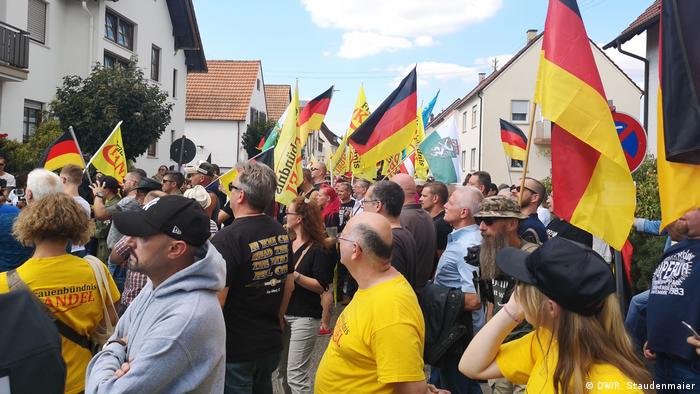 The battle to be more

The general secretary of the SPD in Rhineland-Palatinate, Daniel Stich, rejects the idea that his party dropped the ball on the Kandel sentencing. He says the party made its views known before September 3 and points out that the court verdict came just as public attention was focused on Chemnitz. That's why he and other regional Social Democrats tweeted about the situation in Chemnitz — five hundred kilometers to the east — and not the one in their own region.

After 65,000 people attended the anti-right concert  in that eastern German city, the hashtags #Chemnitz and #wirsindmehr ("We are more" — the concert motto) continued to be used in tens of thousands of tweets throughout Germany. The reasons why #Chemnitz drowned out #Kandel may have to do with the nature of the medium itself.

"If we look at #Chemnitz in comparison, we do see democratic forces standing up to the AfD," Mathias König says. "But with #Chemnitz, the state came under criticism from both sides: the left accused it of beign too lax on Nazis, and the right, too lax on refugees. What's problematic is that Twitter polarizes and damages the democratic state, because when a verdict is rendered, only the critics speak up." 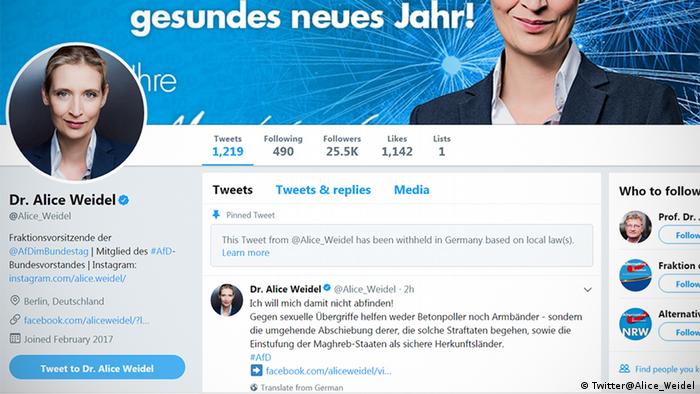 The AfD was founded as a digital party, and most of its leaders as avid Twitter users

Fuchs agrees that social media and particularly Twitter is a genre that tilts dramatically toward the negative. People are more likely to tweet about what they hate than what they like. That, says Fuchs, favors Germany's most negative party, the AfD.

And the far-right populists may also have another advantage as well. Founded only five years ago, the AfD is at its core a digital party, whose members first came together on platforms like Facebook. As such, in contrast to the traditional parties, its structures are perfectly suited to the digital age.

"In terms of the nuts and bolts, and for its target audience, everything the AfD does is very good," Fuchs says. "The AfD has succeeded in getting even the tiniest local chapters to have their own Facebook pages. The other parties don't have this. And there aren't even procedures in place to change that." 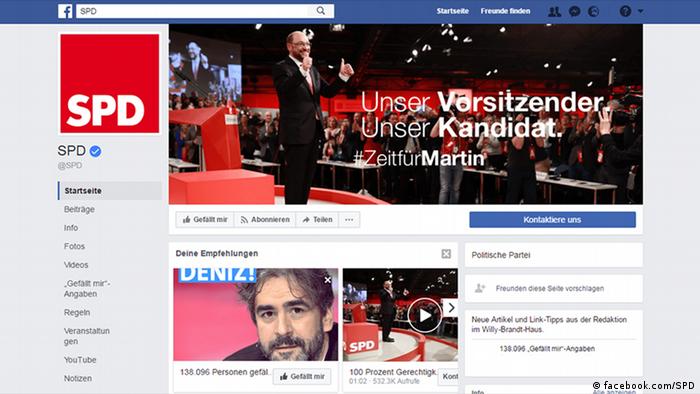 The SPD has focussed more on Facebook, but the party is doing poorly in opinion polls

With the upstart AfD rivalling and even outperforming Social Democrats in some public opinion polls, it's tempting to conclude that the SPD and the other established parties are losing the digital battle. But Stich cautions that the importance of Twitter should not be overestimated. He also points out that the SPD puts its social-media focus elsewhere.

-"Malu Dreyer has the greatest Facebook reach of all Rhineland Palatinate politicians," Stich told DW. "She was also the first state premier with an Instagram profile. If we're talking about digital communication we have to look at everything and ask ourselves how we can best reach people."

While acknowledging the AfD's success in mobilizing supporters, Stich suspects that the populists' social-media numbers may be inflated by fake followers and bots. And he says that when Social Democrats put their minds to it, they can compete digitally and set the online agenda.

"We have achieved something – the hashtag #wirsindmehr is doing well," Stich says.  "The impression that only one side is active is deceptive."

A publicity victory in Chemnitz

In the war to determine the prevailing narrative, Chemnitz was a battle won by the traditional parties and opponents of the AfD and other far-right populist groups. Images of the tens of thousands of anti-AfD concertgoers on Monday overshadowed those of the thousands of far-right supporters at the march of mourning for the Chemnitz murder victim, which was co-sponsored by the AfD two days before.

That was in part due to the appeal of the #wirsindmehr hashtag, invented by the bands who played at the concert.

"#wirsindmehr didn't have a tinge from any particular political party, especially those on the left," Fuchs says. "Many of the demonstrators didn't want to be pigeonholed as leftists. They were supporters of democracy."

Hashtags don't need politicians to establish themselves, and in fact the most emotive ones may tend not come from politicians or political marketers. But politicians are the ones who translate digital trends into law and policy while themselves being heavily dependent on which way the winds blow online. One message that can be derived from Kandel and Chemnitz is that no one can afford to ignore the power – and demands – of social media.