Bundestag cybercampaigns take to Facebook and Twitter | Germany | News and in-depth reporting from Berlin and beyond | DW | 13.02.2017

The presidential election in the United States has made it abundantly clear that social media is a vital tool for winning voters. So how do political parties in Germany approach online campaigning? DW takes a look. 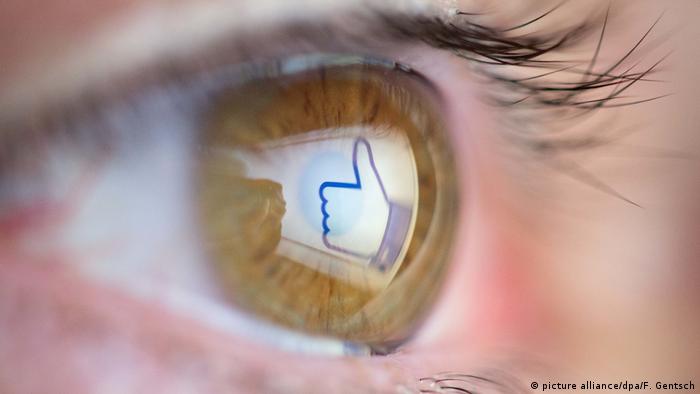 Many members of the Social Democratic Party (SPD) wish Germany's 2017 elections could take place right now. The SPD is currently riding a wave of euphoria unleashed by Martin Schulz's candidacy for the chancellorship, and bolstered by the election of Frank-Walter Steinmeier as German president - both of which are perfect occasions for tweeting and posting on social networks.

Steinmeier demonstrated his prowess in this regard on the day of the election. He posted a picture on his Facebook page of his wife straightening his tie; then, shortly afterwards, users saw the two of them holding hands on their way to the Bundestag. This was followed by the photo from his voter ID card, then by a picture of the current president, Joachim Gauck, congratulating him; and finally, Steinmeier's own speech of thanks.

The SPD has set up a "central election platform" for Schulz supporters under the hashtag #kampa17, for all those who "want to set about making Germany a better place."

Angela Merkel's Christian Democrats (CDU) do not yet seem to have begun campaigning online. On the party's Instagram page is a photo of the chancellor handing a bunch of flowers to Steinmeier after his election to the presidency. The CDU was, after all, instrumental in putting him forward for the job: He was the candidate of both coalition parties.

The Left party looks more as if it's gearing up for the campaign. You can download a draft of its election program from the homepage, and speeches by party leaders on the subject are positioned at number one on the party's YouTube channel.

By putting forward a candidate for the presidency, the poverty researcher Christoph Butterwegge, the Left clearly distanced itself from the CDU-SPD grand coalition, and this is also how the party has presented itself online. With 170,000 likes on Facebook, the Left has more fans than the CDU, the SPD or the Greens.

When it comes to Facebook fans, the Alternative for Germany (AfD) is doing better still. The far-right party also has the most subscribers to its YouTube channel. Both off- and online, it's been campaigning against all the other parties for quite a while now - and is happy to use insinuation and false "facts" to do so.

Thus, the AfD's Facebook page still claims that the Federal Criminal Police Office believes refugees are more dangerous than Germans. When it made this assertion, the BKA immediately corrected it: It does not correspond to the facts. A user has pointed this out underneath the AfD post - but the party itself makes no mention of the correction on its page.

The Greens have had similar experiences to the AfD's. Their press office reports that a local right-wing group posted a fake anti-German statement on Facebook, allegedly made by the Greens, as a counterfeit "Green perspective." Users exposed it as fake news, however, and it has now disappeared.

So far, the Greens' online campaigning is still muted. They congratulate the new German president, but otherwise the spotlight is on their own leading candidates, Katrin Göring-Eckardt and Cem Özdemir. The Greens' press office told DW that they don't want to rely on the internet alone. Campaigning on the street - direct contact with voters - has always been very successful, they said. The campaign budget has been divided equally between online and personal campaigning. Party members can also book workshops for campaigning on the street and door-to-door, as well as for "debating with right-wing populists at the stall."