Prosecutors in eastern Germany are looking into who illegally published an arrest warrant for a suspect in Sunday's fatal stabbing. It was shared on far-right sites, including those of protest organizers. 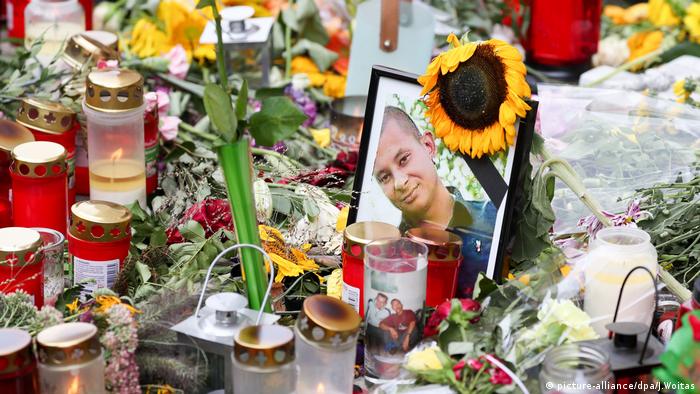 Saxony's Justice Ministry confirmed Wednesday that an investigation was underway into the illegal online publication of an arrest warrant tied to a stabbing in Chemnitz on Sunday.

The deadly stabbing of a German-Cuban man spurred violent demonstrations by far-right groups after police handling the crime said that "various nationalities" had been involved.

The warrant's leak is the latest development to draw attention to the eastern German city. Regional police have faced criticism in the aftermath of the protests for underestimating the demonstrations, while social media also has come under fire for its role in fueling the violence, with officials saying far-right groups spread misinformation online.

A press spokesperson from the public prosecutor's office in Dresden told DW that it had been assigned to handle the investigation into the leak.

"We are assuming that the copy that appeared online is of an original document," Lorenz Haase, the office's spokesperson, said. "However, we can't yet verify this 100 percent."

The warrants for the two suspects in Sunday's stabbing of the 35-year-old man had been issued on Monday. Officials refused to confirm to news agencies which of the two men's warrants had been published online.

One suspect was born in Iraq, the other in Syria. Both men are in police custody. The far-right organizers behind the violent protests used the suspect's foreign-born backgrounds as a rallying call for the anti-immigrant protests.

The warrant appeared online with multiple pages blacked out, AFP reported. However, the document named the victims, the judge to preside over the case, and the suspect's personal details.

Among other places, the warrant was posted on internet pages belonging to Lutz Bachmann, a prominent member of the far-right, anti-immigrant group PEGIDA, which was founded in Dresden in 2014. German media also reported that the warrant was shared by another far-right group, Pro Chemnitz, which organized the anti-foreign rallies following the stabbing.

Pro Chemnitz said that the arrest warrant had been "provided" to the organization.

The source of the leak remains unclear. "We can't say anything about that right now," spokesperson Haase said.

According to the local court that issued the warrant, the document would have been accessible to the public prosecutor's office, the police, the penal institution and officials in charge of transporting the suspects.

A statement from the Saxony's Justice Ministry said that the issue would be "cleared up as quickly as possible and the necessary legal consequences taken." 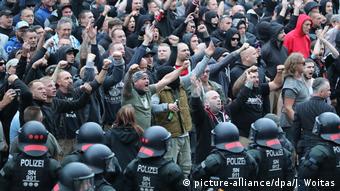 The publication of the arrest warrant can be prosecuted as a crime based on the release of confidential information. The punishment varies according to the specific charges.

Haase did not believe that the publication of the arrest warrant would complicate the separate investigation into the two suspects' roles in Sunday's murder.

Right-wing groups have called for more demonstrations to take place on Thursday, when Saxony's premier will meet with local citizens in Chemnitz.