Germany: Refugee sentenced to 8 years and 6 months for teen murder

An asylum-seeker, thought to be from Afghanistan, has been given an 8-and-a-half-year prison sentence for the murder of a teenage German girl. The case has fueled debate on asylum policy in Germany. 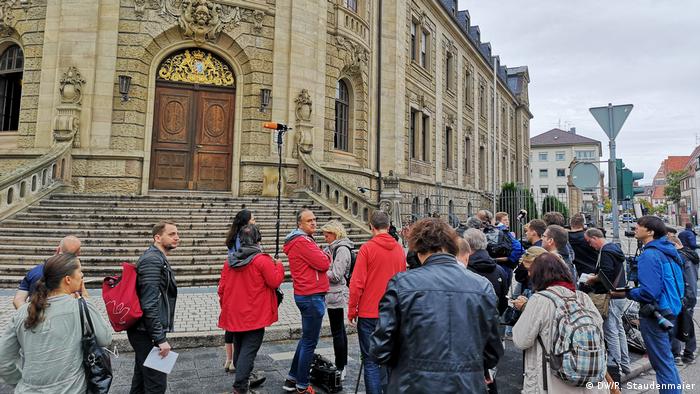 A court in the southwestern German city of Landau on Monday sentenced asylum-seeker Abdul D.  to eight years and six months in prison for the murder of a teenage girl in the town of Kandel in December last year.

The murder had been seized upon by many opponents of Chancellor Angela Merkel's refugee policy to support their anti-immigration stance. The case has received great media attention in Germany, and many reporters were present outside the court as the verdict was announced.

Abdul D.'s lawyer, Maximilian Ender, told reporters that he thought the court's decision was correct and that his client had "accepted" the sentence.

After following the course of events surrounding the murder, Martin Müller, a 53-year-old from Offenbach, showed up outside of the court to protest the verdict.

He told DW that he "spontaneously" decided to come to the courthouse after hearing about the verdict on the radio.

"As a concerned citizen, you thought about what would be an appropriate sentence for this crime and these 8.5 years are clearly not enough," he said.

Another passerby, Christoph Hückstädt, 23, also told DW that he was disappointed with the sentence.

"I don't think it's right," Hückstädt said. "He should have gotten 10 years. It was murder." 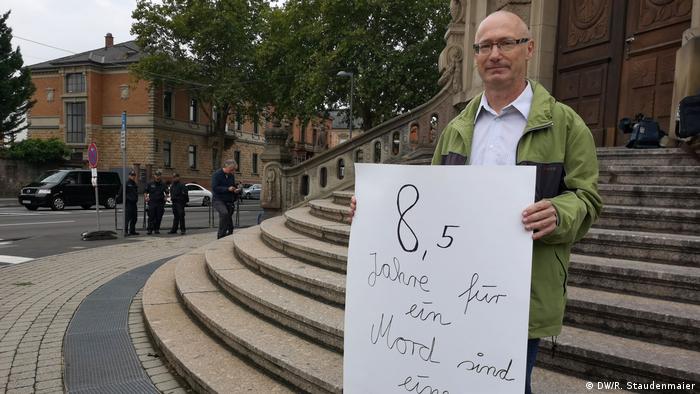 Fifteen-year-old Mia V. was stabbed to death in a drugstore by her ex-boyfriend Abdul D., believed to be from Afghanistan. The teen was stabbed seven times with a kitchen knife that had a 20-centimeter (7.9-inch) blade.

According to prosecutors, the two dated for several months until Mia V. ended the relationship in early December. After the breakup, both she and her parents went to the police about Abdul D.'s harassing and threatening behavior. Prosecutors believe he acted out of jealousy and was seeking revenge for the breakup.

Abdul D. entered Germany in the spring of 2016 and was registered as an unaccompanied minor. He first lived in a juvenile care institution in the Germersheim district in the state of Rhineland-Palatinate. He was later transferred to a supervised living group in the town of Neustadt and attended school in Kandel, where he met Mia V. 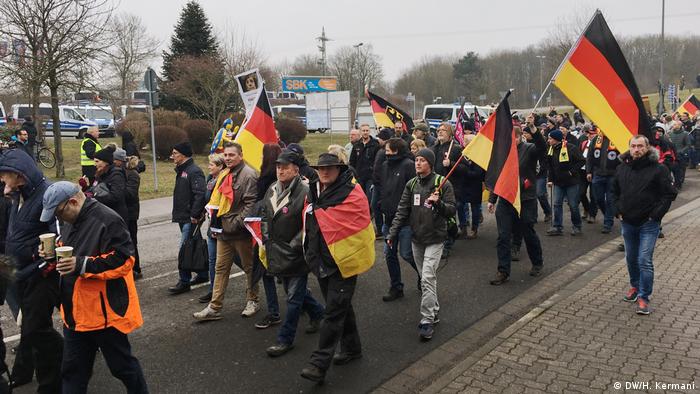 As authorities believe Abdul D. was underage at the time of the attack, he was tried as a minor. The maximum penalty for murder under German juvenile law is 10 years.

However, prosecutors have cast doubt over Abdul D.'s age. Although he says he was 15 when the stabbing occurred, an expert medical assessment ordered by the public prosecutor's office said that he is likely between 17 and 20 years old. Abdul D.'s lawyer has denied that the boy is older than 20.

When asked why Abdul D. was convicted of bodily harm along with the murder charge, the court's press spokesman Robert Schelp said he couldn't give any further information about the case at this time, as it was closed to the public due to the defendant's status as a minor.

He also said that the the prosecution called for a 10 year prison sentence for murder while Abdul D.'s defense attorney pushed for 7.5 years for manslaughter.

Months of protests over murder

The case sparked several months of anti-immigrant rallies and counterprotests in Kandel, a small town near the French border. The population of around 9,000 has been regularly swelled since January as demonstrators from leftist and right-wing groups have descended on the town.

Hundreds of people took part in a right-wing protest on Saturday by the "Kandel Women's Alliance" — which was organized by a man. Dozens of counterprotesters from leftist antifa groups as well as local residents were also present.

The focus of the right-wing protests has shifted away from Mia V.'s death. They have become platforms for anti-refugee and anti-Islam sentiments, with demonstrators blaming the media and German Chancellor Angela Merkel's government.

Local residents with the "We are Kandel" group accuse the right-wing demonstrators of instrumentalizing Mia V.'s death and misrepresenting their town. 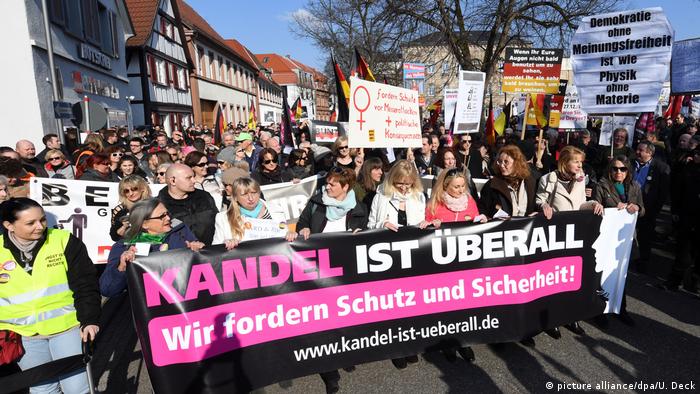 In a similar case, the eastern German city of Chemnitz saw days of violent right-wing protests after a German man was stabbed to death last Sunday, with a Syrian and an Iraqi man currently in police custody over the death.