Bundesliga talking points: Are Leipzig ready for a title challenge? What about the fans? | Sports | German football and major international sports news | DW | 14.09.2020

Bundesliga talking points: Are Leipzig ready for a title challenge? What about the fans?

A new season in strange times kicks off this weekend, and there's much to look forward to. Is another Bayern Munich title inevitable? DW presents five big talking points to get fans excited ahead of the 2020-21 campaign: 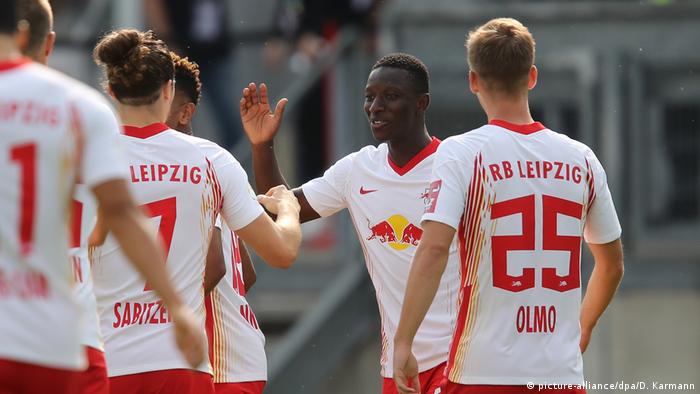 1. The title race: Are RB Leipzig ready to sustain a challenge?

There's no denying it: Bayern Munich are clear favorites once again as they aim for a ninth straight Bundesliga title — especially after recruiting Leroy Sane. And, as usual, Borussia Dortmund look best set up to push them — especially if they do indeed retain the services of Jadon Sancho.

But what about RB Leipzig?

The Red Bull-backed club are highly ambitious and are coming off the back of a season in which they achieved two major firsts: they were top of the league at Christmas and went on to make a debut appearance in the Champions League semifinals.

Domestically, however, Julian Nagelsmann's side were ultimately for a chronic inability to turn draws into wins, drawing an incredible 12 games — a joint league high alongside mid-table Schalke and relegated Düsseldorf.

The squad is packed full of talent from central defender Dayot Upamecano to midfielder Konrad Laimer to tricky dribbler Christopher Nkunku. But — and it's a massive 28-goal "but" — they've lost Timo Werner.

RB Leipzig owe their very existence to big money spent smartly, but if they are only prepared to invest part of their Werner cash, they may once again fall flat and trail the top two.

They still have time in the window, but so far it doesn't exactly smell like ambition … 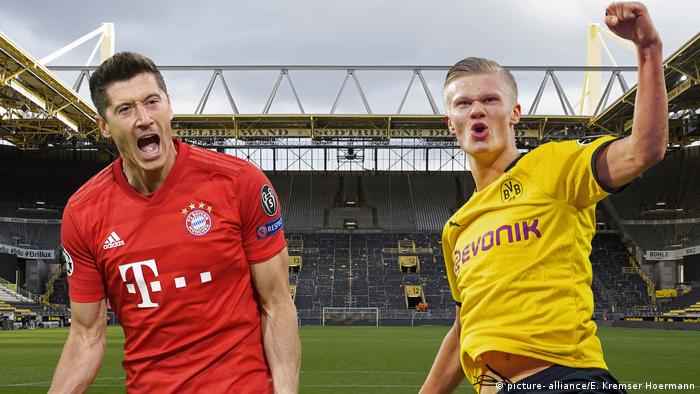 Robert Lewandowski exceeded even his own lofty standards last season, banging in 55 goals in 47 games (in all competitions). He crowned the season with his first personal Champions League triumph and, if the Ballon d'Or had been voted on, he would without doubt have been the outstanding candidate.

But in his shadow lies Dortmund's devastating new front man, Erling Haaland. The Norwegian teenager scored 16 in just 18 games as he got off to a flying start in black and yellow and, with a full (well, kinda full) preseason behind him, you wouldn't be totally mad to back him for the Bundesliga's "Torjägerkanone" — the brilliantly named goalscorer's cannon.

Other candidates for the cannon could be found at Borussia Mönchengladbach, where head coach Marco Rose will be hoping that Marcus Thuram, Alassane Plea and Breel Embolo continue to fire on all cylinders. 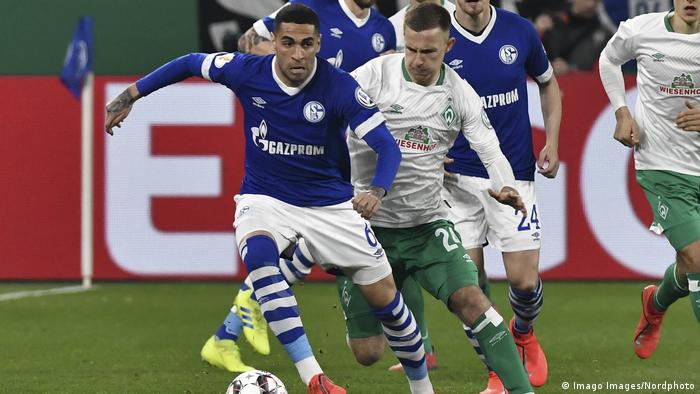 A case of the Royal Blues for the Green and Whites. Both Schalke and Bremen have some making up to do.

3. Fallen giants: Will Schalke and Bremen leave disappointing campaigns behind them?

Leading into last season both Werder Bremen and Schalke were tipped in some quarters to make a charge towards Europe. Yes, seriously. Let's take a quick look at how that worked out …

Schalke managed just one win in 2020 and even that came right at the start of the Rückrunde on January 17. Winless in their final 16 matches, during which they scored just seven goals, Schalke dropped from fifth to 12th in a season sullied by scandal.

They've stuck with David Wagner as coach, but a club devoid of leadership on the pitch has sold its most promising player, Weston McKennie, released midfielder Suat Serdar and brought in a 36-year-old striker, Vedad Ibisevic. Not the most encouraging start for the long-suffering fans of the Royal Blues.

If it's even possible, Bremen's season was even worse.

At least Schalke had a decent Hinrunde to fall back on, but Werder were woeful from start to finish, losing by two goals or more on a total of 12 occasions, including a 0-5 thumping against fellow relegation rivals Mainz. In the end, they saved themselves in the relegation playoff, albeit on away goals.

Like Schalke, they've stuck with their coach, and the ever-popular Florian Kohfeldt does at least have some exciting new talent to work with, including Manchester United loanee Tahith Chong. Milot Rashica, however, is expected to leave.

It's time to see some big improvements from two of Germany's biggest clubs. 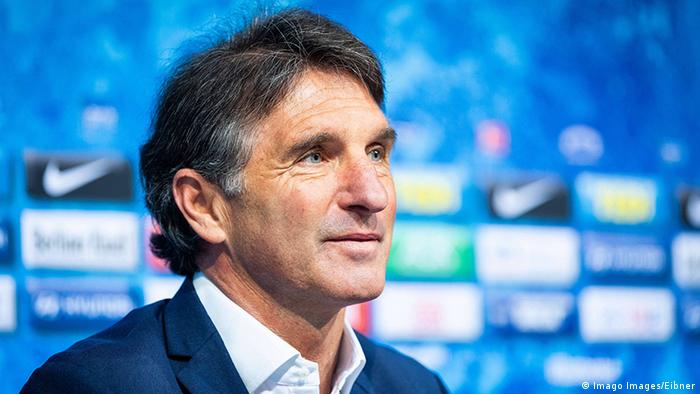 Bruno in Berlin: Labbadia has big money and big expectations at Hertha

As bad as Schalke and Bremen were last season, they could still consider themselves fortunate that another club was hogging all the unwanted headlines. Because, as antics go, Hertha Berlin's season took some beating.

After declaring themselves the "Big City Club" following several hundred million euros' worth of investment by businessman Lars Windhorst, Hertha ended up looking more like a big city circus.

Big fees were spent on big names, not least of all head coach Jürgen Klinsmann. The legendary former Germany striker took over after match day 12 but lasted just nine games before announcing his surprise resignation in a bizarre Facebook post.

Further social media chaos ensued when Salomon Kalou filmed players and staff not adhering to social distancing measures, before Bundesliga veteran Bruno Labbadia eventually steadied the ship but, with Windhorst investing even more money this summer, it's about time the Big City Club started acting like it.

They've not got off to a great start though, losing 5-4 to newly promoted second division side Eintracht Braunschweig in the cup ...

5. The elephant in the stadium: What about the fans?

One of the Bundesliga's most attractive features is its fan culture. Germany's 16 states did green light the return of some spectators in stadiums, but given the state of the coronavirus pandemic, it remains unclear when football grounds will be at full capacity once more.

Despite the federal government pushing for a uniform approach, different federal states have different infection rates and different regulations regarding crowds at big events. In Saxony, for instance, RB Leipzig will be allowed to play their opening home game against Mainz in front of 8,500 fans, while the two Berlin clubs, Hertha and Union, will be allowed to welcome 4,000. Over in North Rhine-Westphalia, however, six Bundesliga clubs are still limited to 300.

Having not been able to attend matches since March, Germany's famously well-organized supporters have remained typically active, launching the nationwide "Unser Fussball" ("Our Football") campaign for fundamental change within the game.

The campaign, which has attracted the support of over 2,600 fan groups and almost 14,000 individuals from across the country, was officially presented to the German Football Association (DFB) and Football League (DFL) this summer, demanding:

Even where fans are permitted, the majority of ultra groups have announced their intention to stay away, citing the absence of standing terraces and their aversion to personalized tickets. Many are concerned that such additional security measures, while necessary in the short-term to combat COVID-19, could be implemented permanently in order to crack down on their fan culture.

Indeed, several clubs have this week signed up to a so-called "Stadium Alliance" to combat the perceived issue of violence in stadiums, while the DFB has announced funding cuts for the pedagogical Fan Projects, who carry out professional social work with football fans.

There is a feeling that Germany's fan culture is on a knife-edge.