Germany's 16 federal states have reached an agreement that will allow a limited number of fans return to football stadiums across the country. The states are to review the pilot project in six weeks' time. 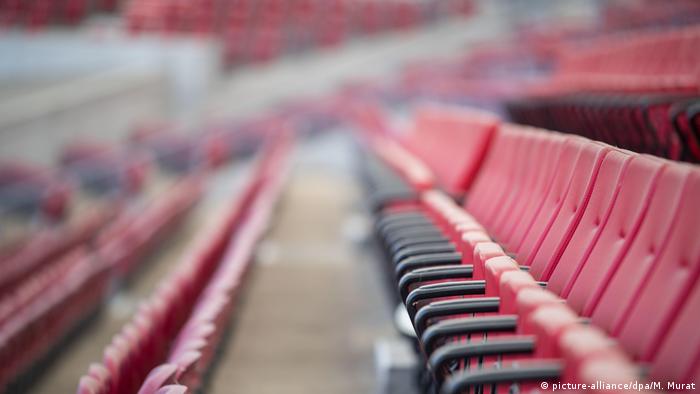 Representatives of the 16 states agreed in a video conference on Tuesday spectators can return to stadiums across the country when the Bundesliga resumes on Friday.

Last season's schedule was completed with teams playing behind closed doors due to the outbreak of the COVID-19 pandemic.

However, the number of fans present is to be limited to a maximum of 20% of any given stadium's capacity. Under Germany's federal system, local health authorities will have the final say on just how many, if any fans are allowed into any particular stadium, depending on the level of coronavirus infections in the region.

The new Bundesliga season kicks off on Friday with defending champions Bayern Munich hosting Schalke in Allianz Arena. It wasn't immediately clear whether fans will actually be able to attend the season opener in Munich.

German Football Association (DFB) president Fritz Keller was one of the first to react to the decision, saying he was "very happy" and expressing his "great gratitude."

"The Bundesliga clubs, but also the clubs and associations of other sports, can be very happy," Borussia Dortmund's chief executive Hans-Joachim Watzke said.

Local authorities have already given some clubs the green light to allow fans to return, with Werder Bremen and RB Leipzig each hosting 8,500 — or around 20% of their stadiums' capacities to watch weekend cup matches live.

Tuesday's decision applies not only to the Bundesliga, but also to lower football leagues, as well as other sports such as ice hockey, basketball, handball and volleyball.

The situation is to be reviewed at the end of October.

Plans have been put in place for the potential return of fans to Bundesliga stadia next season. Reactions from fans have been mixed, but what are the areas of controversy in the plans, and what will change?