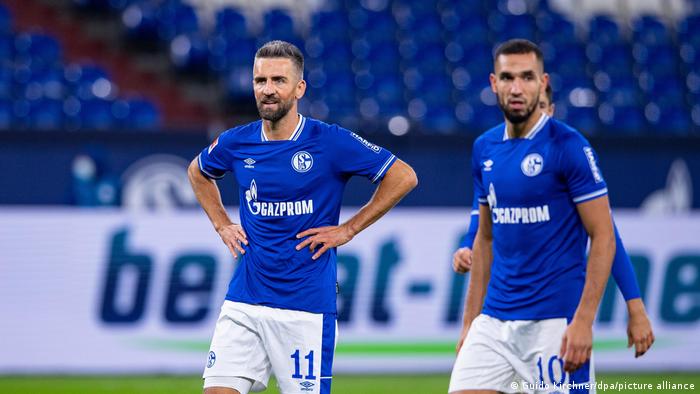 After the 2-0 defeat to Freiburg in mid December, Schalke relieved head coach Manuel Baum of his duties after just 10 league games in charge.

Without a win in 28 Bundesliga games and rooted to the foot of the table, Schalke have been in freefall all season.

Towards the end of November, after a heavy 4-1 defeat by Borussia Mönchengladbach, sporting director Jochen Schneider told "Sportbild" that Schalke "were tearing ourselves apart."

While the origins of the club's crisis lie further in the past, the poor performance against Gladbach sparked another set of trouble for the club. Back then, Royal Blues announced a series of high profile departures on and off the pitch.

"We had differing opinions regarding the sporting future of the club," said Schneider, whose relationship with Reschke had previously been reported to have been no more than "professional." 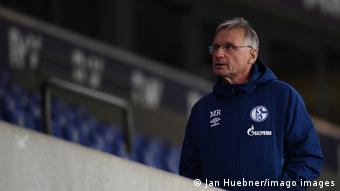 Michael Reschke, who is believed to have fallen out with sporting director Jochen Schneider, had been at Schalke since July 2019

Soon after followed the news that midfielders Amine Harit and Nabil Bentaleb will train individually until further notice, with the latter to leave the club in summer 2021 at the latest. "Schalke and Nabil obviously don't fit together," said Schneider in a statement.

Meanwhile, Schalke's players were said to be shocked when Harit was named in the starting XI ahead of the 0-2 defeat to Wolfsburg last week, given his under-par performances and attitude this season, and the Moroccan was subsequently substituted after just 38 minutes, heading straight down the tunnel and ignorning coach Manuel Baum.

"There were some things that happened last weekend which we were not okay with," explained Schneider. "That’s why Amine has been given time to think."

Finally, striker Vedad Ibisevic, who only signed a matter of months ago on a contract worth less than €10,000, will have his contract terminated on December 31 and is already back in Berlin with his family. The Bosnian veteran was involved in a training ground bust-up with assistant coach Naldo, but Schneider insists that the dispute isn't the reason for the dismissal. "Sometimes in life, it just doesn't work," he said, "but we remain friends."

The departures leave Schalke with a squad of players who, in Schneider's words, "obviously" haven't grasped the magnitude of the situation, or don't want to, but aren't good enough to attract suitors to take them away from the club - all supplemented by youngsters promoted from the youth academy too soon.

"It's so upsetting to turn up here every time and play such helpless football," visibly distraught striker Mark Uth told Sky television  after the Wolfsburg defeat. "We're always a step behind, we're late into tackles and we didn't even get a single yellow card.

"I don't know how we're supposed to win a game like this. I've had enough and I'm just so angry. I feel like just going into the dressing room and crying." 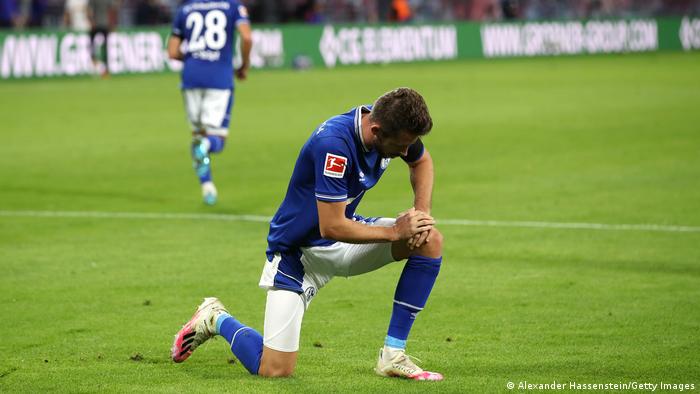 Coaches, players, sporting directors, club officials - there is no single solution to the myriad of problems at Schalke, Bundesliga runners-up under Domenico Tedesco in 2018 and Champions League semifinalists under Ralf Rangnick as recently as 2011, but now facing a battle to stay in the top flight.

But before the problems surrounding the first team can be solved, there are significant structural and economic issues at Schalke which look likely to spark civil war at the club.

When it was reported that football's coronavirus-enforced hiatus could send 13 Bundesliga and second-division clubs into insolvency earlier this year, Schalke were widely presumed to be most at risk. The club ended the 2018-19 financial year with debts of almost €200 million ($224 million), a figure which is predicted to increase to €250 million by the end of the calendar year.

Money-saving measures taken by the club confirmed the suspicions, while the club's relationship with the fans became increasingly strained. A subsequently-retracted request for season ticket holders to explain why they required immediate refunds and the decision to make a number of low-salaried employees redundant were among the reasons for the tensions.

For Schalke fans, the developments could not be further removed from the values they associate with their football club, technically the second largest in Germany with 160,000 members. Schalke pride themselves on their youth academy and continually emphasize their socialist roots in the traditional, working class, mining communities of the industrial Ruhr region. Schalke are technically the second largest in Germany with 160,000 members

In a furious statement, the Ultras Gelsenkirchen, one of the most vocal and well organized Schalke fan groups and one of the largest ultra groups in Germany, criticized the club's supervisory board, its honorary board, its financial management and the perceived abandonment of the club's values.

"This entire season has been a declaration of moral bankruptcy," they wrote at the end of last season. "The club is rapidly losing trust and identification… We will not let the club be taken from us and destroyed."

Meanwhile, preparations are underway, led by club marketing director Alexander Jobst, to propose a fundamental structural change at Schalke, converting the club from a 100% member-controlled club to a corporate partnership. Such a motion would require a 75% majority to be carried at the next annual general meeting, but is likely to meet stiff resistance from supporters who fear the influence of external investors.

Schalke and the slaughterhouse

Schalke have also made negatives headlines off the pitch due to scandals involving former long-serving chairman Clemens Tönnies.

In June, supporters' groups staged a demonstration under the slogan "Schalke is not a slaughterhouse! Against the destruction of our club!" — the wording a direct reference to the coronavirus outbreak at the Tönnies meat processing plant in nearby Rheda-Wiedenbrück.

It's not the first time that Tönnies, a 64-year-old local billionaire who had chaired Schalke's supervisory board since 2001, has made headlines for non-footballing reasons. In August 2019, he was obliged to step down from his position for three months after making comments about Africa which were widely deemed to be racist.

With key players having been released and not adequately replaced and an unprecedented winless streak threatening relegation for the first time since 1988, Schalke's off field turmoil is reflected by their performances on the field.

That November week's developments brought more instability to a great club teetering on the edge. Now, as the end of 2020 looms, not only relegation, but ruin looms for Schalke.