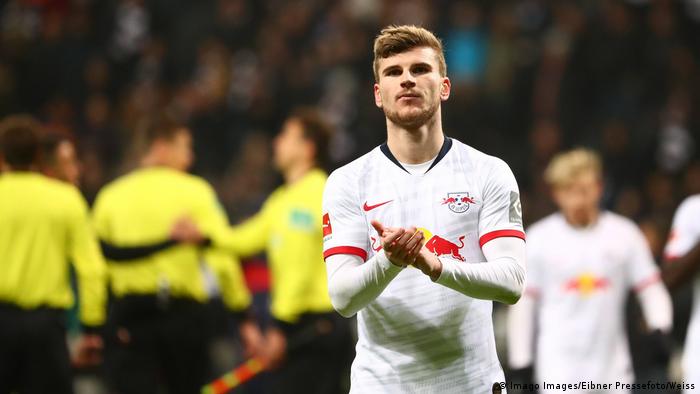 Shortly before 10 pm on Wednesday night, Timo Werner allowed the ball to roll across his path just inside the box before firing a first-time effort into the back of the net to put RB Leipzig 2-0 up against Fortuna Düsseldorf.

It was an instinctive hit from a natural finisher, the sort of strike that the 24-year-old German international has executed to perfection time and time again — the reason why he'd caught the attention of Europe's biggest clubs. But it  was also the start of the farewell.

Less than 30 minutes later, Düsseldorf had canceled out RB's lead with two late goals to condemn the hosts to a fourth consecutive home draw since the restart and leave Champions League qualification still not mathematically secure.

Then, on Thursday morning, came confirmation of what had long been suspected: RB Leipzig confirmed that, after four years in Saxony, Werner would be joining Premier League side Chelsea at the end of the season.

"One step beyond," proclaimed a graphic on RB's Twitter account, featuring dramatic images of Werner with Stamford Bridge and the London Eye in the background. The club even had Werner record a six-second personal message for Chelsea supporters from inside the Red Bull Arena.

It seemed an oddly triumphant way to announce the departure of the club's best player and record goalscorer, the third key player to leave the club in three years, after Naby Keita joined Liverpool in 2018 and Diego Demme moved to Napoli last year.

Perhaps the positivity has something to do with the €50 million ($56m) which Chelsea are transferring for Werner's services, although the London club have also declined to allow Werner to continue to play for RB in the Champions League when the quarterfinals resume in August.

The phenomenon of top players out-growing Bundesliga clubs and signing bigger deals with bigger clubs abroad – and particularly in England – is not new; indeed, it forms the basis of many German clubs' transfer policies and has become a USP for the league.

But it's also one reason why the likes of Borussia Dortmund, Bayer Leverkusen, Borussia Mönchengladbach and Schalke have failed to close the gap on Bayern Munich, since they've generally been obliged to sell their best players the moment they begin to challenge.

The emergence of RB Leipzig and their promotion to the Bundesliga in 2016, however, suggested that that could be about to change. The rise of the Red Bull-backed franchise was and remains controversial and unpopular but, if there was any silver lining, it was the argument that the Bundesliga finally had a team with the financial power to withstand the pressure to sell – either to Bayern or abroad.

After all, this was a club which had spent over €100 million net between 2013 and 2016 to progress from the third division to the Bundesliga and which still benefits from a unique system of farm teams and an international scouting network not available to their rivals.

They've continued to spend big, recording a net spend of over €130 million since arriving in the Bundesliga, despite big money departures. Furthermore, a recent financial adjustment within the club appears to have given them another boost.

RB Leipzig's published accounts reveal that, at the end of the 2018-19 financial year, the club had debts totalling €124 million – €86.3m of which was owed to Red Bull. In April 2019, however, the accounts show that Red Bull converted €100 million of liabilities into club equity – a practise known as a Debt Equity Swap and without which the club's debts would stand at €224 million, even more than Schalke.

"This is nothing unusual or disconcerting, this is a common market move," CEO Oliver Mintzlaff explained to Kicker magazine. "It's about making sure the club is able to operate and withstand crises in the coming years." Given the current financial situation brought about by the coronavirus crisis, RB seem to have made the move just in time, and financial director Florian Hopp has insisted that "this is anything but a gift."

While it's money that RB Leipzig still technically have to pay back, the conditions appear favorable, with no interest but rather dividend payments of 1.353 percent – the equivalent of just €647,000 ($757,000) a year – according to Kicker. Professor Christoph Breuer, a sports economist from the German Sports University in Cologne told football magazine 11Freunde that the Debt Equity Swap was "yet another clever move from Red Bull, exploiting the available room to manoeuvre."

The point is that, from a financial point of view, RB Leipzig's position is unique in the Bundesliga, and they shouldn't therefore be under pressure to sell. But Keita, Demme and now Werner have still left. Playmaker Emil Forsberg has also flirted with AC Milan in the past, center-back Dayot Upamecano has attracted interest from Premier League clubs, while talents such as Christopher Nkunku and Dani Olmo will also likely to go the same way. 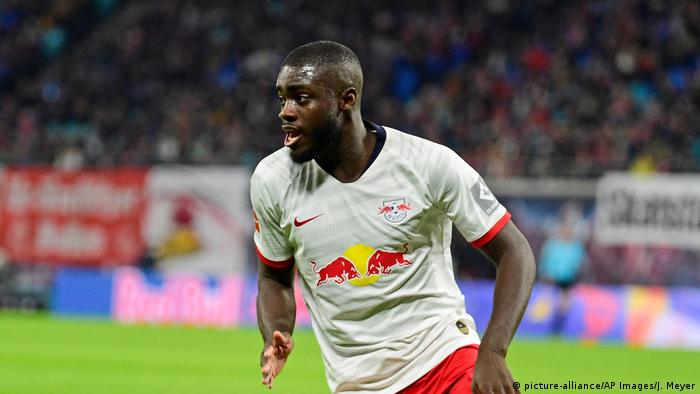 Dayot Upamecano has caught the eye of clubs abroad

Reports suggest they want to reinvest in the Werner money in making Patrick Schick's and Angelino's loan moves from Roma and Manchester City respectively permanent. But neither will compensate for the loss of Werner, which begs the question as to what head coach Julian Nagelsmann intends to do.

He arrived in Leipzig at the beginning of this season with the remit of weaning the team away from its high-octane pressing and counter-attacking style – upon which Werner thrived – and making it more comfortable in possession. From a tactical point of view, it could be argued that Werner doesn't necessarily fit into those plans.

Regardless, the sale of Germany's best striker to a club which is unlikely to progress as far in this season's Champions League hardly seems cause for celebration on the internet. RB Leipzig are still no closer to breaking Bayern's monopoly on the Bundesliga than anyone else and are falling short of their own high expectations.

Bundesliga: Mainz masterclass in Dortmund puts them on the cusp of safety

A famous victory in Dortmund has put Mainz within touching distance of Bundesliga survival. The result leaves Werder Bremen and Fortuna Düsseldorf in a straight fight for the relegation play-off place. (17.06.2020)

Wolfsburg have clinched their fourth consecutive German women's football title. Their dominance in the women's game in recent years has been comparable to that of Bayern Munich on the men's side. (17.06.2020)